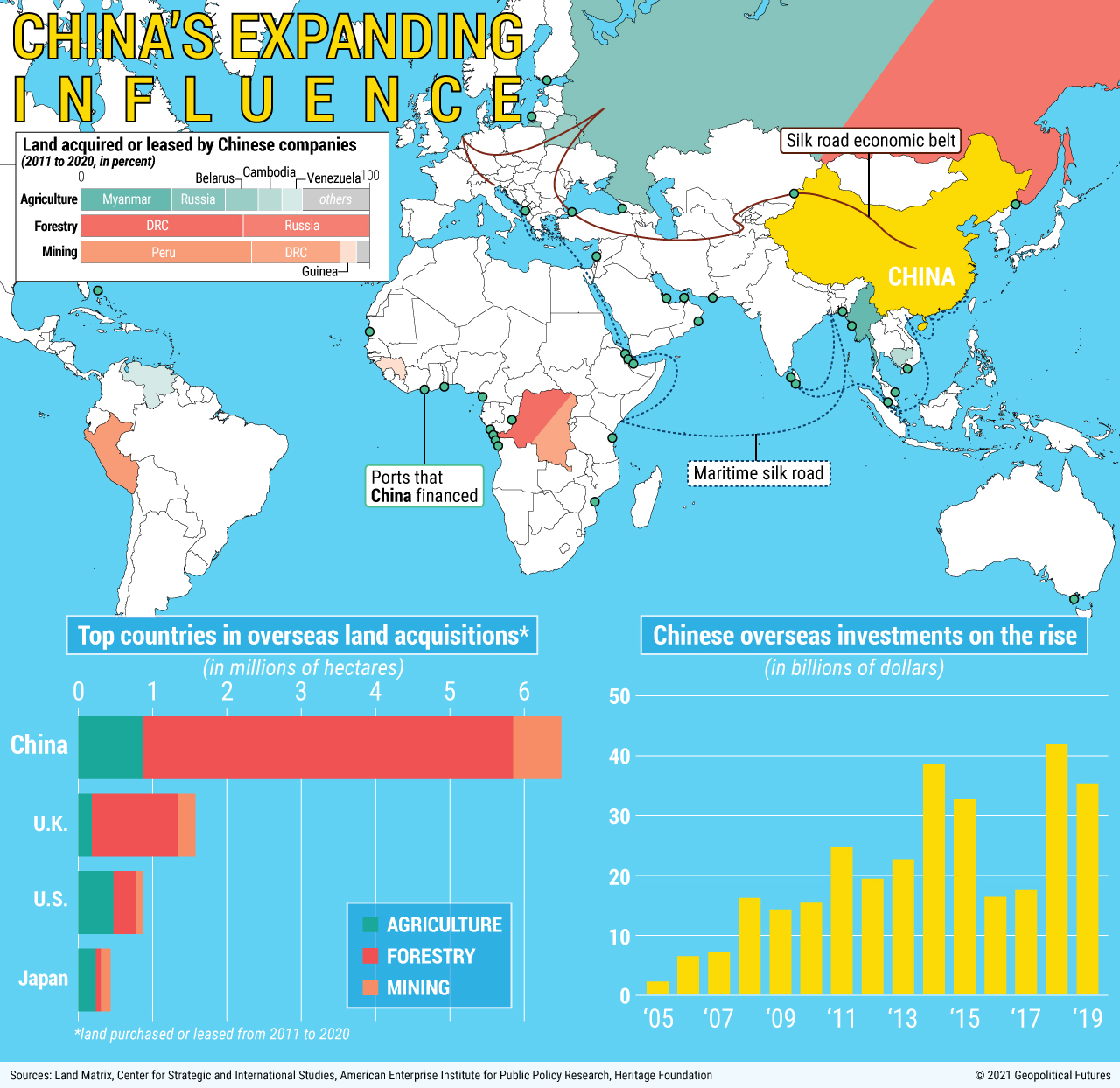 The rapid pace of Chinese growth has expanded the country’s need for natural resources, especially farmland, timber and inputs needed for emerging technologies such as batteries destined for electric vehicles. This has compelled Chinese companies in the agriculture, forestry and mining sectors to acquire lands overseas on an extraordinary scale, particularly in Africa and Asia. According to Landmatrix, between 2011 and 2020 Beijing acquired control of 6.48 million hectares around the world, compared to the 1.56 million controlled by the U.K., the 860,000 by the United States and the 420,000 by Japan.

The increased Chinese influence all around the world has triggered fears and concerns among other states, since emerging and developing countries that accept China’s investments run the risk of falling into the so-called debt trap. For example, after joining the Belt and Road Initiative, Montenegro found itself in a situation where it couldn’t repay the debt it incurred for financing highway construction, and it was forced to ask for Western banks’ help. Countries in this same situation could become significantly exposed to Chinese geopolitical influence. That’s why some countries, like EU member states and Japan, are trying to implement countermeasures to balance Chinese investments in infrastructural projects and land acquisitions.