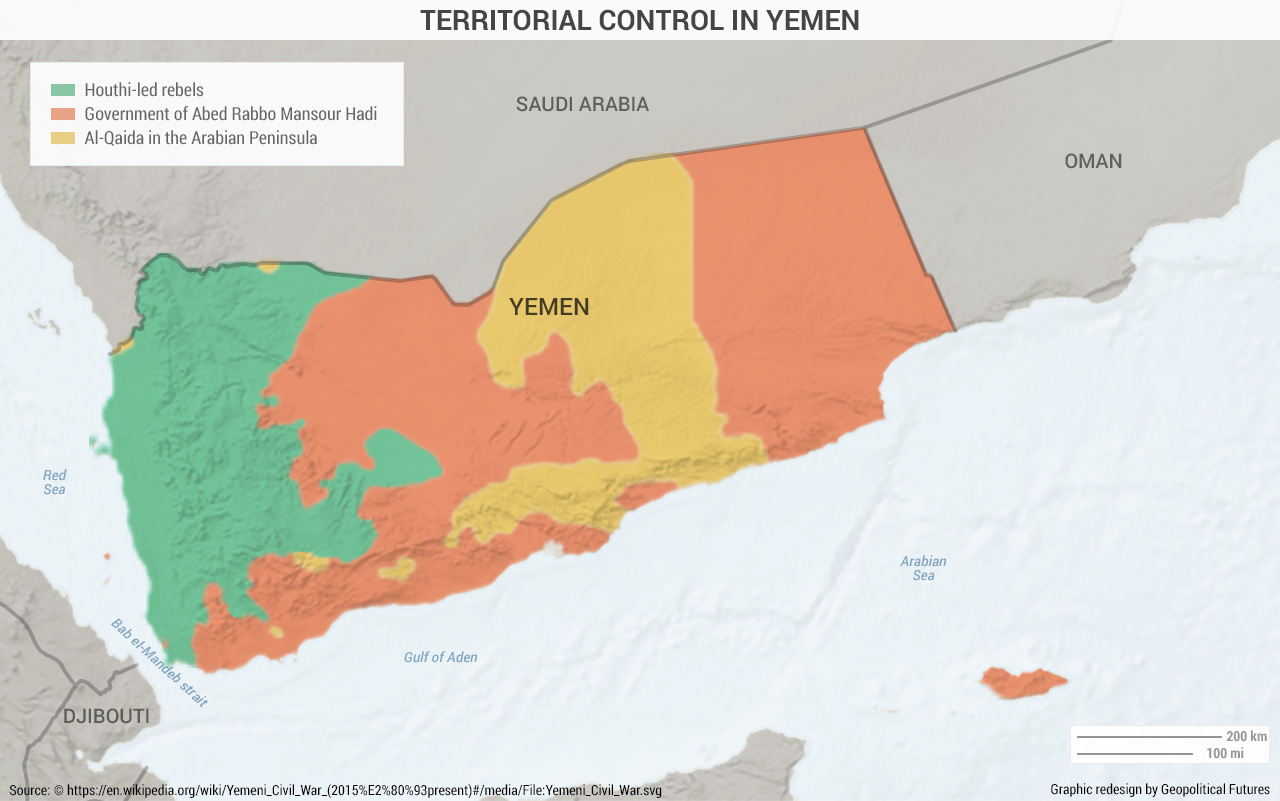 But the country it has become has rarely been fortunate or happy for long. Like many countries in the Middle East, it has been contested for centuries by Sunni and Shia forces, and the contest between them has in part shaped the civil war that rages in Yemen today.

Zaydi Shiites led by a tribe called the Houthis, standing in opposition of the spread of an ultra-conservative branch of Sunnism, launched an insurgency in the late 2000s. Hostilities were ongoing when the Arab Spring reached Yemen in 2011.

Anti-government protesters held mass demonstrations against President Ali Abdullah Saleh, who had overseen the establishment of modern Yemen. He was forced to resign and transfer power to his vice president, Abed Rabbo Mansour Hadi, as part of a Saudi-brokered deal later that year.

With Saleh gone and the resulting regime split into many factions, the Houthi movement became the single-largest political force in Yemen. The Houthis made a secret deal with Saleh to seize power in early 2015 and took control of most of the country. Over the past three years, the Yemeni civil war has morphed into a proxy conflict between the Saudi-backed internationally recognized Hade government and the Iranian-backed opposition led by the Houthis. Al-Qaida in the Arabian Peninsula, meanwhile, is alive a well, thriving in the absence of order endemic in civil wars, and controlling various parts of the country.

Eventually the civil war will end, but for a country like Yemen, which is so geographically, religiously, culturally and tribally diverse, it will be only an intermission to hostilities.

What Really Matters in the Middle East