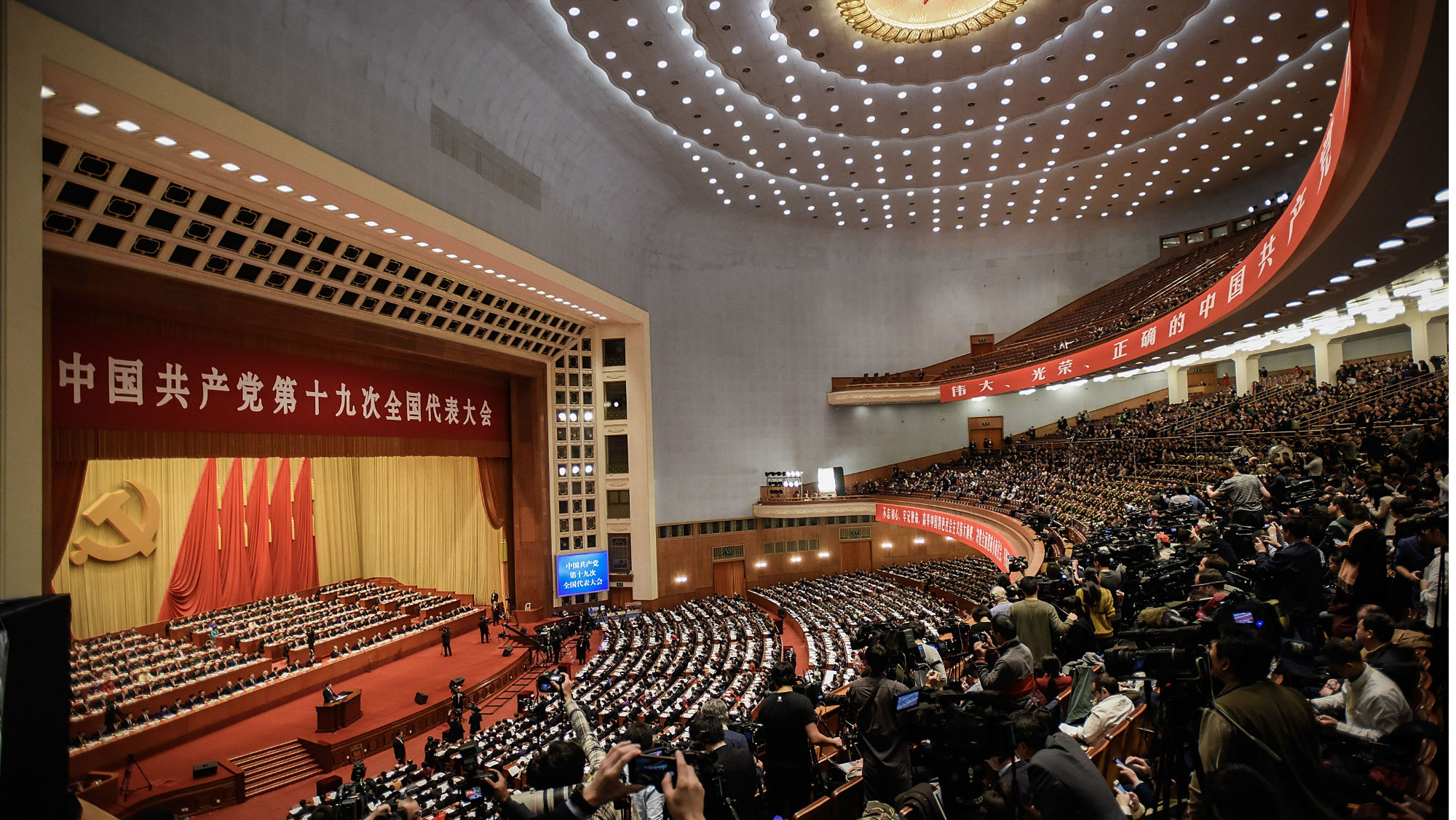 Chinese President Xi Jinping is presiding over a meeting of the Chinese Communist Party, called the National Congress. These meetings are held in China every five years, and like most political gatherings in most countries, they normally mean very little. This one is different, because it is about crafting a new course for China. The congress opened with a speech delivered by Xi that was designed, as all political speeches are, to fill the people with confidence in a bright future. It did that, and now the congress will proceed for several days, continuing to energize the country. Then it will end, reality will return and the hard work of fulfillment will begin. Social and political transformations don’t happen without overcoming social and political challenges, and that process is never easy.

Communism in China has gone through two phases. The first was the Maoist phase, which had three goals. One was ending the constant internal warfare that had torn China apart in the pre-communist era. The second was to end the constant foreign intrusions onto Chinese soil. The third was to create a radically new and egalitarian society. The best name for the period was “permanent revolution.” It succeeded in achieving all three goals, but the price was high. Regional conflict was suppressed by a brutal dictatorship. China in many ways withdrew from interaction with much of the world, and constant waves of assaults on Chinese society were carried out, from the Great Leap Forward to the Great Proletarian Cultural Revolution. Millions died of hunger and political oppression.

But Mao had crafted a country that had not existed before. The new China was free of internal struggle, other than what was sponsored by the state, and free of foreign imperialism. It was also staggeringly poor and filled with suffering.

When Mao died in 1976, a power struggle ensued. His faction was defeated by Deng Xiaoping, who recognized that Mao had succeeded in what he wanted but had led the country to the edge of disaster. Deng realized that Mao’s radical communism could not go on, and out of necessity he forged a new model for China.

Deng’s model could be summarized by the slogan “enrich yourselves.” Deng understood that China’s problem was poverty and that only production could solve it. But China was too poor to consume what it produced, so it had to sell its products in other countries – the same strategy Germany, Japan and others had used to recover from their wars. China’s advantage was that it had a capable workforce and very low wages, and by opening its borders to trade, China grew rapidly for more than a generation. This growth didn’t come from any great skill; Mao had made China so poor that the smallest rationalization of Chinese policy would result in massive improvement. It really couldn’t get worse. 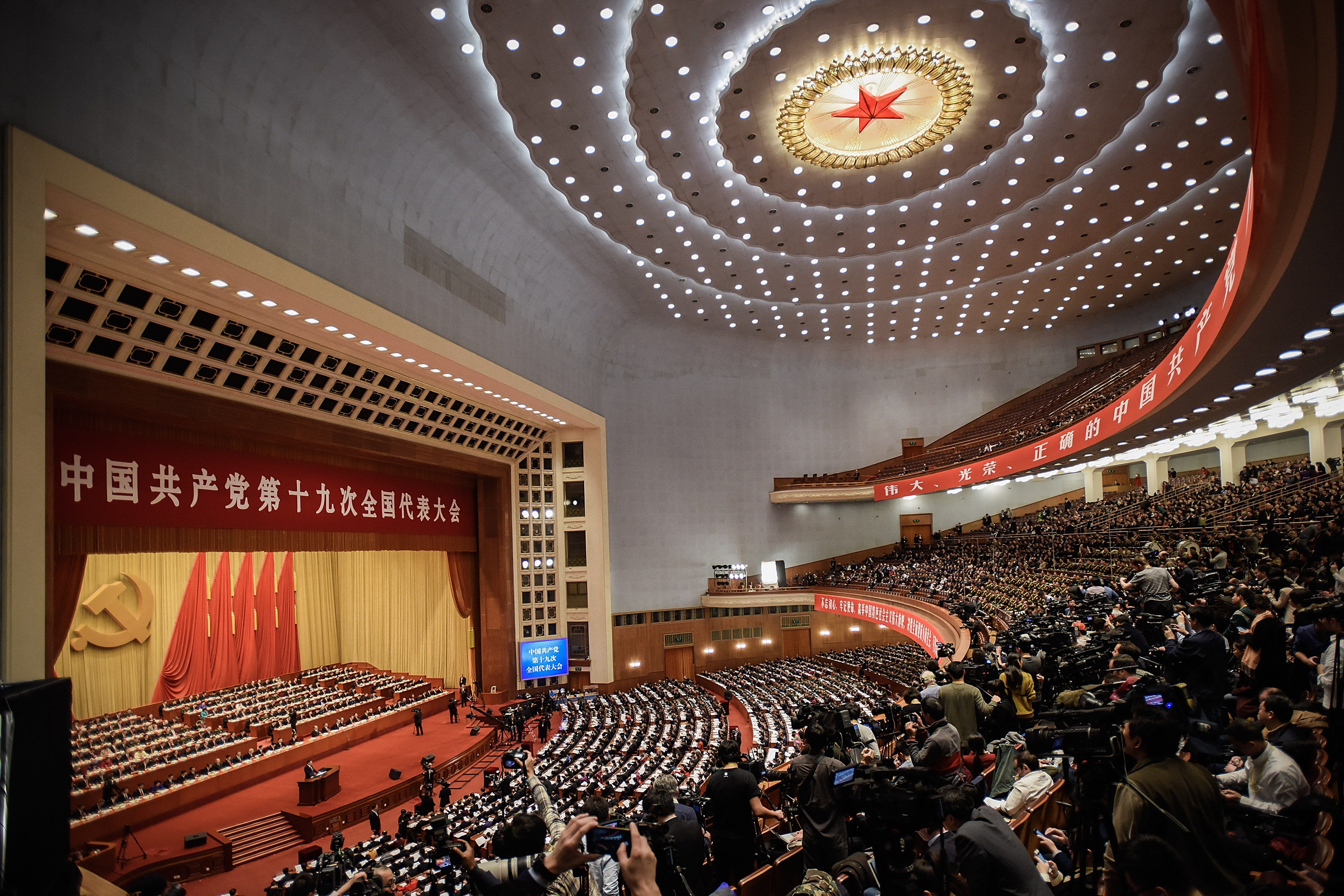 A general view of the Great Hall of the People as Chinese President Xi Jinping delivers a speech during the opening session of the 19th Communist Party Congress on Oct. 18, 2017 in Beijing, China. Etienne Oliveau/Getty Images

But Deng’s reforms have run their course, and China has entered a new era – still lacking a catchy name. For our purposes, I will name it “the four realities.”

The first is that China’s period of incredible economic growth is over. Deng had created a China that unleashed the commercial expertise of its coastal regions and connected them to customers in the United States and Europe, opening borders while keeping a weakened Communist Party in place. But after China had harvested the low-hanging fruit, it found that its rate of growth was unsustainable. Deng’s strategy of aggressive exports had reintegrated China into the world economy, but it had also made its success heavily dependent on the appetites of other countries. If they stopped buying – as they did in 2008 – China would be dealt a stunning blow.

Second, Deng’s reforms created vast regional wealth, but much of the country was left behind. This led to a wealthy China along the coast and an impoverished China in the interior, with an insufficient middle class, unable collectively to consume what China’s overbuilt industry produced. Amid rapid growth, corruption intensified the inequality.

Third, China had entered the international arena but only as an economic power. Its military had developed but was still incapable of asserting and defending its interests. Much of China’s power instead rested in illusions it had created, and in the willingness of the West, for various reasons, to believe in them.

Fourth, China could not adopt a Western-style democracy. It needed to retain a one-party system, and that party was the Communist Party. To confuse economic development with Westernization would be a mistake – one that could wreck China. In fact, the Chinese model of development would become a major lever for Chinese global power as poor countries adopted China’s political system to combine a dynamic economy with one-party rule.

Promises of a Bright Future

The four realities paint a grim picture of a China with deep economic problems, putting it at risk of social unrest and regional struggle. They paint a picture of a China far from ready to take its place among the leading powers in the world, and of a country that can survive only by accepting the permanent reality of dictatorship, suppressing political dissent in return for creating a stable platform for economic revival and social stability. In his speech, Xi obviously emphasized the solutions. But in arguing for a new era with new solutions, he was arguing not only that the Deng era was as dead as Maoism, but that behind each glittering solution was a terrific problem to be solved.

In his speech, Xi said China’s economic strategy will now emphasize quality over quantity. He highlighted the importance of China’s technological capabilities – their advancement is essential. Most important, he promised to lift from poverty those who had been left behind. Since that includes much of China, this is a huge task. Without high growth rates, the only way to do this is to transfer wealth from affluent regions. This is why the anti-corruption campaign is so important. It is designed to break the economic power of the Chinese oligarchs and transfer their wealth – or some of it. This raises two problems. First, the coastal region, which will feel the pain of such social generosity, is sure to resist. Second, shifting capital to consumption raises the question of how to underwrite massive developments in technology. Xi promised to lift everyone out of poverty by 2020. That means transfers of wealth, which means undercutting capital formation. Simply redefining the poverty level so that everyone is pronounced un-poor will not be enough: The impoverished masses must continue to see progress. Any one of these goals is Herculean by itself. Together, it is a legitimate question whether success is even possible.

Finally, Xi made clear that a single-party dictatorship must remain in place, and likely needs to be strengthened. In making this an essential point, Xi drove home that the other three initiatives are liable to fail, and that if they do, the party will be the political safety net preventing China from falling backward into the chaos of the pre-communist era. If they succeed, the party will be the critical instrument guiding the country to new wealth. Of course, what Xi has yet to make clear is whether he will anoint a successor to take his place in five years, or whether the party and Xi should now be seen as synonymous. This is something to watch for as the National Congress continues.

The China that was no longer is, and it has taken a long time for the West to face this. The China of today is up against profound problems. It will be guided by a dictatorship that knows it must be part of the global economy, but that also knows it must overcome formidable demographic and geographic challenges to do so.

The interesting part about Xi’s speech is that beneath the presentation of solutions, he admitted to the monumental problems and weaknesses of China and acknowledged that there are no guarantees the new way will work. A vision of China surging to pre-eminence has dominated the past generation. Xi shattered the grand illusion but in a way that cleverly makes it seems that success in the future is assured. Most observers will take from the speech that China is turning the corner. I take away that China is in deep trouble, having exhausted Deng’s strategy, and that the solutions Xi’s government is pursuing will be difficult to execute – to put it lightly.

All countries have problems. What’s unique about China’s situation is that Xi just promised successes that many thought China had achieved or was on track to achieve. In particular, the promise to build a world-class military in 35 years ought to shock those who thought China was already there. The reality of China is substantial, but nowhere as substantial as its enthusiasts in the U.S. or Europe think it to be. Xi has admitted China’s problems and articulated his imagined solutions in superb rhetorical fashion. Now, the question will be how long the Chinese people retain their enthusiasm. They have retained it for 68 years amid incredible hardships and successes, but their patience is not unlimited.