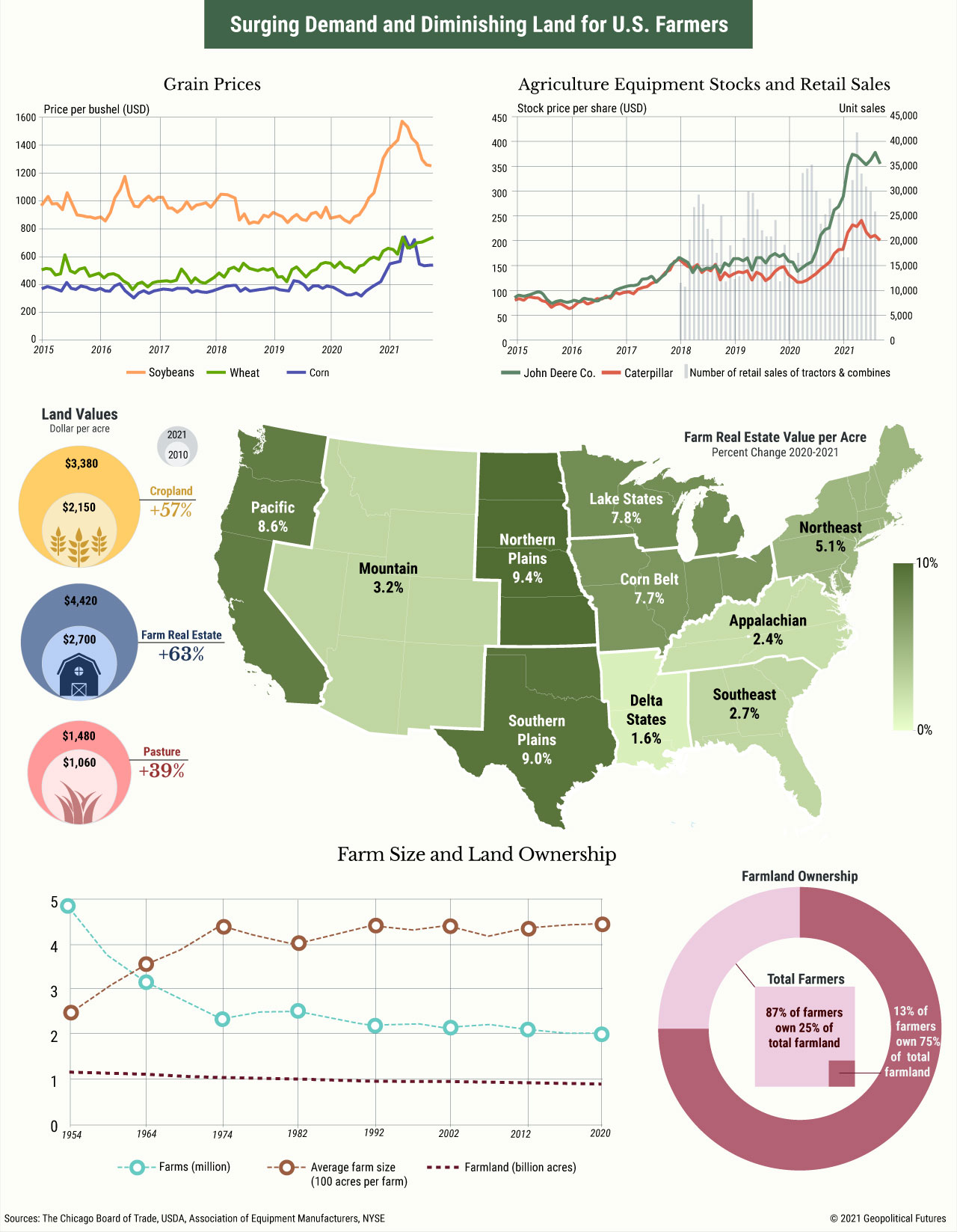 The United States is working to bring supply chains closer to home as part of its national security strategy, and although we usually think of this in terms of manufactured goods, it applies to agriculture as well. Last week, the U.S. government pledged $10 billion to help U.N. food security efforts. Half of these funds will be spent inside the U.S. on projects to build a more diverse and resilient food production network.

Net farm income in the U.S. is expected to reach $113 billion this year, according to the U.S. Department of Agriculture. This would mark the highest level of income since 2013 and a 19.5 percent increase from the previous year. Farmers enjoyed a similar net income increase in 2020 and saw high crop prices this year, spurring a spending spree to invest in new machinery and acquire land.

However, there are some reasons for concern in the future of U.S. farming. U.S. government farm payments are expected to reach only $28 billion this year, a 38.6 percent drop from 2020. Farmers are also facing higher production costs due to inflationary pressure, with the USDA estimating that production expenses will rise by 7 percent this year. Drier weather in the past year has also harmed crop yields in affected areas. For example, the USDA reduced its forecast for total wheat to 1.65 billion bushels, a more than 10 percent reduction from last year’s crop, driven primarily by a 44 percent drop in spring wheat and a 46 percent drop in durum wheat.