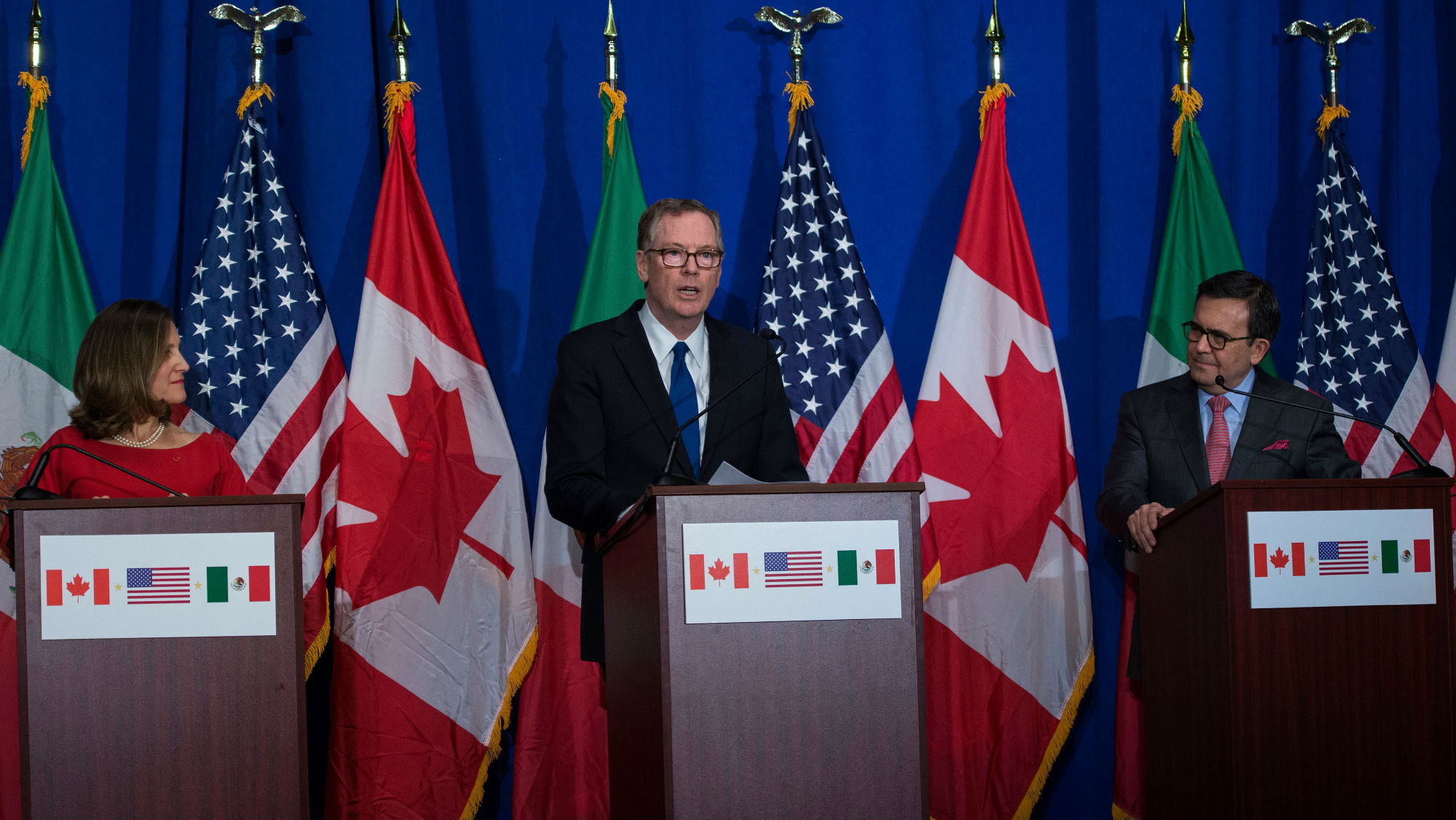 In just a few days, negotiations over Brexit and NAFTA will enter critical stages. Obviously, both negotiations are important – they will influence how Europe and the United States will economically and politically engage their respective regions – but just as striking are the differences in the ways they are negotiating, differences that are as stark as those between the Old World and the New.

According to one theory in international relations, countries develop in three distinct phases – barbarism, civilization and decadence. (It might be helpful to think of them in their human analogues – adolescence, adulthood and old age.) Emotion and ideals drive the behavior of young, barbaric countries, sometimes in irrational ways. Indifference – the belief that nothing is better than anything else and therefore does not merit fighting – drives the behavior of old, decadent countries. In between them is civilization, where a state and its people manage to balance the passion of ideals with the skepticism of reality.

North America and Europe are on opposite ends of this spectrum. By geopolitical standards, the United States, Mexico and Canada are quite young, less than 250 years old, teetering on the edge between barbarism and civilization. All three countries are former colonies that have had to create their own identities and carve out their own place in an older, more established world order. The United States grew to be the world’s only superpower and so upstaged the performance of its neighbors. (Europe, on the other hand, has long since fallen into decadence. It peaked when its countries were colonial powers but has since abdicated global hegemony to the young upstart in the United States.)

Of course, this particular theory isn’t ironclad, and it won’t explain everything you ever wanted to know about Europe and North America. But it’s a useful tool for understanding how Brexit and NAFTA are being negotiated.

For better or worse, Brexit is the example any other country that elects to leave the European Union will follow. It is the first negotiation of its kind, and so far it has been very orderly, as far as these things go. After the now-famous referendum, London and Brussels crafted a relatively well-defined timeline of administrative steps to shepherd the U.K. out of the European Union. Aside from occasional histrionics from either side of the English Channel, the process has been civil.

This helps to explain why the negotiations have entered a period of relative quiet in the lead-up to the next meeting, scheduled to take place Jan. 29. In the second half of 2017, meetings between London and Brussels were held frequently, and both sides were happy to issue statements of their success or failure. By December, both said they were ready to enter the second phase of talks, which would include transition and implementation. Technical meetings and private engagements have since been held, but no major details have been leaked of what the transition would be. London and Brussels are creating the rules that will govern their interactions a year from now, and even though they both know that this ends with the U.K. leaving the EU, both are keeping their cards close to their chest. This isn’t abnormal. In fact, it’s typical of older, established, decadent countries and regions.

Then there is North America. The sixth round of NAFTA negotiations is fast approaching (Jan. 23-29). The fate of this agreement will define free trade in North America and the fundamentals of the U.S. relationship with its neighbors. So far, negotiations have been aggressive, hostile and notably ideological – in keeping with the behavior of younger nations.

The decision to renegotiate the trade deal, after all, came from an executive order, not a popular referendum or a meeting of other minds. Preparations for the talks began even before the new administration had appointed all the people who would conduct them. Early on, the United States threatened to unilaterally withdraw from the agreement despite the potential legal consequences for doing so. All sides have tried to intimidate the others. They have leaked rumors that talks would end. They have – very publicly – lobbied private businesses, special interest groups and local governments.

The upcoming talks will focus on timetables for future negotiations. There is no formal deadline for NAFTA negotiations, though March is considered an informal one because it marks the start of Mexico’s presidential election season. And so, that leaves government officials with three potential scenarios: they reach an agreement on NAFTA, the agreement is killed or negotiations are pushed to early 2019. Most likely the deal will remain in place. The talks may be theatrical, but the theatrics reflect the immaturity and inexperience of the countries involved rather than the uncertainty of the agreement itself.