The United States and China met to discuss trade issues. The meeting ended without agreement on anything. The obligatory joint press conference after the talks, where everyone pretends that everything was fine, was canceled. The only comment came from a U.S. official who said there were frank discussions, which means that the talks were tough and full of threats.

At the beginning of Donald Trump’s presidency, GPF expected that these kinds of confrontations would take place. But both countries put aside their disagreements to deal with another overriding issue: North Korea’s nuclear program. The issue emerged shortly after Trump’s inauguration, when it became apparent that North Korea was moving aggressively to develop a nuclear delivery capability. After analyzing the military reality, the United States was reluctant to launch a strike against North Korea and instead pursued negotiations.

During Chinese President Xi Jinping’s visit to the United States in April, discussions between Xi and Trump turned from trade and related policies to the question of North Korea. Over the years, the United States had relied on the Chinese to act as an intermediary and restrain North Korea. Trump asked Xi to play that role again, offering to reward China for its cooperation by softening the U.S. negotiating position on trade. We know that this happened because of various leaks, because of the lack of further confrontation over trade and because Trump tweeted that China’s help on North Korea would lead to a better deal for China.

But China has clearly failed to persuade North Korea to halt its nuclear program. There are two possible explanations for this. The first is that North Korea doesn’t trust China but does trust that having a nuclear weapon would block any American attempts to destabilize the North Korean regime. The second possible explanation is that China did not want to persuade North Korea this time. The reason is simple: Although China cares a great deal about trade, it cares much more right now about its geopolitical balance with the United States. North Korea has the United States on a hook. If the U.S. chooses not to attack North Korea, it would appear weak, and China would in turn look stronger. And if the U.S. chooses to attack, it could be portrayed as a lawless aggressor. In a full-scale attack, the U.S. would likely take out North Korea’s nuclear program, and China would be spared that problem. China would then claim that it had been busy mediating, and had nearly reached a deal, when the American cowboys struck.

This posturing matters a great deal to Beijing. China depends on maritime trade, and it requires easy passage through the South and East China seas to access the ocean. But the seas are riddled with small islands, and the U.S. Navy can easily block China’s access. With a navy that is in no position to challenge the U.S. at sea, China is left vulnerable to a potential blockade. Its best strategy is to convince one of the countries in the region, like the Philippines or Indonesia, to align with it to allow free passage. This strategy may be a long shot, but it matters greatly to China. The perception of U.S. weakness or recklessness on North Korea might cause some movement in these countries. And even if it doesn’t, either an attack or a failure to attack would create political problems for the U.S. in the region.

I believe that some variant of the second explanation was behind China’s failure to move North Korea. But the lack of results on this issue meant that trade, having been put on the back burner since the Trump-Xi summit, was now back at the forefront. The U.S. no longer had any reason to go easy on China, and China was not prepared to cave. This is both because the Chinese are good negotiators who play a weak position extremely well, and because the Chinese are trying to understand how Trump’s weak political position will intersect with trade talks.

The trade issue is a perfect example of how economic, military and political positions are inseparable in real life. Nations do not bargain on economic matters in a vacuum. In this case, the trade issue was bound up with possible war in North Korea as well as domestic U.S. politics. To fully understand the trade issue, you can’t examine trade on its own. And this is a great example of how these things intersect, but it’s far from a unique one. In international relations, all dimensions intersect and become part of a single fabric. 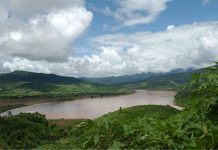 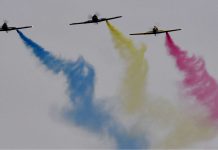 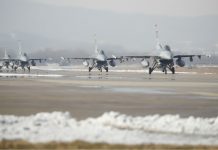