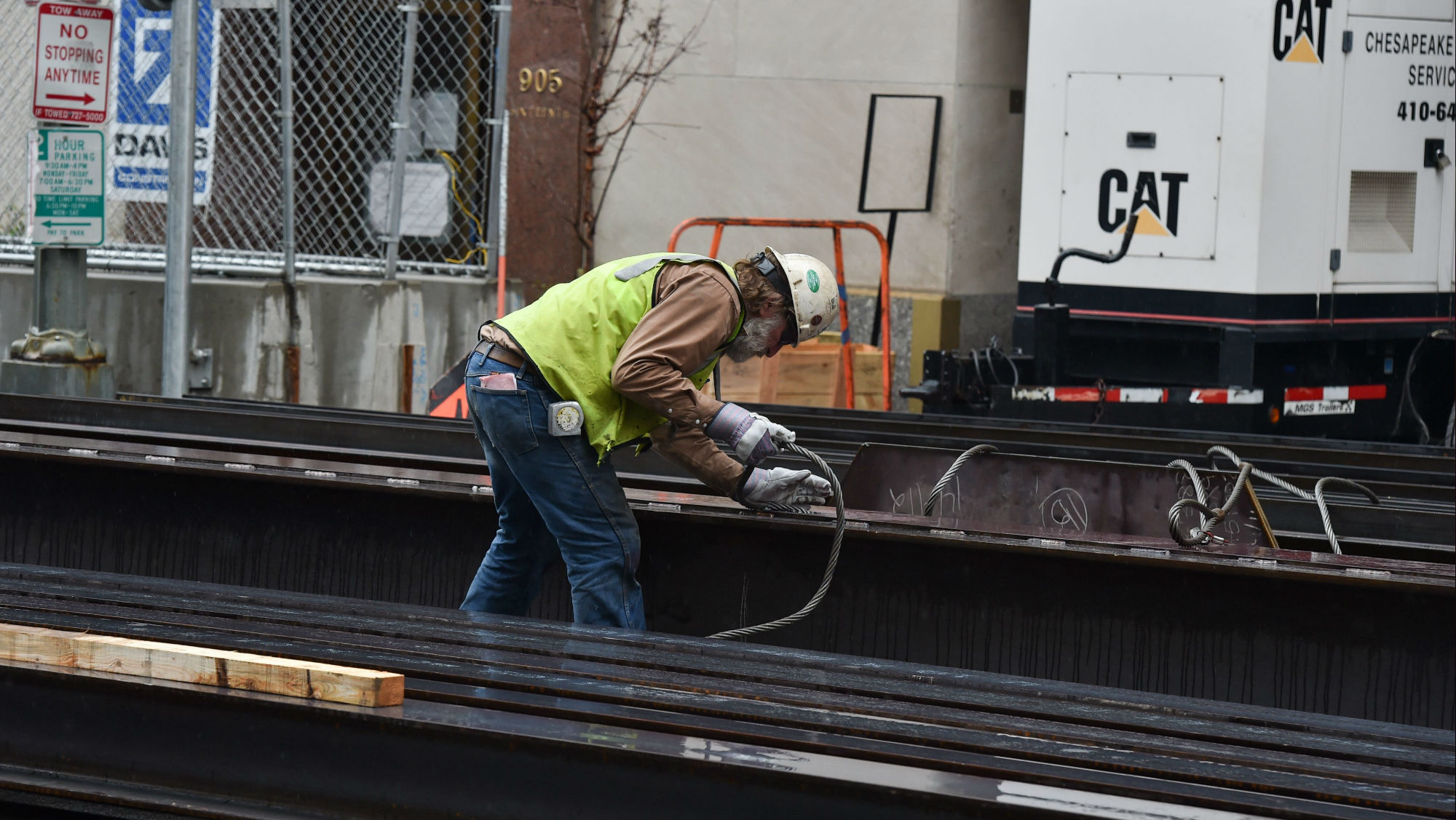 When Donald Trump ran for president, he promised to protect U.S. industries from unfair trade practices. He focused on the steel industry, which he said suffers when other countries dump their steel products on the U.S. market. Now, the Trump administration is considering imposing new tariffs on steel imports, and while China is often the suggested target of such policies, another critical trading partner for the U.S. would also be affected: the European Union. The EU is the second-largest producer of steel in the world, accounting for 11 percent of global production. Increasing steel tariffs, therefore, could ignite a trade war with the EU – something that ultimately goes against U.S. interests.

The U.S. is the fifth-largest producer of steel (if you count the EU as a single entity), but since the 2008 crash, the sector has been beset by problems. It’s linked to many downstream industries such as automotive, construction, electronics and mechanical and electrical engineering that were hit hard by the crisis. Trump promised to protect the steel industry in several ways, including by applying Section 232 of the Trade Expansion Act of 1962, which allows the president to impose restrictions on imports for national security reasons. In April, he asked the Commerce Department to look into whether steel could qualify under this section, and earlier this month, the department announced it had completed its review. The White House has 90 days from Jan. 11 to act, or not act, on the report’s findings, which have not been released publicly.

Imposing restrictions on steel imports would have severe consequences for the EU. The European Steel Association considers the U.S. a key market, accounting for most European steel exports outside the EU. Steel has long been a strategically important industry in the EU, one that has fostered innovation, sparked economic growth and employed a lot of people. An increase in tariffs would mean fewer exports to the U.S. and a potential cut in production for European plants. It could also mean some European steel workers would lose their jobs, adding to the already high unemployment rates in some European states. 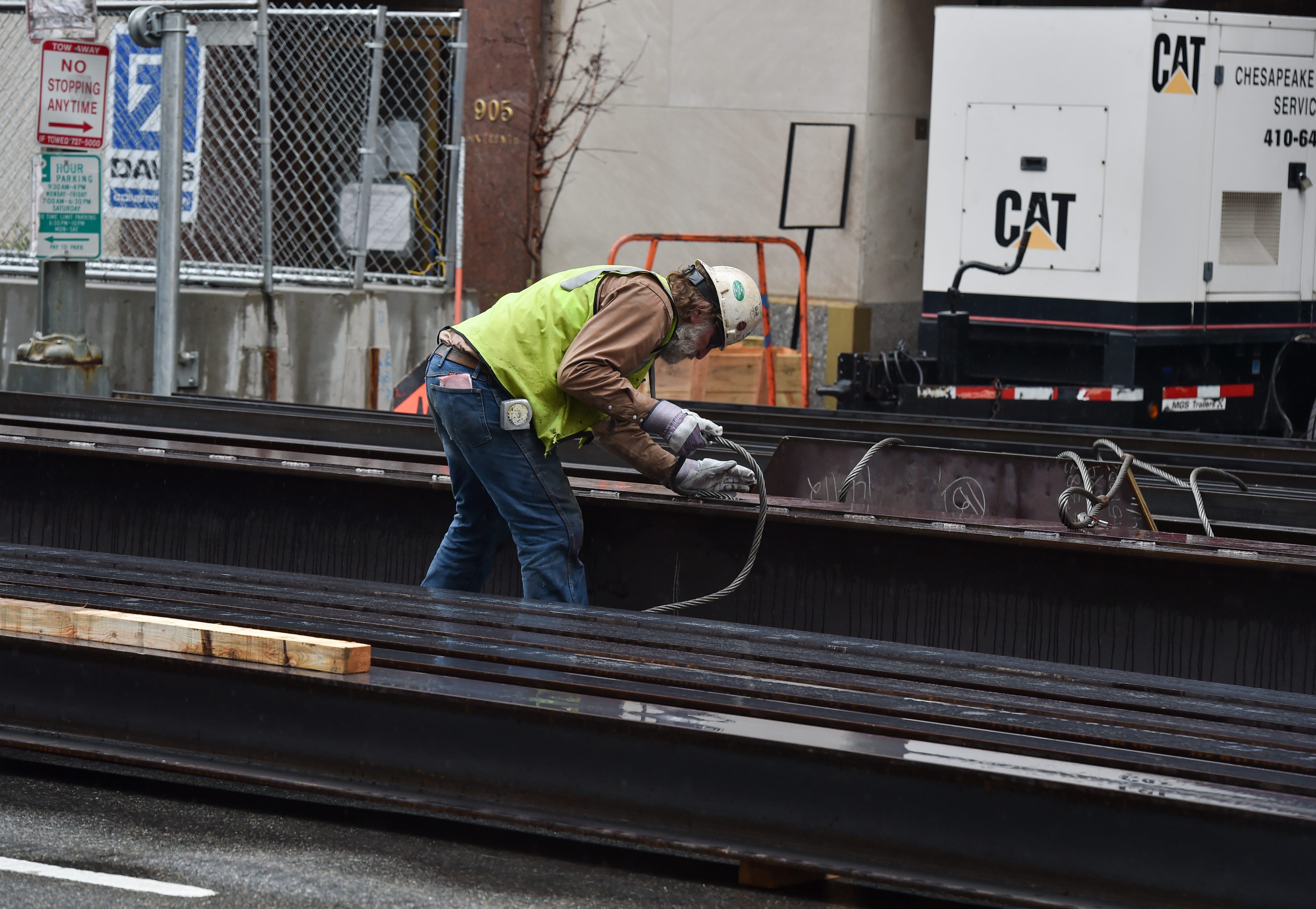 A worker ties a cable to a steel girder at a construction site in Washington, D.C., on April 3, 2015. NICHOLAS KAMM/AFP/Getty Images

Brussels would likely respond by increasing its own duties on U.S. imports. In theory, the EU could swiftly introduce additional tariffs on “certain imports” from the U.S. But in reality, it would take weeks because the European Commission needs to notify the World Trade Organization it is going to impose restrictions and establish the list of goods and services on which the measures will be applied.

To understand the potential implications of a trade conflict, we need to look at how dependent the U.S. and the EU are on trade with each other. In 2016, U.S. exports to the EU accounted for 18.7 percent of total U.S. exports, making the EU the top destination for U.S. goods and services. In the same year, EU exports to the U.S. accounted for 20.8 percent of total EU exports, making the U.S. the top destination for European goods and services. It is a fairly equal relationship, though exports are somewhat more important to the EU economy. In 2016, the exports-to-GDP ratio stood at 12.6 percent in the U.S. and 16.7 percent in the EU.

Import barriers don’t just impede trade but also investment. Foreign companies that have operations and production facilities in either the EU or the U.S. depend on imports to run their businesses. A trade war could make it difficult for these companies to operate and hurt their bottom line.

Higher import tariffs imposed by the EU will also affect American exporters, including those in the manufacturing sector, a critical industry accounting for roughly 12 percent of U.S. GDP. Eighty-four percent of U.S. exports to the EU are manufactured products. Of these, machinery and transport equipment account for more than 45 percent and chemical products account for 23 percent. These industries could suffer if the EU were forced to impose retaliatory measures in response to U.S. tariff hikes. In addition, rises in steel import tariffs would mean increased costs for sectors that are dependent on imported steel products. The automotive, construction, mechanical and electrical engineering sectors are all large consumers of steel products – some of which are only available from external suppliers.

Trump wouldn’t be the first president to raise duties on steel imports. In 2002, President George W. Bush increased tariffs to 30 percent. The EU responded with its own trade restrictions. (Back then, the trade relationship between the two was not as strong as it is today, and the EU’s share in total investment in the U.S. was lower.) The EU, along with China, Japan, South Korea, Norway, Switzerland, Brazil and New Zealand, brought the case to the World Trade Organization. It took 20 months, but the U.S. was forced to lift the additional tariffs. And during those 20 months, 26,000 U.S. jobs were lost only in steel-related industries.

Trump promised to put America first. But before he makes any moves to increase tariffs on imports, he will have to consider how this would affect U.S. businesses and, ultimately, jobs. Since receiving the report from the Commerce Department, the Trump administration has imposed new tariffs only on imported solar panels and washing machines. The administration said China was the target of the measure, but the EU condemned the move as well. Implementing more moves like this one could force the EU to respond, and that could hurt the U.S. economy.