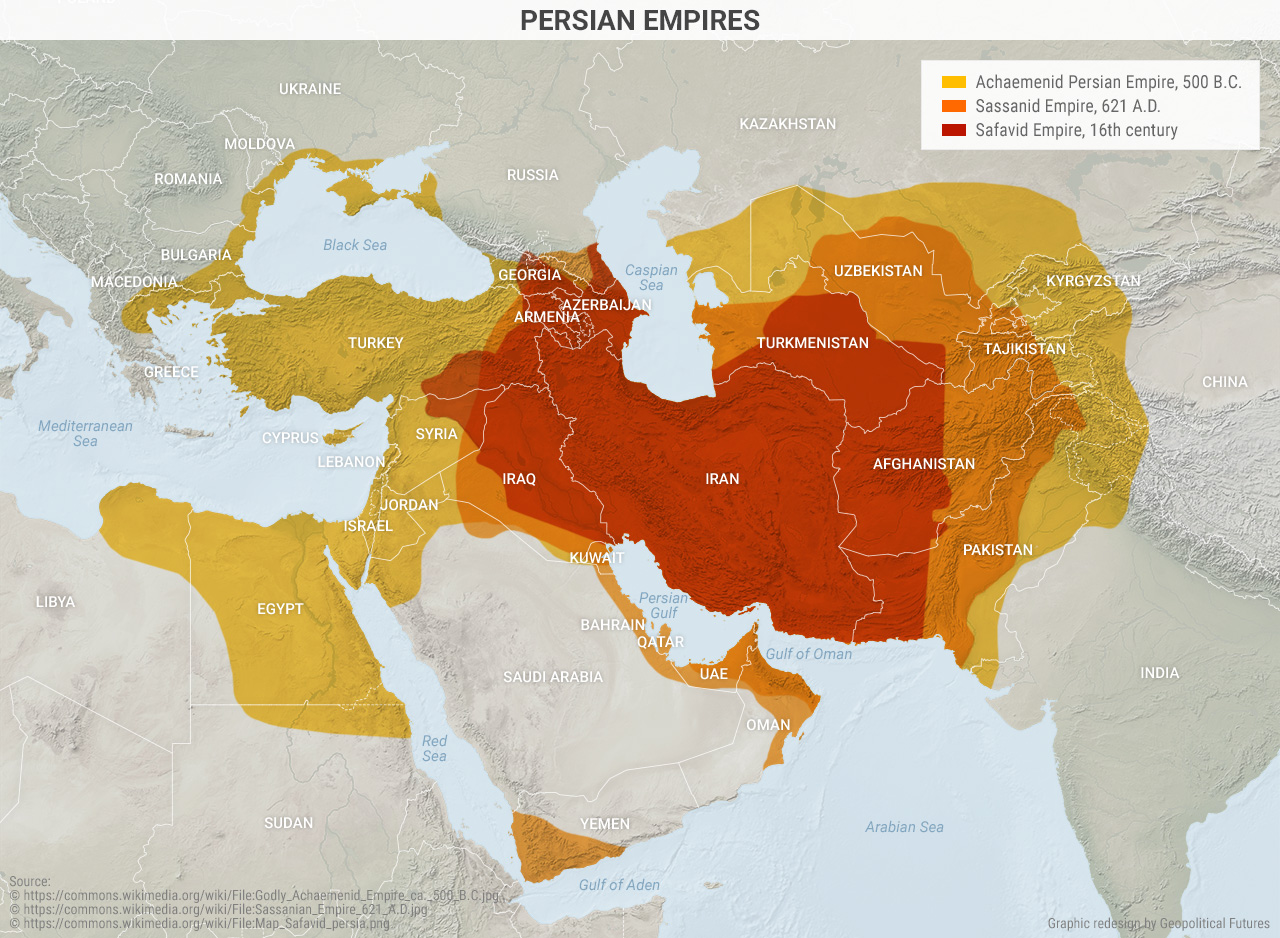 By the 13th century, the Mongols had assumed control of the Persian portion of the Muslim world, but they, too, eventually converted to Islam. They established what were ethnically Turkic but otherwise Persianate regimes. The Turkic forces eventually focused on areas to the west, east and north of the Persian heartland, which allowed the Persians to stage a comeback.

The Persian revival came in the form of the Safavid Empire (1501-1736). The Safavids laid the foundations of modern Iran. They adopted Shiite Islam as the official state religion, and they restored Persian sovereignty over the lands of their forebears. The Safavids at their peak controlled all of modern-day Iran, Azerbaijan and Armenia and parts of Afghanistan, Pakistan, Turkmenistan, Uzbekistan, Turkey, Syria, Georgia and Dagestan. Rivals of the Ottoman Empire to the west and the Mughal Empire to the east, the Safavids were later succeeded by the Qajar Dynasty (1795-1925), which began courtships with Russia and the United Kingdom. After the Qajars came the Pahlavis, who would rule Iran until 1979, when they were overthrown during the Iranian Revolution.

As the Arab world descends into anarchy, things are looking up for Iran. This is a frightening scenario for the Saudis. Though far from ideal, Tehran has negotiated a deal with the United States that has provided it respite from the sanctions regime. Its Arab Shiite allies have the upper hand in Iraq, Syria and Lebanon. Other Shiite arenas, such as Yemen, Bahrain and even the Eastern Province of Saudi Arabia, also seem promising from Iran’s point of view.

The Arabs emerged out of the Arabian Peninsula, which has been geopolitically significant only on two occasions in history: during the rise of Islam in the 7th century and the discovery of oil in the 20th century. In the intervening centuries, Arab power had been highly limited. Perhaps the Arab world is regressing to the historical mean.

For Iran, Tough Choices Ahead