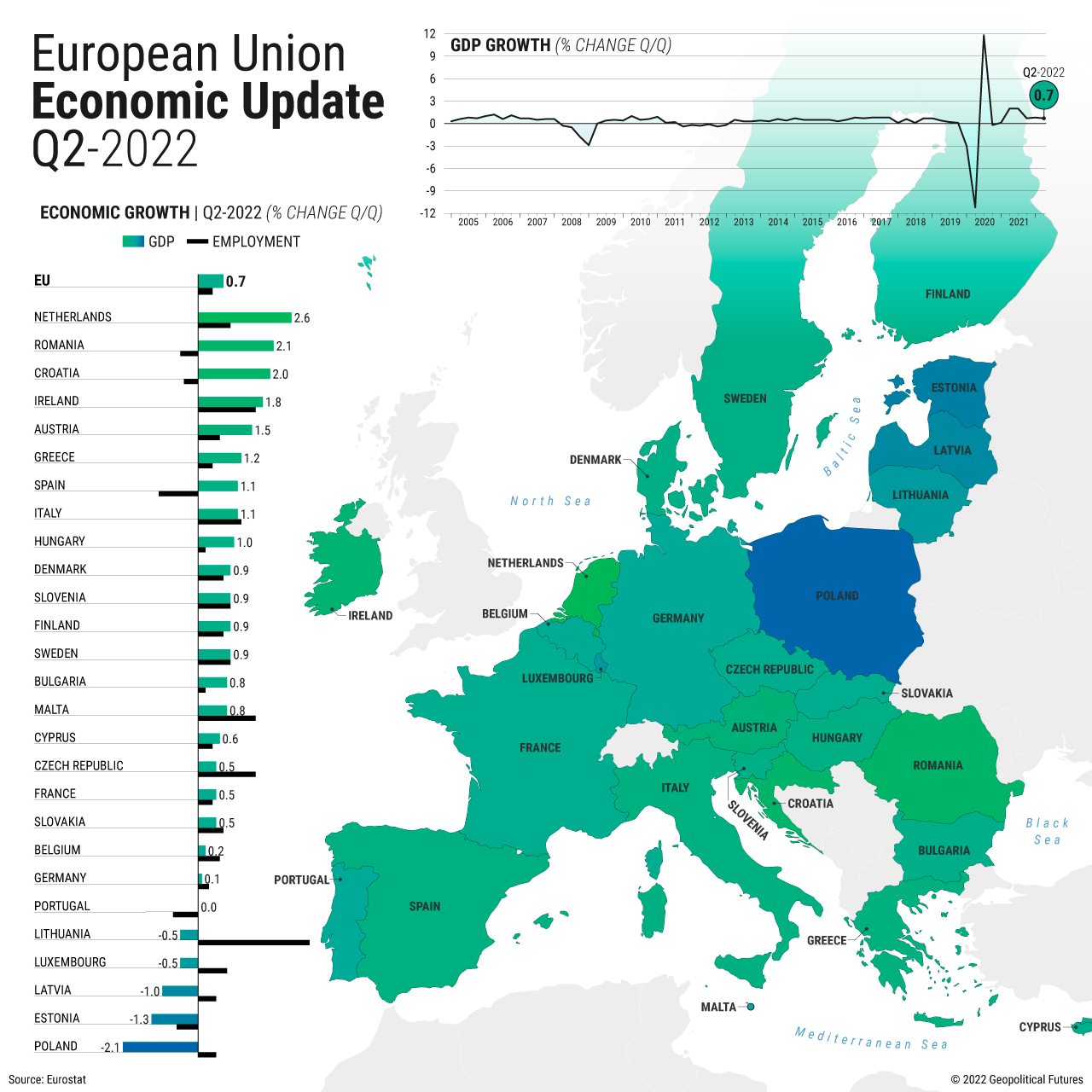 Europe is bearing the brunt of the economic war raging between Russia and the West. On the whole, European economies grew in the second quarter of the year, driven by household consumption and government spending. However, the countries closest to the Russia-Ukraine war, such as Poland and the Baltic states, saw their economies shrink for a variety of reasons.

The Continent’s growth prospects for the remainder of the year are significantly worse. Already in Q3 an energy crunch combined with high temperatures and drought – which disrupted power generation – have driven up electricity costs, in turn hindering industrial activity. As temperatures fall later in the year, demand for natural gas will rise, potentially pushing prices even higher. The European Union and national governments are discussing countermeasures, such as mandatory cuts to electricity consumption and price caps for natural gas, but it’s far from clear that they will succeed.