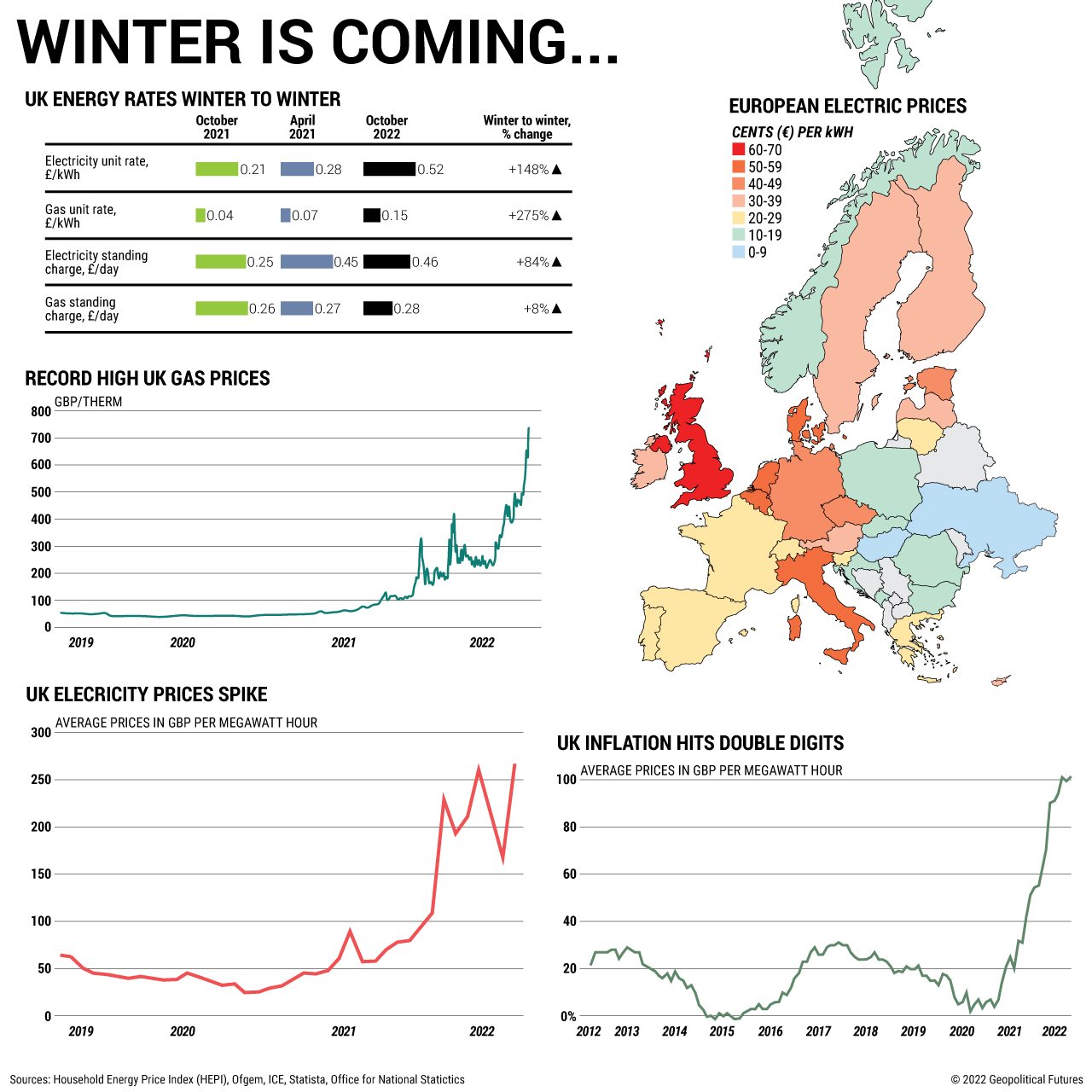 Following the downfall of another prime minister and the British pound’s collapse to its lowest level ever against the dollar, the U.K. urgently needs to tackle energy prices. In June, regulatory body Ofgem reported that more than 2.3 million British households are behind on their electricity bills and 1.9 million are behind on gas bills. Both figures are some 70 percent higher than at the end of 2020.

As part of her doomed mini-budget, the former prime minister, Liz Truss, introduced a bill to cap energy costs for consumers. Estimates of the program’s costs ranged from 60 billion to 150 billion pounds ($70 billion to $175 billion). It was supposed to last two years, but the new finance minister said it will now expire in April 2023. With the U.K. already in an economic crisis, the government will have its hands full dealing with the social fallout when the price cap ends.