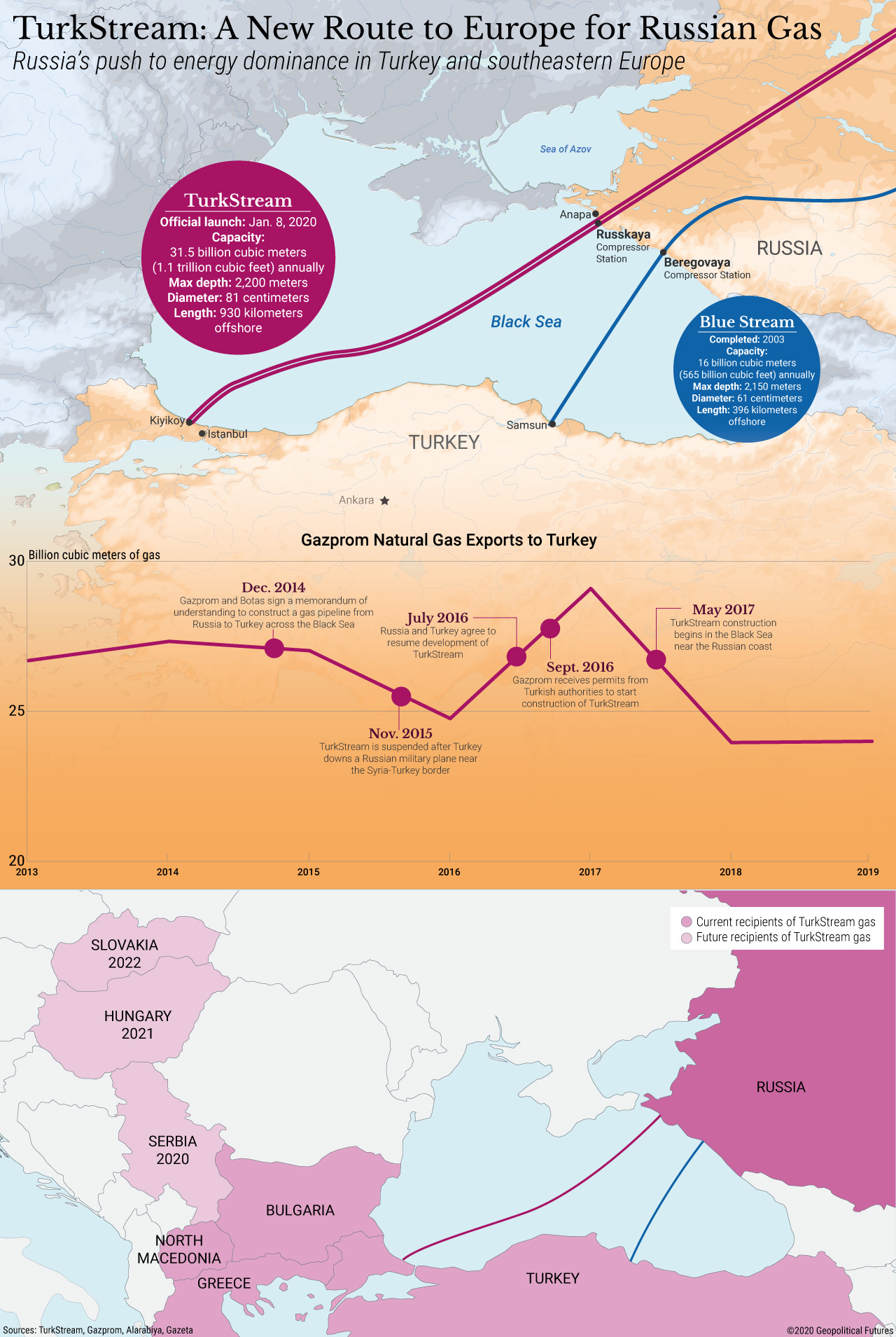 Earlier this week, Russian President Vladimir Putin and Turkish President Recep Tayyip Erdogan launched the TurkStream gas pipeline at a ceremony in Istanbul also attended by Serbian President Aleksander Vucic and Bulgarian Prime Minister Boyko Borisov. TurkStream’s two strings will deliver Russian gas to two different markets: the Turkish domestic market and countries in southeastern Europe. It will also enable Russia to reduce gas exports through Ukraine and compete with other projects like the Trans-Anatolian pipeline, which will bring Azerbaijani natural gas to Europe through Turkey. Kyiv has said that it has already felt the impact of TurkStream; Russian gas exports destined for Bulgaria, for example, are now bypassing Ukraine and being delivered through Turkey. According to Ukrainian estimates, the pipeline will decrease gas transit through Ukraine by 15 billion cubic meters in 2020.

Still, Russia’s Gazprom won’t be able to fully realize the benefits of the new pipeline just yet. Exports through the first string will depend on Turkish demand, which may be limited by energy supplies from other sources like Azerbaijan. And construction of some parts of the second string has been delayed. In addition, the project may be subject to U.S. sanctions, according to the 2020 defense budget passed by Congress last month.