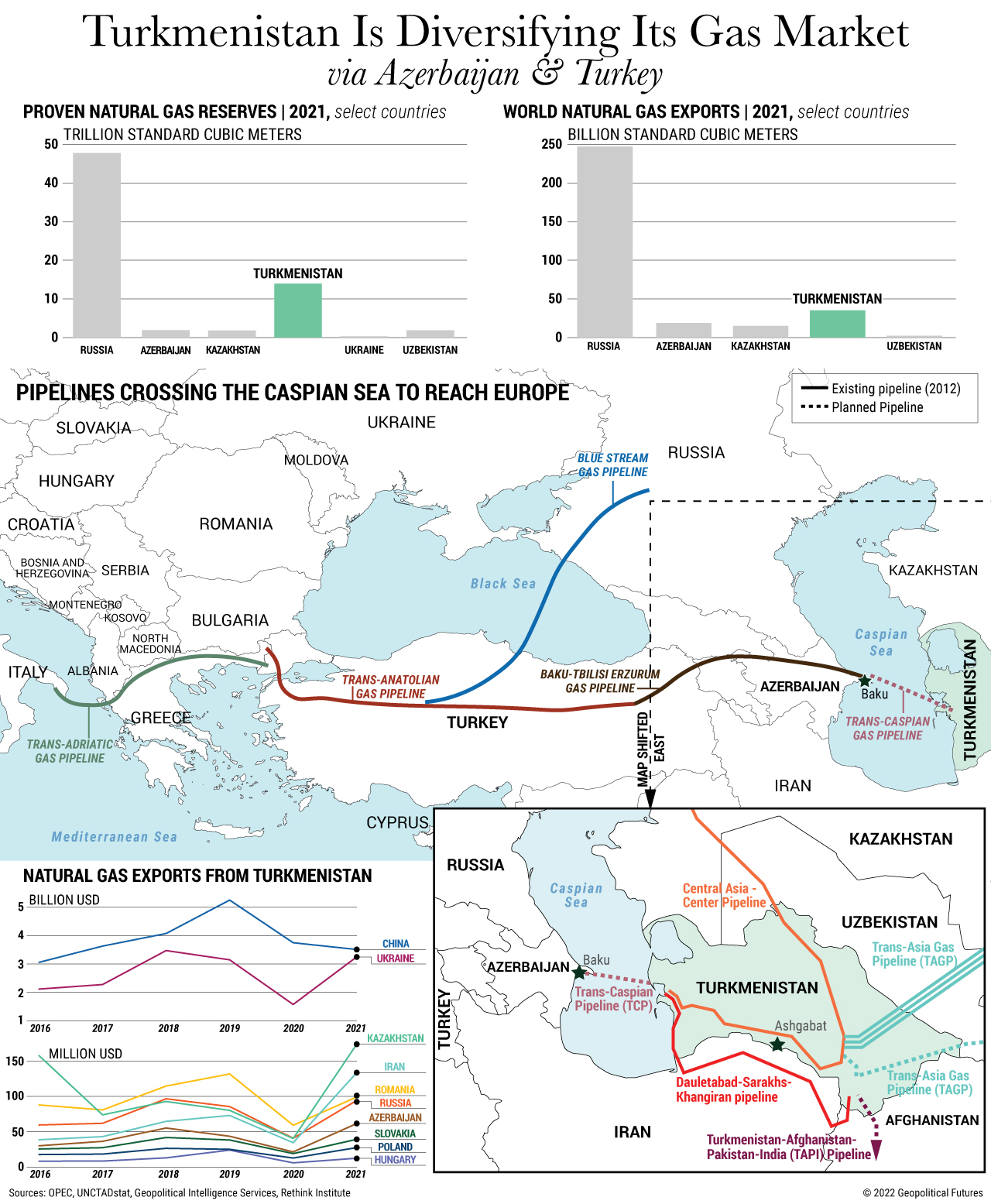 Since Russia invaded Ukraine, Europe has announced its intent to diversify its gas supplies away from Russia. Sensing an opportunity, Turkey is angling to become a natural gas hub and alternative supply route to the European Union from resource-rich countries in the Caucasus and Central Asia. During a trilateral summit on Dec. 14 involving Azerbaijan, Turkey and Turkmenistan, Ankara announced its intention to carry Turkmen gas west through the Caspian Sea.

Since gaining independence, Turkmenistan has strived for neutrality, relying on its huge natural gas reserves. It has sought new export markets for years, and the drop in Russian supplies to Europe is a clear opening. However, new infrastructure must be built first, meaning a solution is far off. Additionally, the Kremlin does not take kindly to competition in the post-Soviet space and, as an important trading partner for Turkmenistan, Moscow has some leverage.