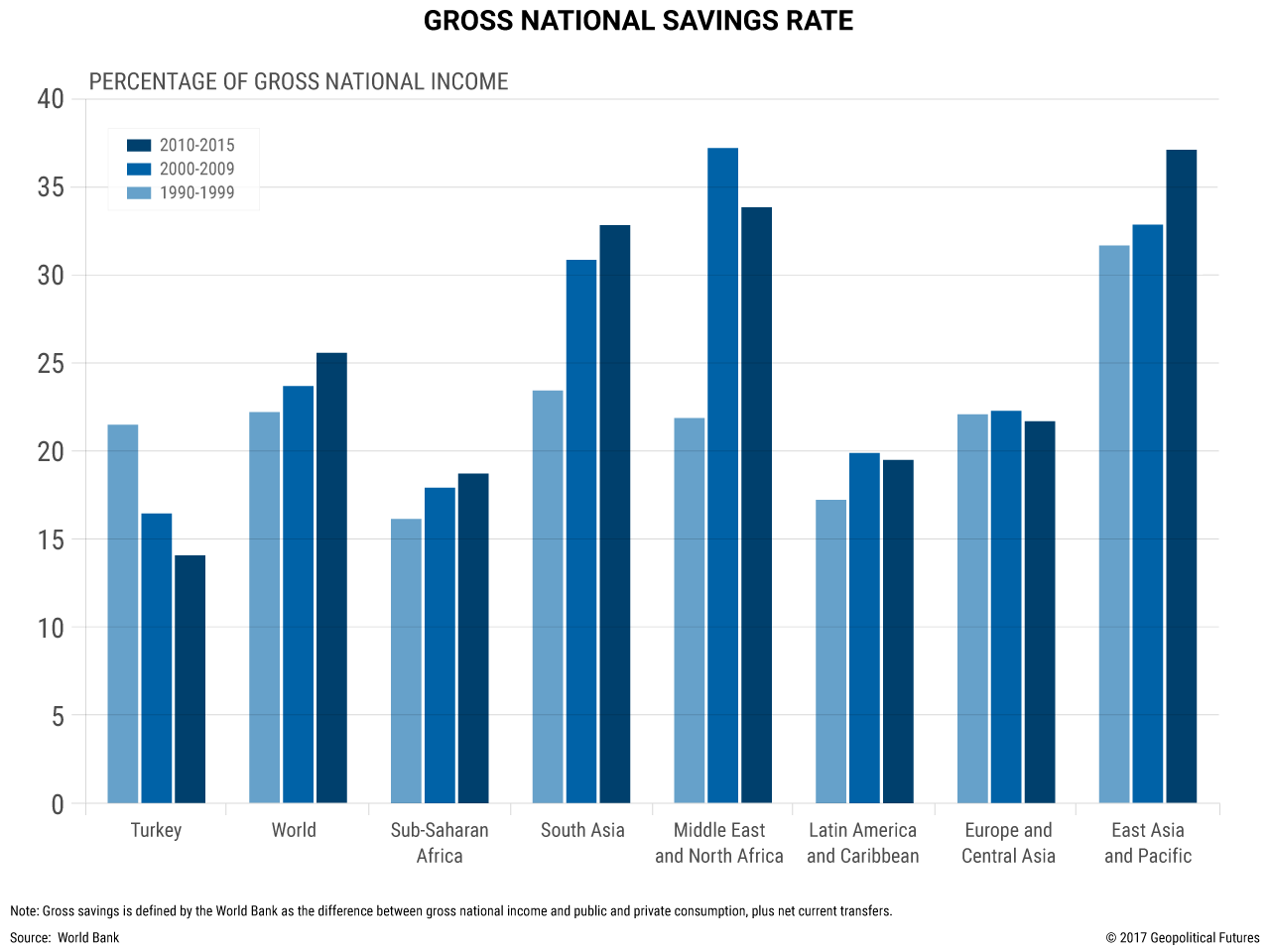 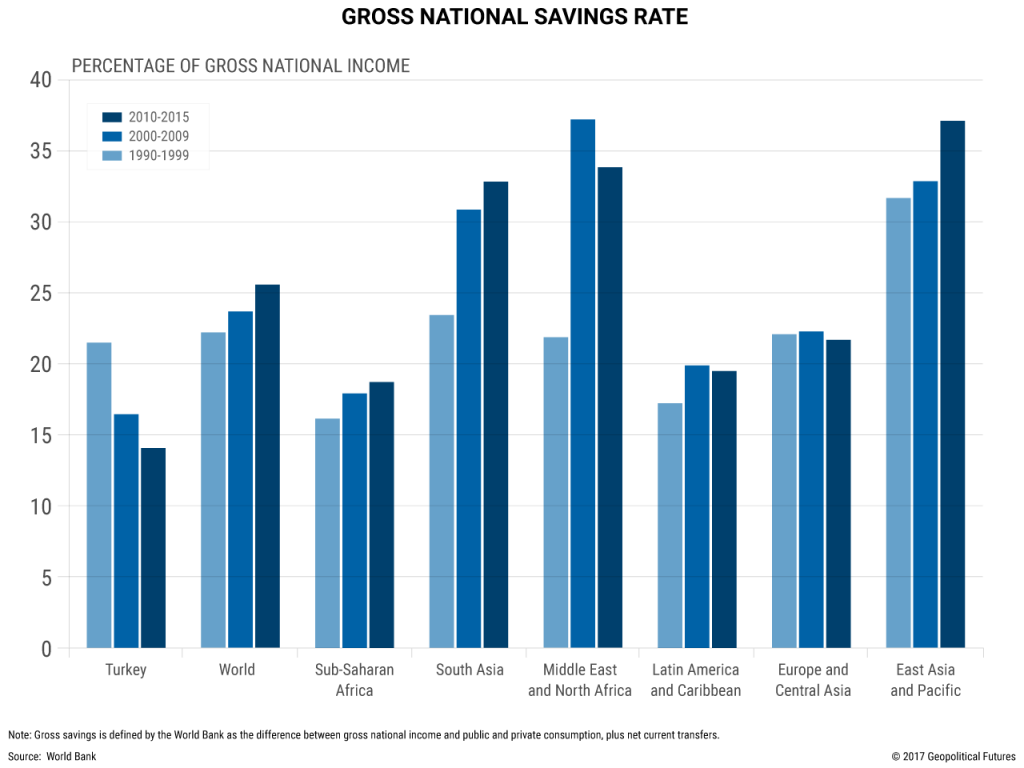 The Turkish government has been working to attract more domestic deposits, since they would enable banks to extend more credit funded by domestic capital rather than by money borrowed from abroad. The country’s low savings rate means that to attract more deposits, interest rates on deposits must be higher. In fact, Turkey has a higher deposit interest rate relative to average rates in the rest of the world.

But as interest rates on deposits increase, banks must also increase interest rates on loans to maintain profitability. This works against Erdogan’s stimulus plan, however, since higher rates increase the cost of borrowing – and borrowing is what the government wants people to do. Erdogan is pushing the stimulus to maintain economic growth to keep the public happy and keep himself in power.

Turkey’s external debt remains a growing risk. Since Turkey cannot print foreign currency, if the lira were to depreciate, the country would have only limited foreign reserves to act as a buffer before being forced to pay back all its external debt in lira. A run on the lira, therefore, could quickly put the brakes on economic growth and threaten Erdogan’s political position.

As long as profits are coming in, Erdogan’s opponents will be less inclined to speak up. If the Turkish elite began to lose money, however, and unemployment rates were to rise, people would start to ask whether Erdogan’s policies are really working in their best interest, casting doubt on Turkey’s growing interventionism in the Middle East. Threats to its economy, such as its external debt position, therefore constrain Turkey’s ability to project power beyond its borders.