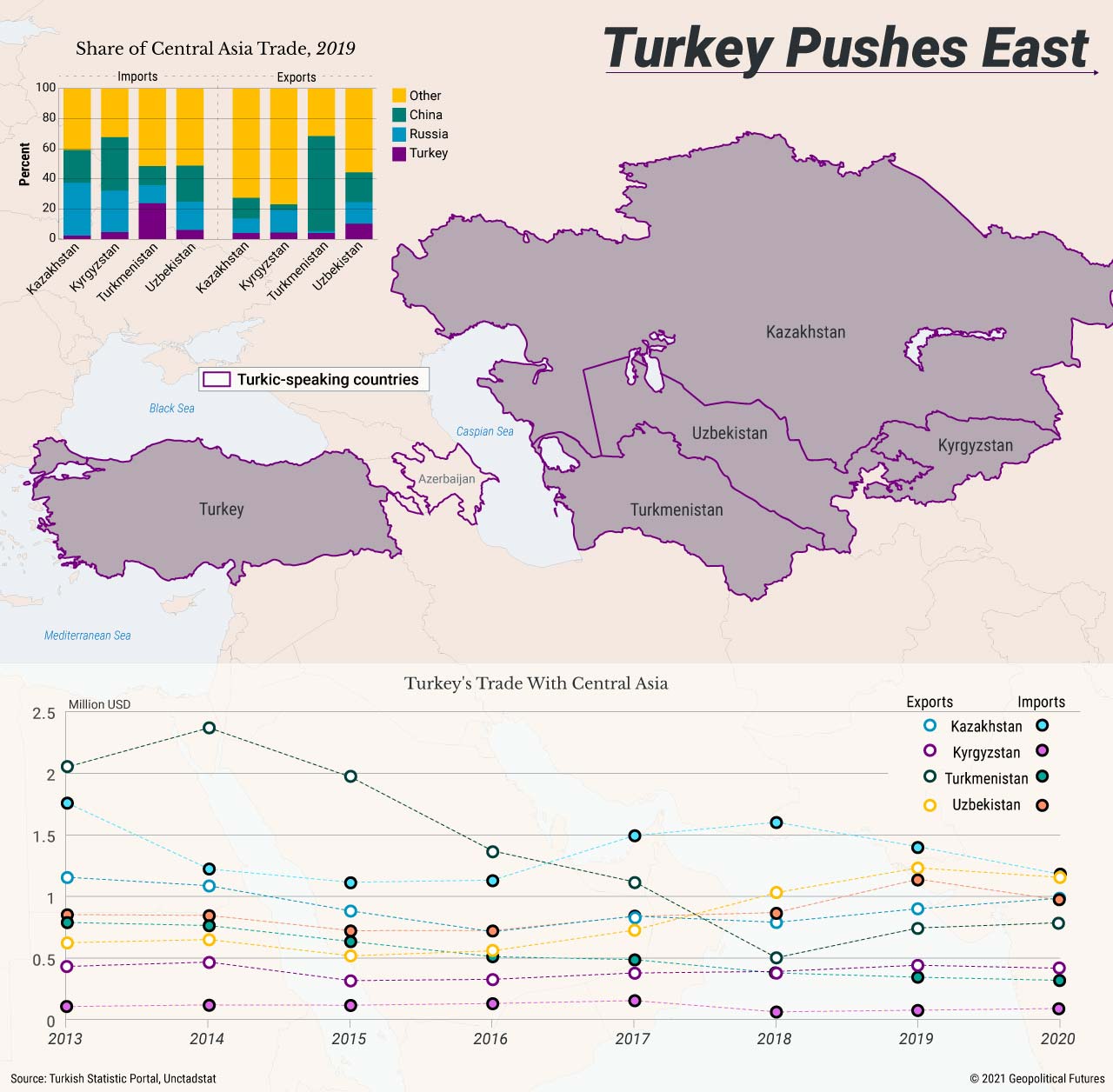 For Turkey, the Turkic-speaking countries in Central Asia and the Caucasus present an opportunity to spread its influence into a critical Russian buffer zone. Turkey has long had a presence in Azerbaijan, a close ally in the Caucasus that Ankara supported in last year’s Nagorno-Karabakh war. But Ankara’s ambitions are bigger. It wants to expand its reach farther east into Central Asia, with the hopes of forming a sort of alliance with the other Turkic-speaking countries: Kazakhstan, Uzbekistan, Kyrgyzstan and Turkmenistan. These post-Soviet states, however, also have close ties to Turkey’s historic rival, Russia.

Turkey’s economic presence in Central Asia is fairly modest; it’s not a top trade partner for any of the states in the region, save for Turkmenistan. But Turkey is slowly trying to build an economic and cultural basis for cooperation and even plans to create a common market for goods, investment, labor and services by 2026-28. Earlier this month, Turkish Foreign Minister Mevlut Cavusoglu visited Turkmenistan, Uzbekistan and Kyrgyzstan and discussed a number of issues, including energy, trade and transport, with his Central Asian counterparts. He also said his country was working with Uzbekistan on a preferential trade deal and free trade agreement.

The countries of Central Asia prefer to remain as neutral as possible; memories of their not-too-distant past in the Soviet Union still loom over their foreign relations today. But Turkey is persistent, and Russia’s leverage here is diminishing. Central Asia could, therefore, become a key battlespace in the long-running rivalry between these two regional competitors in the future.