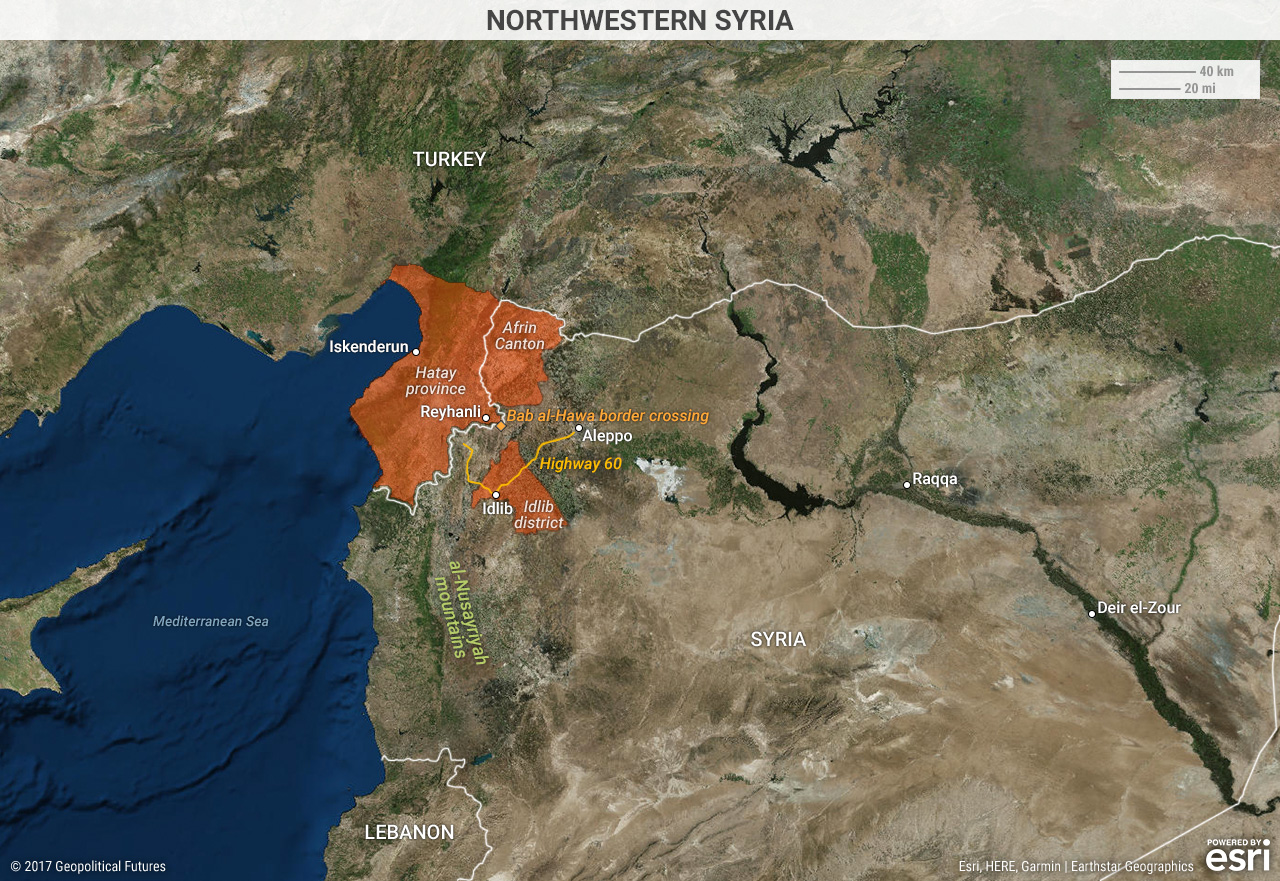 Until now, Turkey has chosen to stay out of the fray in Syria as much as it can. The main exception was Operation Euphrates Shield from August 2016 to March 2017. The scope of that incursion, however, has been exaggerated by both Turkey and the mainstream media. Euphrates Shield was a limited, seven-month operation involving about 8,000 Turkish soldiers. Their main goal was to support the activities of the Free Syrian Army as it pushed Islamic State fighters back from the Turkish border. (Nominally, the objective was to weaken the Kurdish People’s Protection Units, or YPG, but the operation didn’t take any territory from the YPG.) The FSA bore the brunt of the casualties.

The situation in northwest Syria is more convoluted. Syrian Kurds control Afrin canton, much to Turkey’s chagrin. Hayat Tahrir al-Sham (formerly al-Qaida or al-Nusra Front) holds the city of Idlib, which it recently took from the Turkish-backed proxy Ahrar al-Sham, as well as territory on the Turkish border. Anti-Assad rebel forces fell back to Idlib’s towns and countrysides after losing the battle for Aleppo. And the Bashar Assad regime has not given up its ambitions to reconquer the territory.

The presence of so many different groups means there are almost as many outside powers with an interest in what happens in northwest Syria. Turkey backs anti-Assad rebels, who are holed up in Idlib province, but its supply lines to them are tenuous at best. Both Russia and Iran back the Assad regime, and though Turkey has come to an understanding with both on this matter, over the long term the interests of these three countries in Syria diverge considerably. Turkey isn’t interested in seeing a pro-Russia or pro-Iran force pacifying the area and potentially threatening southern Turkey. The Syrian Kurds pose obvious problems for Turkey, and Hayat Tahrir al-Sham ­– though it has deliberately slipped under the radar while the world focuses on IS – has long-term designs of its own in the Muslim world that are not in line with Turkey’s.

This is an unstable situation that is trending toward a power vacuum. If Turkey doesn’t fill the void, someone else will, and none of the potential options are good for Turkey.