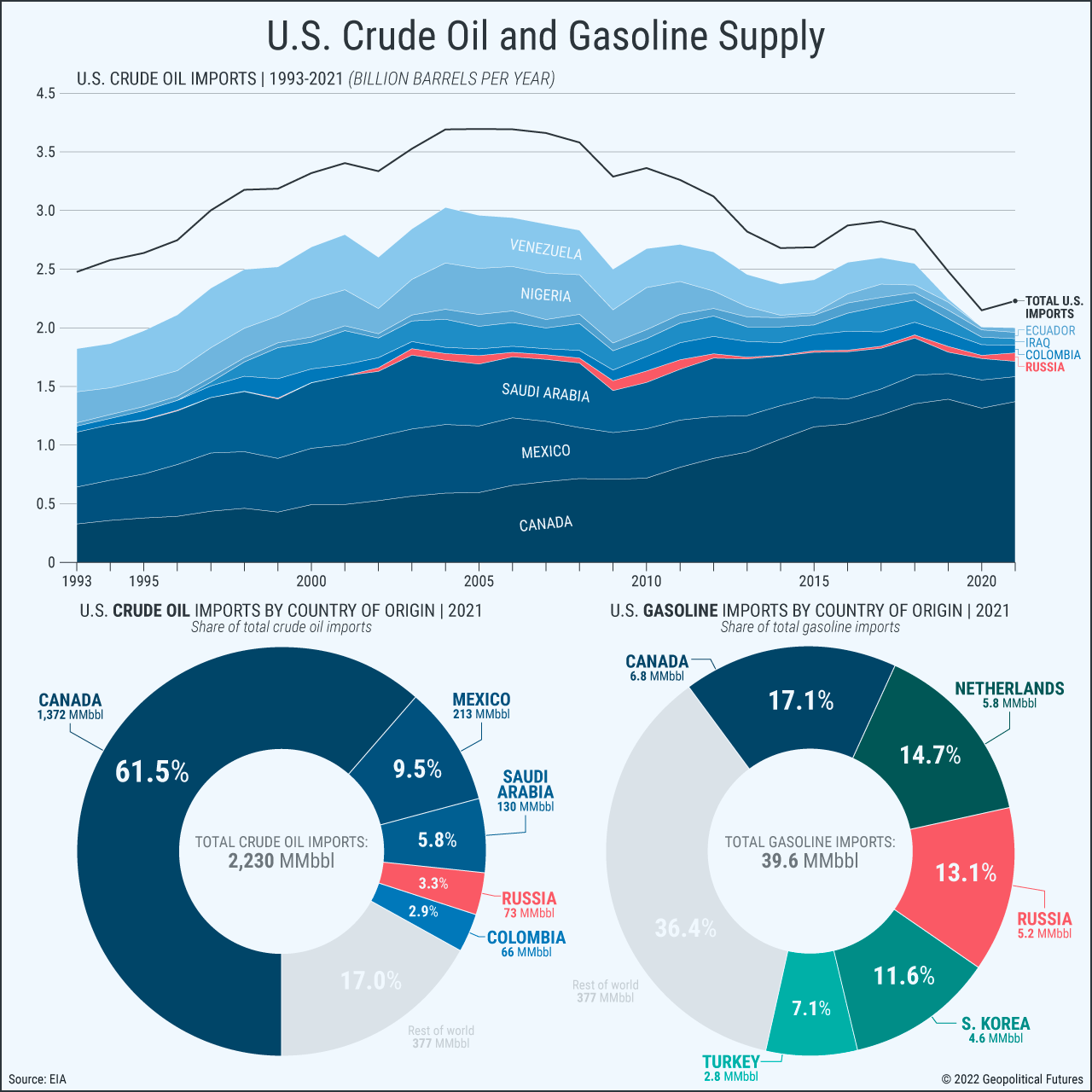 The average price of a gallon of regular gasoline across the U.S. is now $4.25, according to the latest American Automobile Association survey. Kansas and Oklahoma have the cheapest average price at $3.79, while California pays the highest price: $5.57. Regardless of location, U.S. consumers are feeling the higher cost of fuel, which has surpassed the previous record set in 2008.

Higher fuel prices are no surprise given trends in oil markets. The price of Brent crude has been climbing for the past four months and passed the $100 mark on March 1, days after Russia’s invasion of Ukraine. As of March 11, the price was $112 a barrel, after reaching $127 on March 8.

The U.S. consumes more oil than any other country by far. Before the pandemic, the U.S. had been reducing its crude oil imports for more than a decade, largely thanks to increased domestic production and the growth of renewables. But with its ban on oil imports from Russia, the U.S. now needs to replace about 7 percent of its imports.