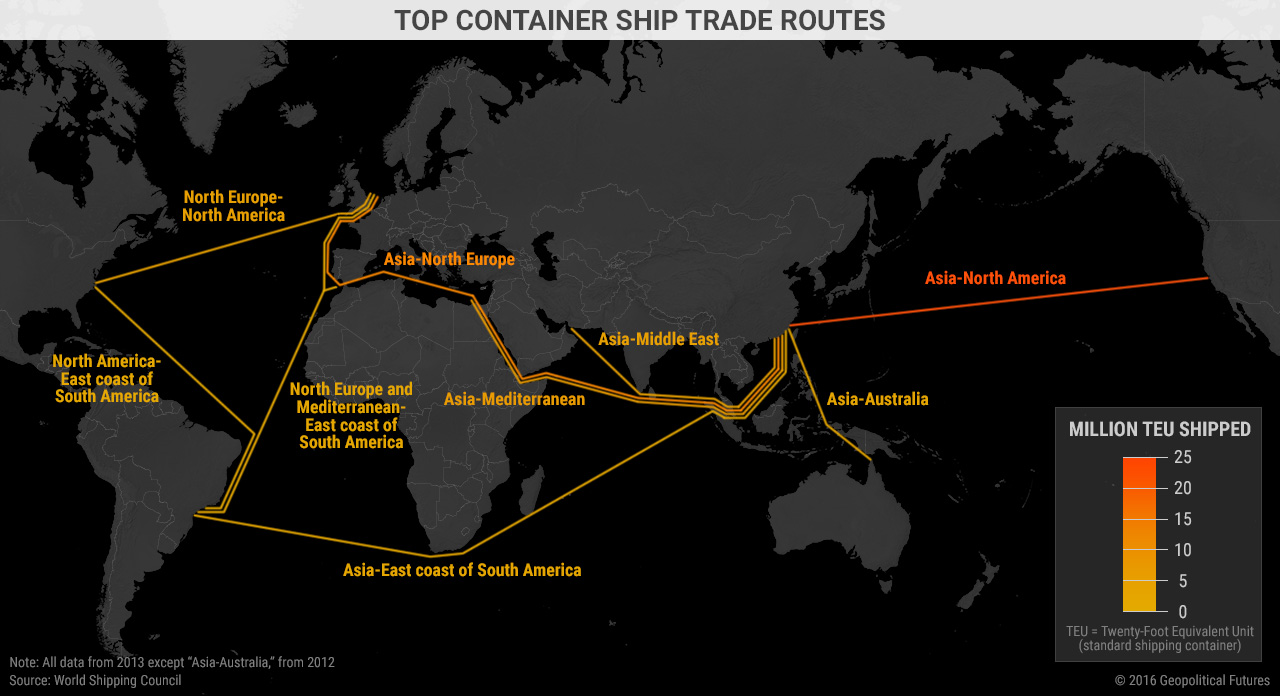 The above graphic shows the world’s top trade routes for container shipping, measured by millions of standard containers shipped. According to the United Nations Conference on Trade and Development, around 80 percent of global trade by volume and over 70 percent of global trade by value is carried out over maritime trading routes. Because of this, the maritime One Road component is potentially significant to the United States in a way that land routes through Central Asia (part of the One Belt component) are not. One of the U.S.’ strategic imperatives is to dominate the oceans to secure U.S. strategic interests and maintain the stability of the international trading system. For the U.S., the global shipping routes that form the basis of the world economy are the 21st century Silk Road, and these routes’ security is guaranteed with the full force of the U.S. Navy.

For now, however, China’s interests when it comes to global maritime trade are actually in sync with the U.S., because the Chinese economy is dependent on exports. The vast majority of those exports are shipped via sea, and North America is China’s largest export market. China is not currently willing to lose its biggest customer and is not capable of challenging the U.S. Navy; as long as this remains true, the One Road initiative will not threaten the status quo.

To learn more about China’s maritime trade, check out our report “Beijing’s Real Blueprint in the South China Sea.”