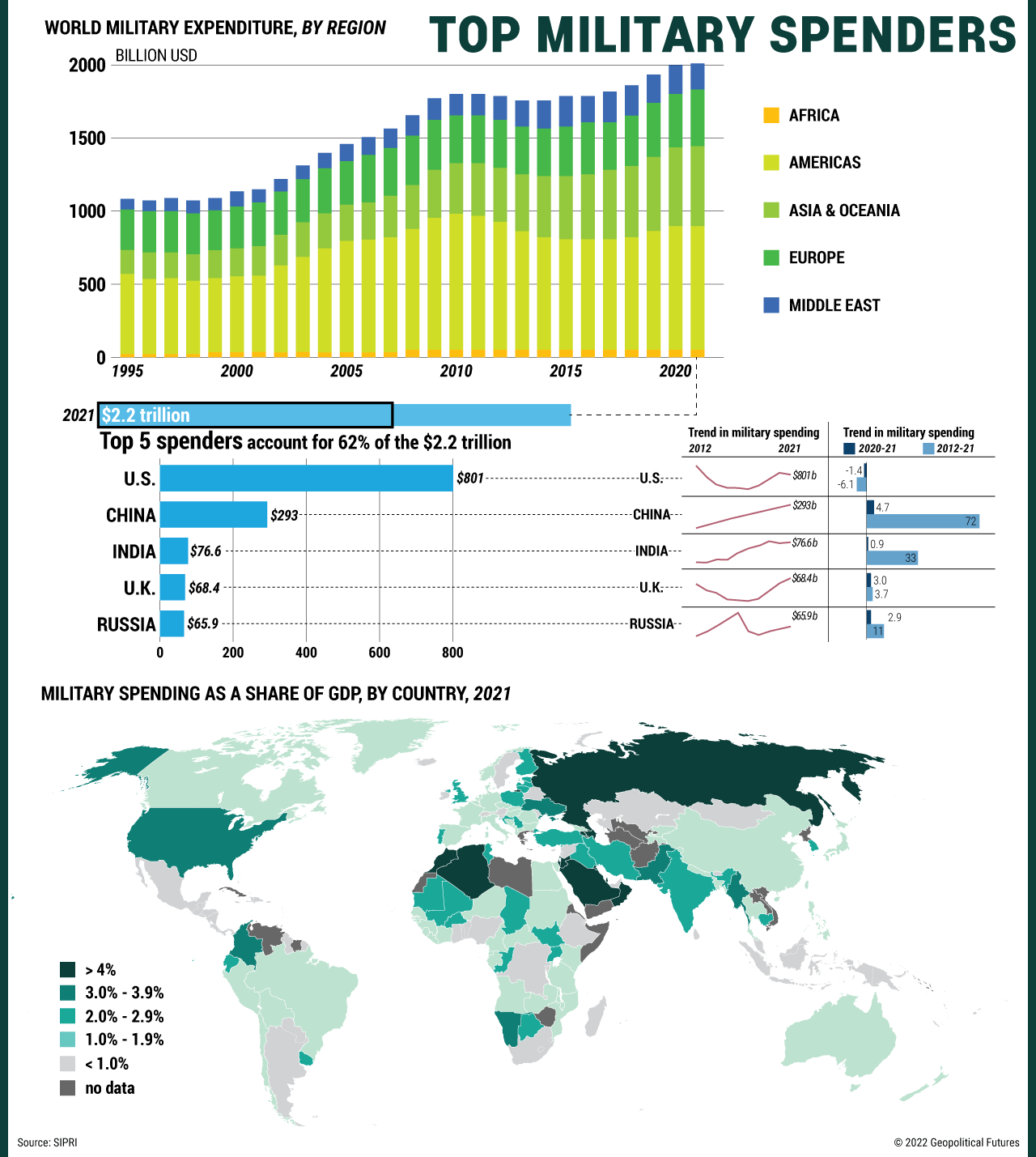 The nature of military spending varies greatly among countries and regions, and raw numbers can’t always be taken at face value. In the Americas, the United States dominates in terms of defense spending. Similarly, India and China account for the bulk of military spending in Asia.

Not all military spending is the same, either. In China and India, which respectively have 2 million and 1.4 million active military personnel, much of the expenditures go toward meeting troops’ basic needs. Both militaries also have major state-backed programs aimed at increasing the size of their domestic defense industries. The U.S. also has 1.4 million active personnel but spends nearly 10 times as much as India, mostly on advanced weapons development. For Russia, military spending prior to the Ukraine conflict reflected a large-scale modernization drive. And in the United Kingdom, spending has ticked up following national defense reviews that urged a reprioritization toward emerging threats.

The Jerusalem Post – What Congress can do for an America...