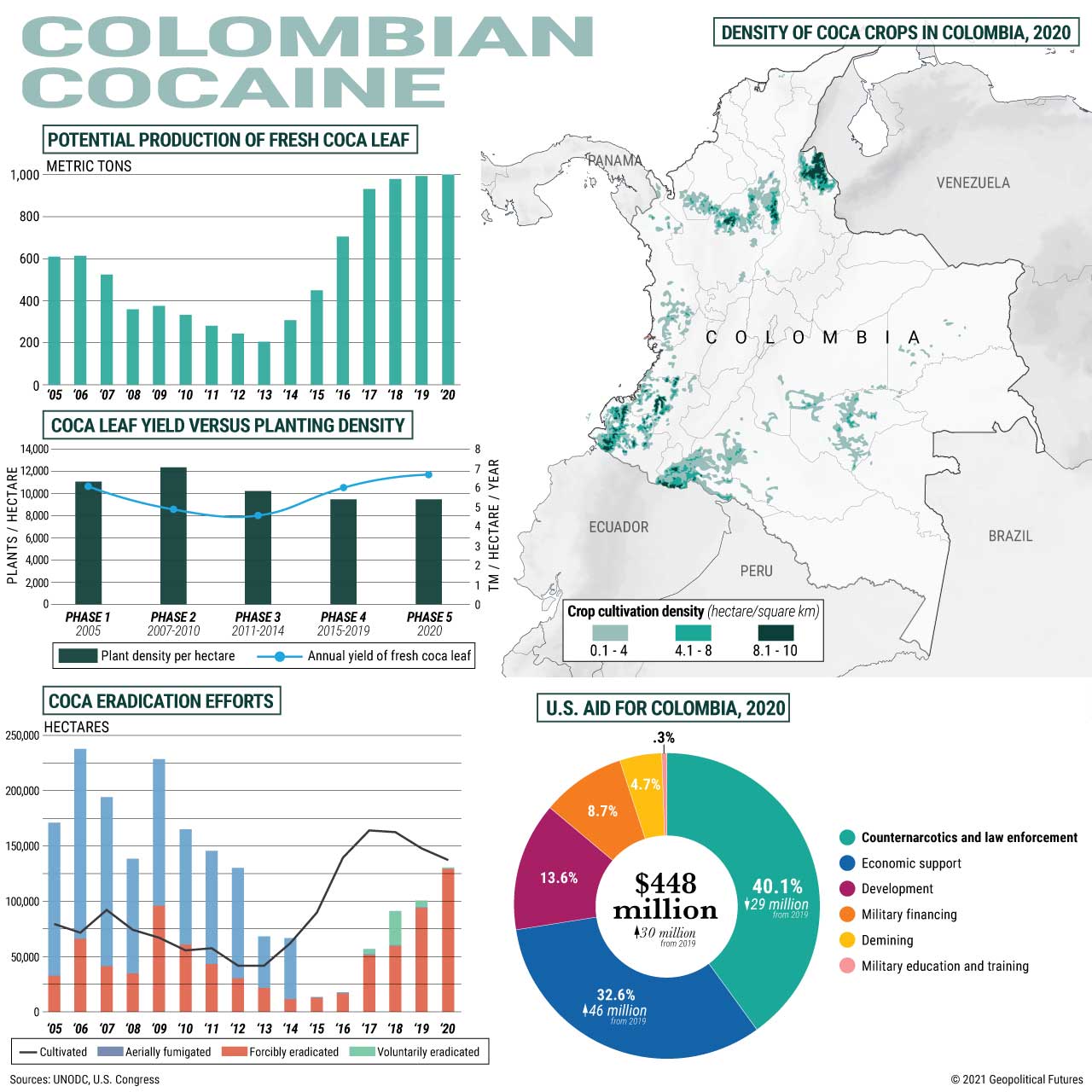 On Oct. 25, the U.S. Office of National Drug Control Policy announced a new U.S.-Colombian counternarcotics strategy. The two countries have a long and close history of security cooperation, primarily focused on operations against illegal activities. What is new is the integration of and focus on socio-economic development efforts in Colombia’s rural communities.

Colombia’s anti-drug production efforts faced several setbacks in recent years. Court rulings against the use of glyphosate due to environmental and health concerns essentially eliminated Colombia’s aerial eradication efforts. Colombian drug producers have grown more sophisticated, producing higher-yield and -quality plants without using more space. The fragmentation of major criminal groups has also made it easier for Mexican cartels to grow their presence and influence in Colombia’s cocaine production.

The new approach seeks to increase access to state services, reduce power vacuums, create income for producers and eradicate coca. Nearly all of Colombia’s cocaine crops are produced in remote border regions with minimal access to government resources or sources of income. They are areas where organized criminal groups can easily overwhelm local leaders and displace communities. The idea behind this new strategy is not only to combat criminal groups but also to simultaneously support these communities and their livelihoods.