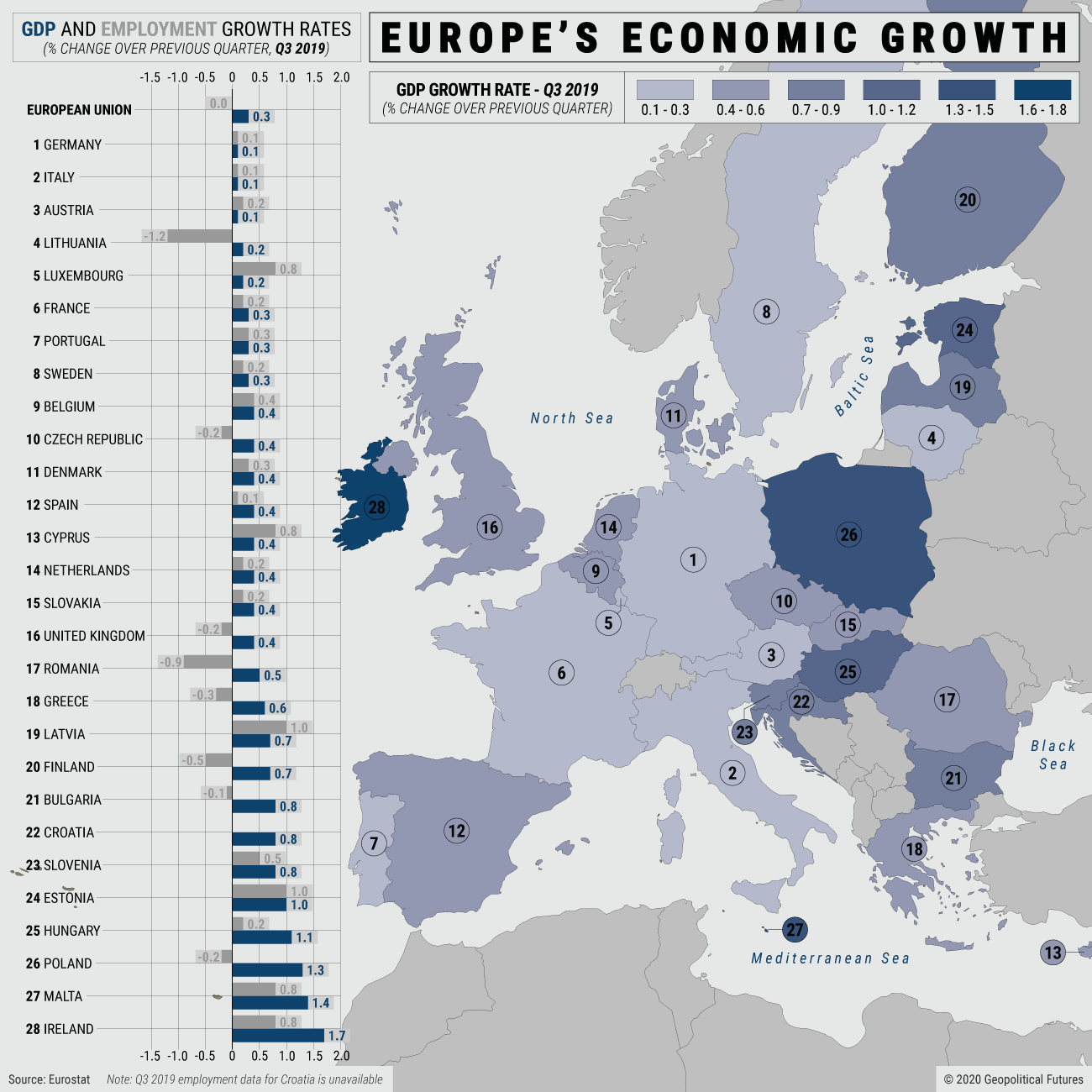 Europe’s economic growth is sluggish. In the third quarter of 2019, GDP increased by 0.3 percent quarter-over-quarter for both the eurozone and the EU. In the same quarter of 2018, the eurozone economy grew by just 1.2 percent, while the EU economy grew by just 1.4 percent. Household consumption and exports have shown small gains as fixed capital formation dragged economic activity down. Change in inventories were negative. Employment for the eurozone rose 0.1 percent in the third quarter but remained unchanged for the EU. These economies are vulnerable to a global economic slowdown. Poor economic performances are expected to destabilize Europe, which will in turn feed a major political challenge for maintaining the EU.