The climate summit convened in Paris today with the expected speech announcing impending doom, recommending radical measures to avoid that doom, and then leaving us without any real prospect of change. At these meetings, it is a gesture of concern that is the highest currency. Concern is worth more than action. These meetings are far from irrelevant though. Not only do they tell us about an important subject, but they highlight a longstanding dispute in Europe, one dating back to before the French revolution. These meetings are about the relationship between the state, the intellectual and capitalism.

Capitalism did not emerge because it had an intellectual architect. It emerged naturally out of social and technical change. It became an intellectual movement after it became a social and political reality. As it emerged, it was attacked from the right. The long forgotten thinker Johann Karl Rodbertus attacked capitalism from a monarchist position, arguing that it would shatter social relations and turn people into atomized and barbaric creatures. It is noteworthy that Pope Francis adopted the position of the 19th century monarchists — and of the 19th century church, their allies. Then, about the same time, a range of leftists, from moderate reformers to extreme radicals like Karl Marx, also spoke of the catastrophe of capitalism — that it would lead to universal impoverishment and alienation. The right and left agreed that capitalism, uncontrolled, would lead to calamity.

The control they advocated was not merely state control, but deeper than that: the governance of intellectuals. The capitalist was seen as brutish in his hunger for money and indifferent to the varieties of human suffering. The principle of Rodbertus and Marx was in essence the same. Capitalism dehumanized both the worker and the capitalist, and the state, guided by the intellectual — or the intellectual’s engine, ideology — had to guide and limit capitalism. Both forecast physical catastrophe and the loss of the soul of humanity if the state, guided by the ideology crafted by the intellectual, were not permitted to intervene, to shape and even abolish the course capitalism had set for humanity.

The discussion in Paris is essentially the latest edition of a very old debate: What will happen to humanity if the considerations of capital, profit and efficiency are allowed to define society? In this case, the primary issue is not poverty, equality or alienation. The argument is that capitalism, allowed to operate without controls, will destroy the planet’s environment and potentially destroy humanity in the process. The only way to avert this disaster is for the state — or states, as represented in Paris — to come together and compel capitalism to behave differently. This does not require maximizing its profits heedless of consequences, but controlling them through the state, which is in turn guided by intellectuals — scientists, economists and so on — away from the ecological disaster that is coming.

We are not speaking here of the truth or falsehood of the proposition. Capitalism may well have undermined humanity, as Pope Francis claimed, and capitalism may well be leading to economic catastrophe, as the socialist claimed. Rather, we are speaking to the fact that the fundamental concept guiding the talks in Paris is not a new one. This concept is that capitalism is leading humanity to disaster, that only the state intervening and controlling the free market can save humanity, and only the intellectuals controlling the state have the wisdom to guide the world to safety.

The claim of intellectuals, as they emerged from the French Enlightenment, has always struck us as dubious. The idea of the state effectively controlling anything without brutal repression has also struck us as dubious. But then, proving we are agnostics on all things, we find the claims for the glories of the free market defensible only relative to the state and intellectuals. Capitalism is brutal in the way it produces and distributes wealth. But that is not the argument we are making now. What we are trying to do is point out that the environmental movement is the heir of both monarchist and leftist anti-capitalism, making a very old argument for a very old concept from the standpoint of a very new catastrophe.

And this is at the heart of the climate change debate. It is not whether or not the climate is changing – it is. It is not a question of whether humans are changing it or another agent or, for that matter, whether it is part of a cycle. Rather, the fundamental question is whether or not it is catastrophic. All discussion assumes that the only consequences of climate change are disastrous. For us, the assertions would be far more persuasive if they showed us what would be harmed and what would be improved. Few things in nature or artifice are singularly bad or good. We do not know what the tradeoffs might be. We might lose coastal cities but turn the Sahara into the most fertile region of the world, as it was eons ago. But we don’t know because the rhetoric insists on catastrophe and the computer models showing consequences are not very good forecasters.

Mitigating climate change would mean more than money. It would mean allowing the state to define our economic lives and, therefore, for the most part, our entire lives. And it would allow the intellectuals who understand the dangers to define the state. That is a high price to pay, but it is a high price that must be paid if the only consequence of climate change is absolute catastrophe. If this is the consequence, the price must be paid. But is it the consequence? We do not know.

The political leaders in the world are therefore unwilling and politically unable to pay the price. It is not because climate change may or may not be happening, it is because we simply do not know the net consequence.

But this was similar to the arguments of the right and left against capitalism in the 19th century. Their prediction for capitalism was moral and social catastrophe. They insisted that the state take control of the engines of production, and that the intellectual constructs guide the state. The benign thinking of the 19th century turned into the horrors of the 20th as the left and right took control over the state and the state took control of the economy and the human soul. It was a stunning price to pay to Hitler and Stalin, both critics of capitalism who foresaw catastrophe.

The environmentalists are not Hitler or Stalin by any stretch of the imagination. Nor do they intend something other than they say — to save humanity from the disasters of capitalist industrialism. But the insistence on catastrophe as the inevitable and only outcome of capitalism, on the state as the instrument of redemption and the intellectuals as our guides is not a new idea. What is new is the form in which the catastrophe will come. And therein is the issue. The climate is changing. Catastrophe is too simplistic an outcome, and too outworn.

What the EU’s Green Deal Means for Europe and Russia 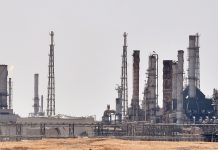 What 1979 Can Tell Us About Iran Today