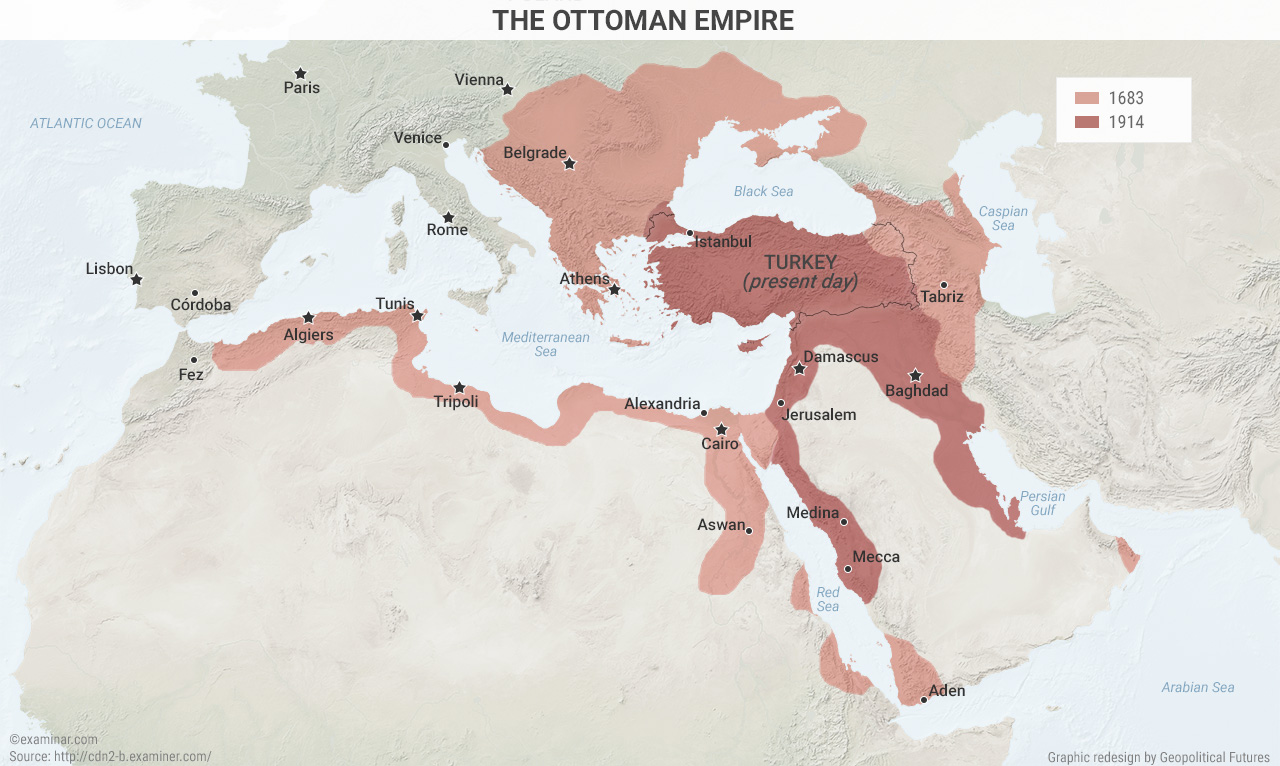 For example, Iran represents a major obstacle for Turkey. In sharp contrast to the Ottoman era – represented in this week’s graphic – when the Turks controlled the Levant and Mesopotamia and blocked the Persians, today the Iranians are able to prevent Turkey from shaping these areas. Iran’s influence in the two Arab states that Turkey borders prevents Turkey from projecting power on its southern frontier. Therefore, Turkey will be working to gain leverage in both countries to roll back Iranian influence.

To read more about Turkey’s future and how it could reshape the Middle East and beyond, read our Deep Dive Turkey’s Geopolitical Imperatives.

Israel and the Search for a Balance of Power