This week, we’re digging into the archives with a map we produced back in September 2016, when Geopolitical Futures was less than a year old and Hillary Clinton seemed a lock to win the U.S. presidency. The map tells a very simple story. It shows the reaches of the Ottoman Empire in 1683, stretching from Morocco to Iraq, and Belgrade to Aden. It also shows the Ottoman Empire on the eve of World War I, significantly weakened but still a Middle Eastern hegemon. Finally, it shows Turkey today, shorn of its empire and its caliphate.

It’s an especially important map to revisit this week, after Turkey launched its invasion of Kurdish-controlled parts of northeastern Syria. In a sense, the containment of Turkish power within the borders drawn by World War I’s victors always had an unnatural quality to it – like a teenager in suspended animation, never allowed to reach maturity. Turkey is now asserting its military power in Syria, as it slowly and subtly works its political and economic power through parts of Southern Europe and Central Asia. Since 1683, the entity we now call Turkey had been steadily contracting. Now, it’s expanding again – and if there’s such a thing as geopolitical deja vu, this throwback GPF map attempts to capture it. 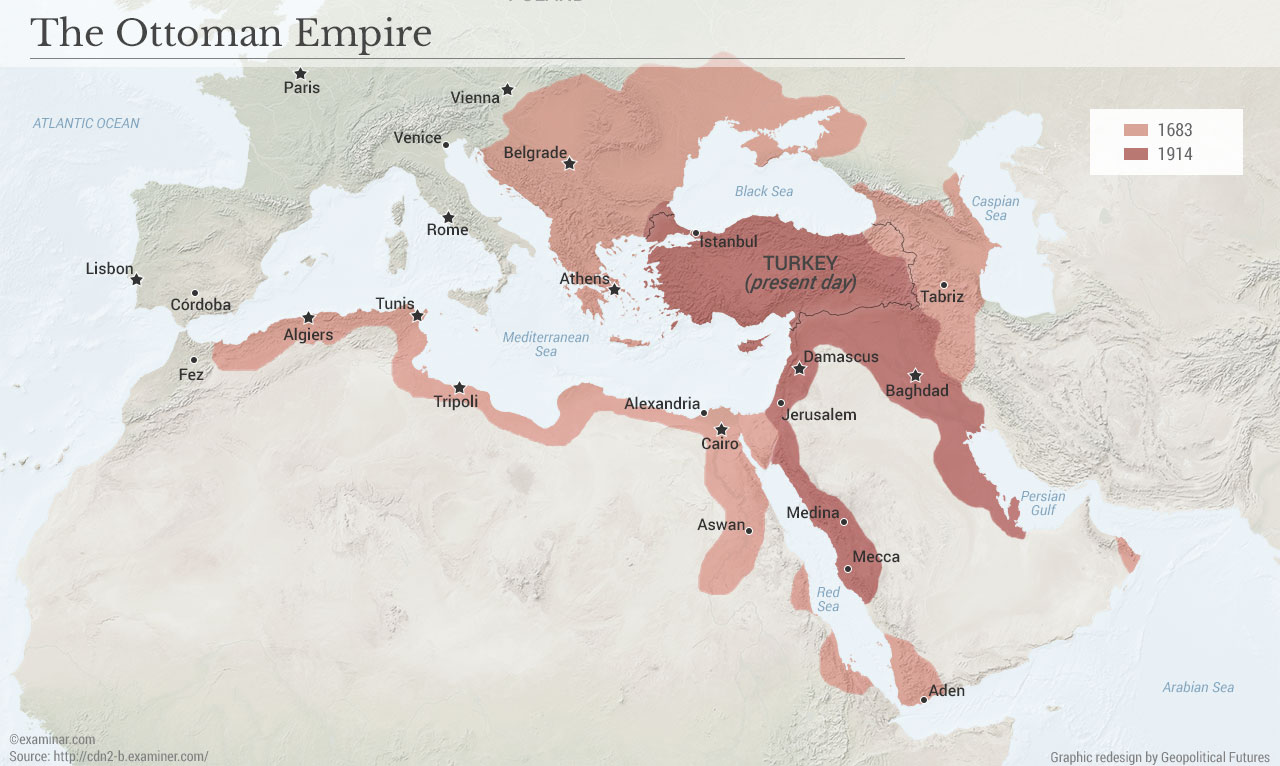