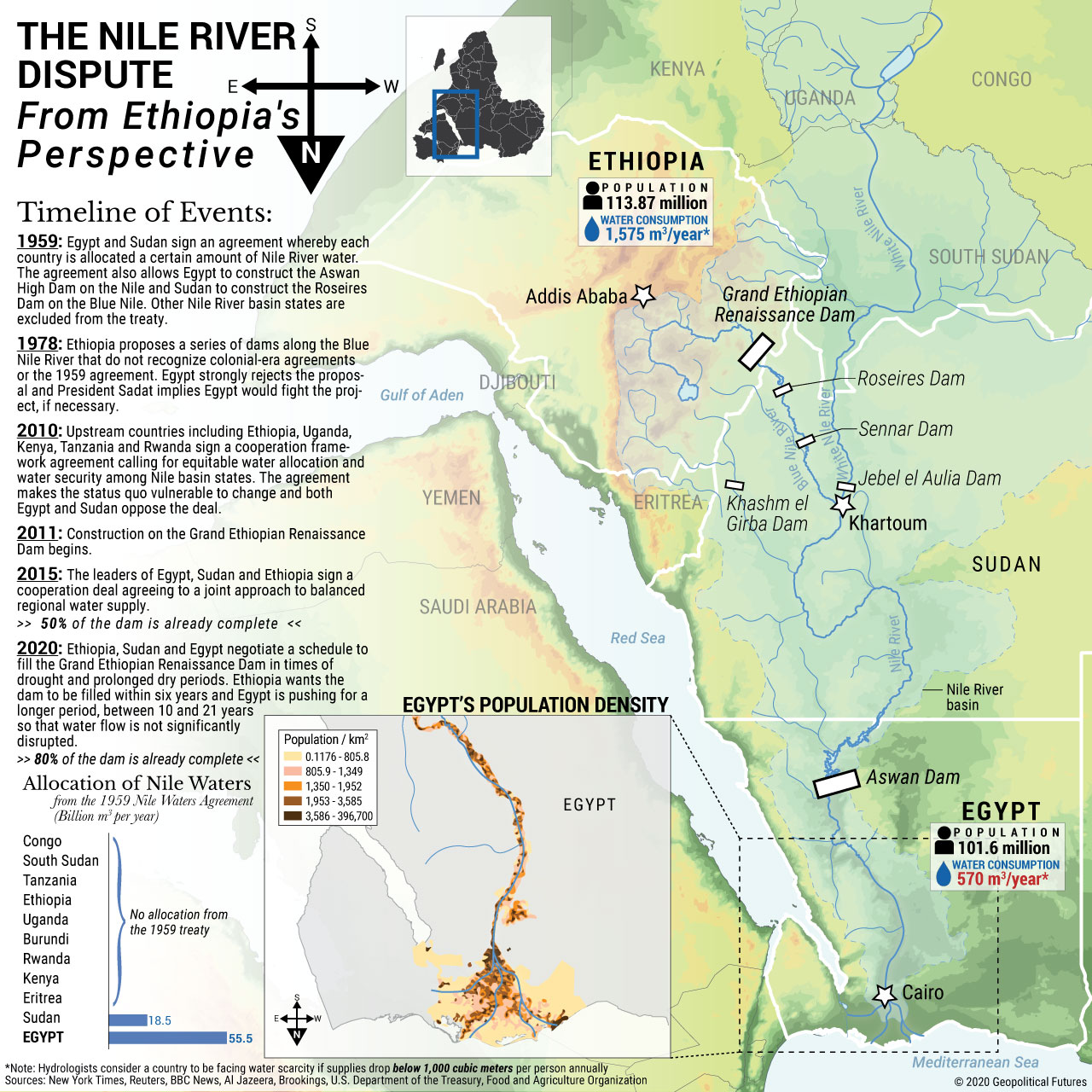 The Nile River and its tributaries have served as a lifeline for human civilization in the Nile River basin for centuries. Today, more than 300 million people from Burundi, Congo, Egypt, Ethiopia, Eritrea, Kenya, Rwanda, South Sudan, Sudan, Tanzania and Uganda rely on this river system as their primary source of freshwater. For many of these countries, especially Egypt, ensuring the flow of water through the Nile River is a question of national security.

Cairo is in a very vulnerable position. Ninety-five percent of the freshwater consumed in the country originates beyond its border and is therefore out of its control. Approximately 85 percent of all water that flows through the Nile River in Egypt originates in Ethiopia. This explains why Egypt and Ethiopia – two countries that fought a war over this issue in the 1870s – have historically viewed each other as a threat. Egypt is concerned that Ethiopia may block the flow of water downstream; Ethiopia is concerned that Egypt may compromise its access to freshwater in an effort to secure Egyptian supplies.

Further complicating the issue is the Grand Ethiopian Renaissance Dam, a project that promises to deliver much-needed energy to the region. Talks are currently underway over how to fill the dam and manage water flows in times of drought. The project poses a potential threat to Egypt’s water supply and strikes at core security issues for both countries. While talks have been progressing toward a final agreement, the reality of the situation is that the flow of water through the Nile River will remain a point of contention between Egypt and Ethiopia.

Egypt’s Coptic Christians: A History of Exclusion and Discrimination