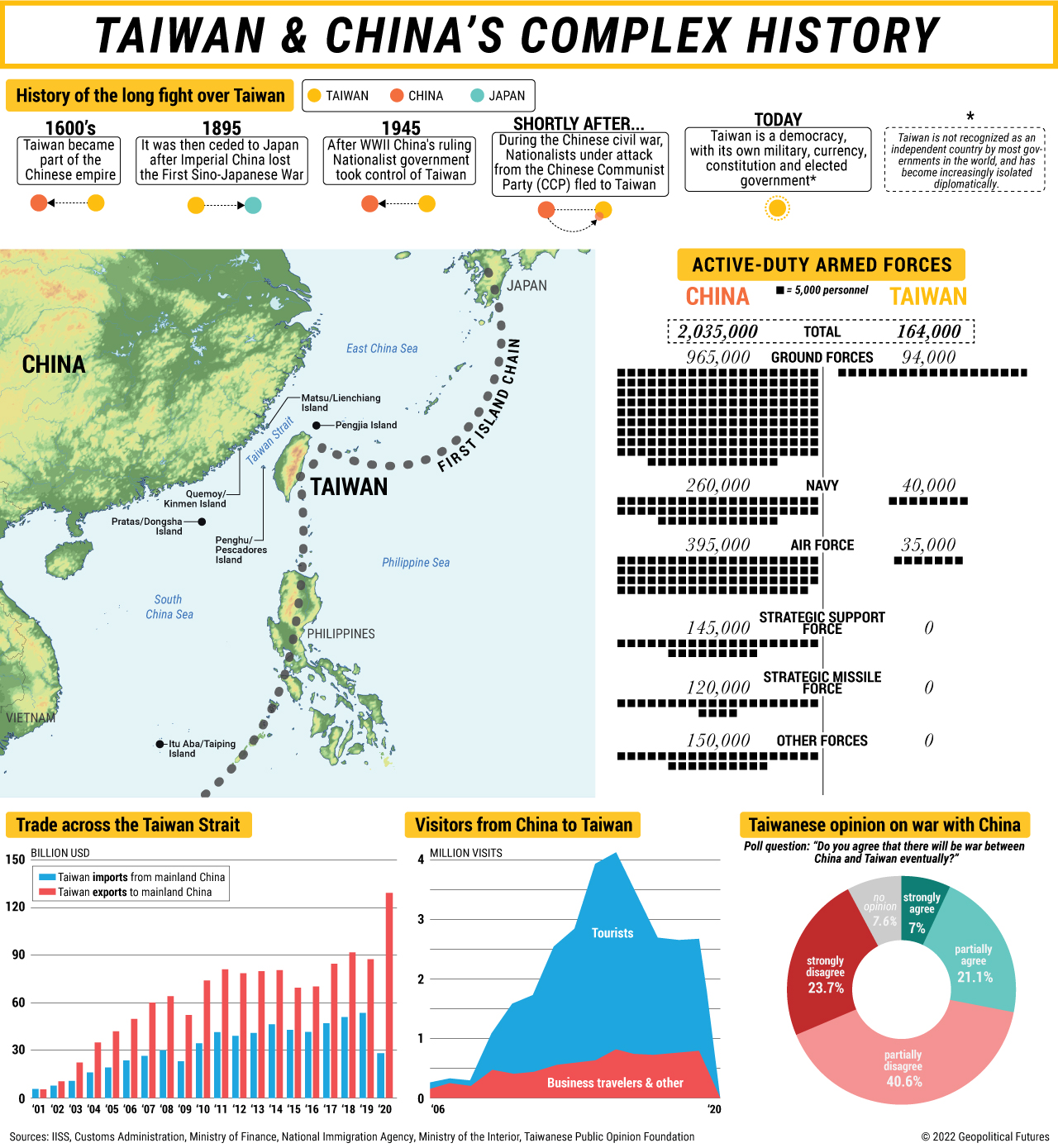 Not so long ago, Taiwan and mainland China were mending their relations. Trade relations and cultural exchanges developed rapidly in the early 21st century. Today, however, amid fears that China will try to retake the island by force, cross-strait relations are at a historical low.

Amphibious invasions are the most difficult kind, and the People’s Liberation Army has no experience coordinating air, land and sea forces for such a massive assault. Beijing also can’t be sure whether Washington and Tokyo would sit on the sidelines during a potential conflict, especially as the Biden administration continuously heaps more ambiguity on the U.S. approach known as strategic ambiguity. Japan has put a lot of emphasis on its own national security recently, and is looking to take on a leadership role in the Indo-Pacific region. Japanese involvement in a conflict over Taiwan would make a Chinese victory even less likely, a risk that China cannot afford.