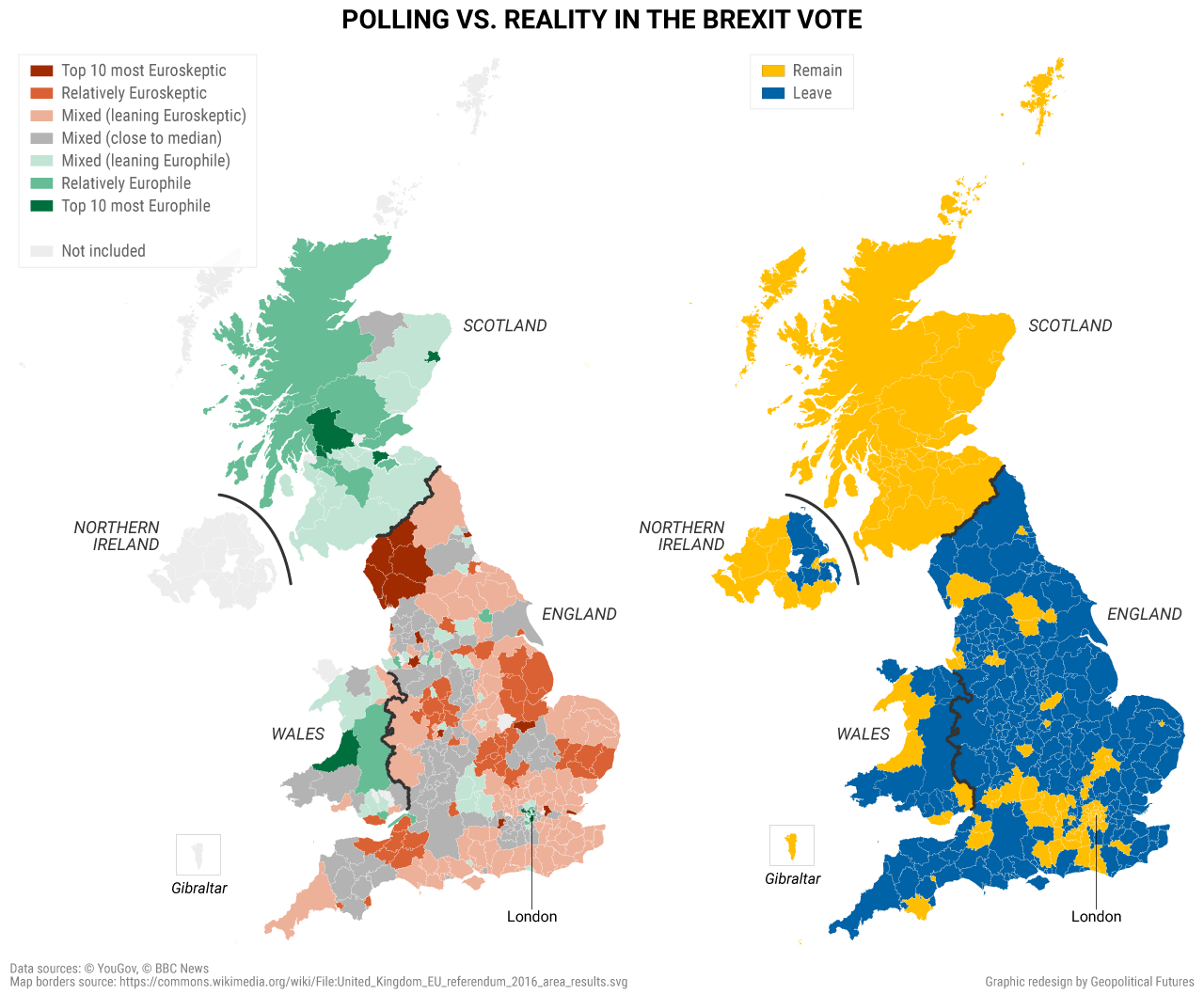 The first YouGov poll released after polls closed predicted a 52 percent to 48 percent victory for “remain” – and the result was almost the precise opposite. At the beginning of the night, Newcastle upon Tyne turned out to be a far more even heat than expected (the “leave” camp garnered a higher percent than anticipated), and Sunderland turned out stronger for “leave” than expected. Those were not flashes in the pan but actual discrepancies between polling and reality.

The map on the left doesn’t give you a sense that Wales would vote overall for “leave.” Northern Ireland looks very mixed, whereas in the majority voted for “remain.” And polls missed the strength of the “leave” sentiment in the center of England. The increasing inaccuracy of polling is a phenomenon George Friedman has pointed out before and that we have written on extensively.

Also, Scotland, Northern Ireland and London all voted to remain. Wales and much of the rest of England voted predominantly to leave. This fits with the increase in nationalism across Europe, and brings into relief how nationalism is not just something that affects nation-states but also everything from multilateral international institutions to united kingdoms.