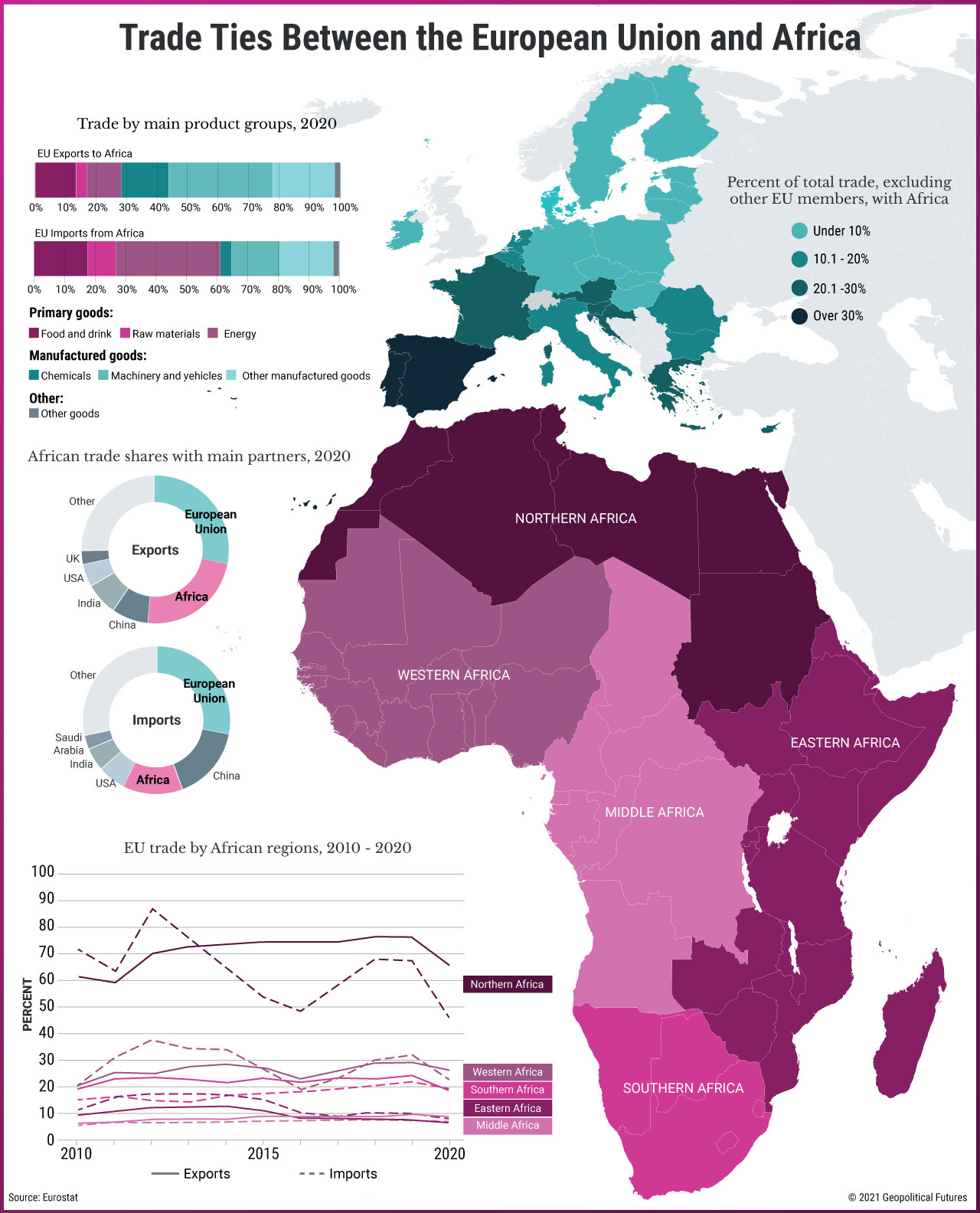 The geographic links between Europe and Africa go back centuries. The Mediterranean naturally ties southern Europe to the north of Africa. European maritime trade with Asia before the construction of the Suez Canal relied on settlements and logistical support centers along Africa’s coasts. Europe also exploited Africa for centuries through colonization and the slave trade. To this day, the composition of imports and exports between the continents reflects this colonial past, where colonies supplied the inputs for finished goods produced in Europe. Manufactured goods still dominate European exports to Africa, and African exports to Europe still consist mainly of primary goods.

History and geography can also explain trade patterns at the subregional and country level. Largely because of its proximity and energy resources, North Africa trades significantly more with Europe than does the rest of Africa. The top three exporters of oil from Africa to Europe – Nigeria, Libya and Algeria – are located in northern and western Africa. In addition, France’s significant role in Africa as a former colonial power helps explain West Africa’s position as the second-largest trader with Europe. On the European side, France, Germany, Spain, the Netherlands, Italy and Belgium are the largest trade partners with Africa. Not only are these countries close to Africa and home to some of the largest economies in Europe, but they were also the main European colonizers of Africa.

Daily Memo: Contests for Influence in Iraq and the South China...