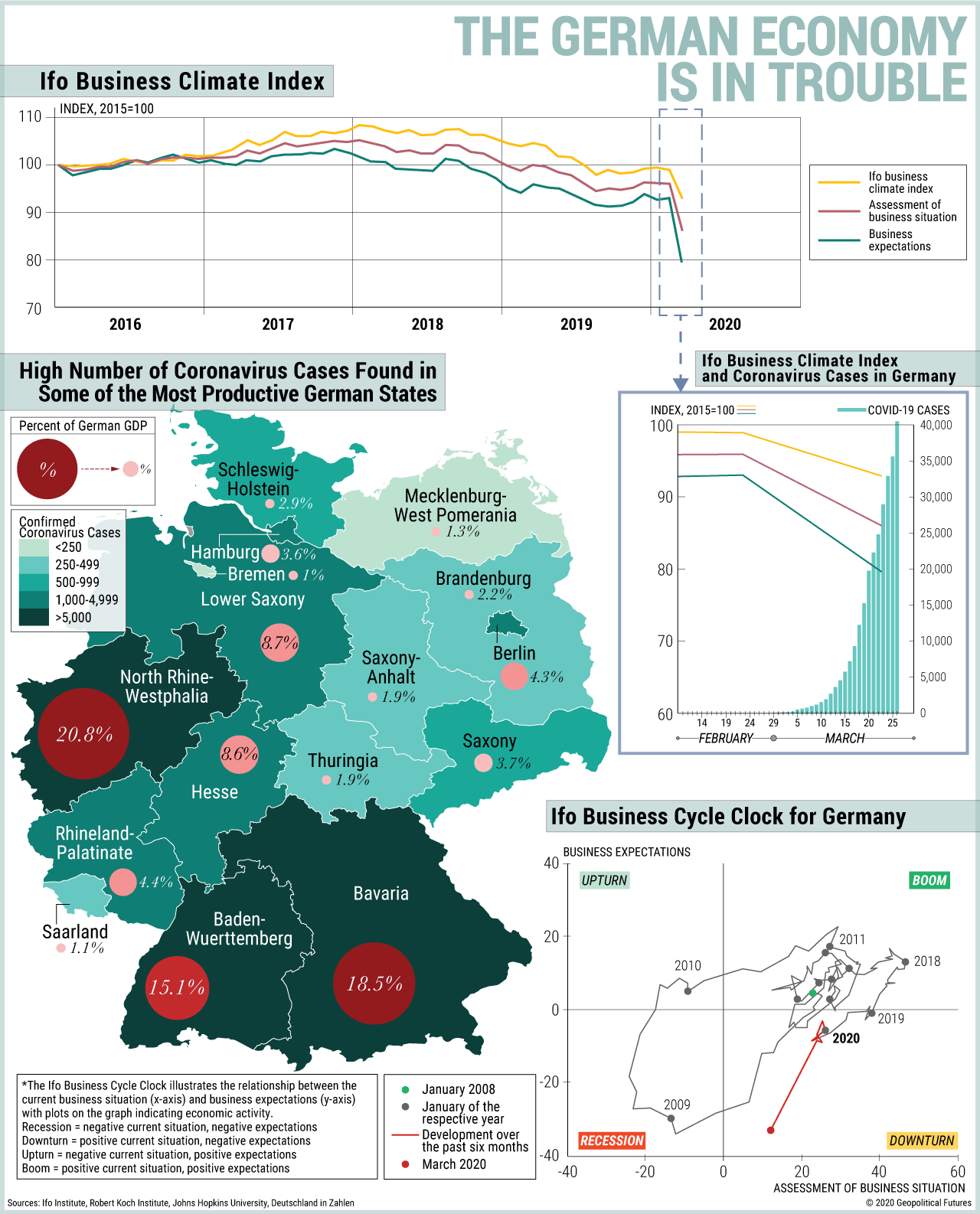 It’s no secret that the global economy has slowed down in March as major economies across the globe introduce measures to combat the coronavirus outbreak. Measuring the impact of these measures is challenging since data for this period has, for the most part, not be released yet. In Germany, however, the Ifo Institute’s business climate index, which measures sentiment among German managers in the areas of manufacturing, services, trade and construction, is a useful indicator.

And according to this indicator, the future doesn’t look good. In the institute’s own words, the sentiment among business managers has turned “extraordinarily dire.” “The German economy is in shock,” the institute said. The two sectors contributing most to the declining business climate were trade and manufacturing. More worrying than the plunge in the business climate, however, is the plunge in expectations for the next six months. As mentioned in GPF’s 2020 forecast, Germany is vulnerable to an economic downturn because of its dependence on exports, which account for 47.4 percent of the country’s gross domestic product, according to the latest World Bank figures. This means every 2 percent drop in exports will translate into a nearly 1 percent decline in GDP.

Daily Memo: Iranian Protests Are Back