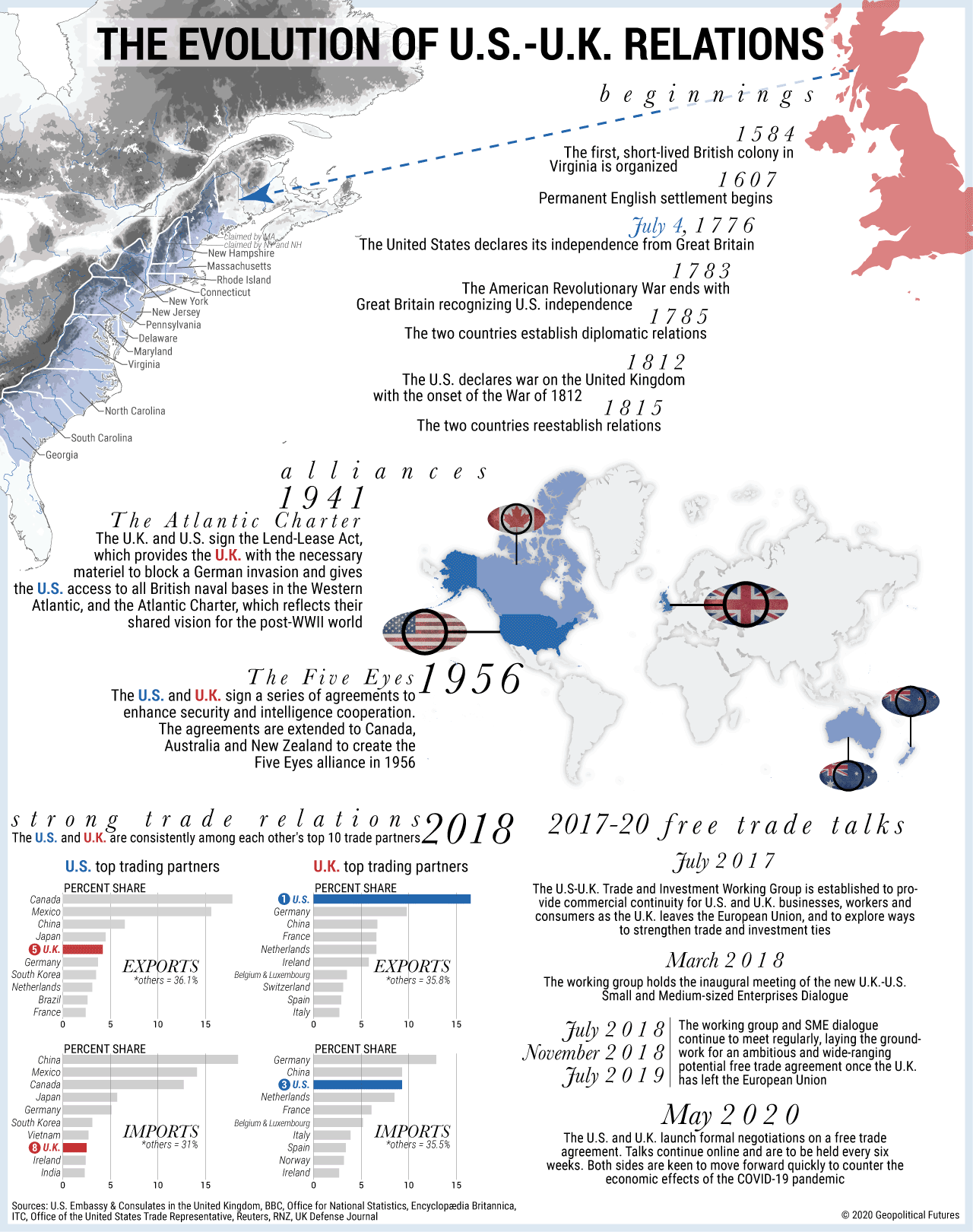 The bilateral relationship between the United States and the United Kingdom is among the strongest in the world today. But the two countries got off to a rocky start. That was to be expected, though, since the American colonies declared independence from and fought a war with the U.K. However, the end of the war did not mark the end of hostilities. After losing the American colonies, the U.K. continued to build its empire throughout the world and did not give up on efforts to maintain a foothold in North America. During the 19th century, when the British Empire reached its peak, the U.K. controlled the Atlantic Ocean. There was a serious possibility that it, along with other European powers, could recolonize the Americas. The U.K. therefore continued to pose a threat to the United States even after independence.

It was not until World War II that the United States and the United Kingdom established the close alliance we know today. In the first half of the 20th century, the U.S. feared the emergence of a European power that could dominate the Continent. After World War I, it tried to strike a balance between Germany and France to prevent either from becoming too powerful. It failed. With the outbreak of World War II, the German threat reappeared. France fell to Germany, and the U.S. turned to the U.K. to form a partnership aimed at stopping the Germans; they ultimately defeated Germany in the war.

Their partnership turned out to be a strong and lasting one as the two countries had many long-term interests in common. Since WWII, they have expanded their military and intelligence cooperation, backing one another in international conflicts with military deployments. Politically, many of their long-term strategic interests continue to overlap, regardless of what parties are in power. Economically, they have a robust trade relationship that has taken on a new level of importance because of the U.K.’s departure from the European Union. Their relationship has come a long way.