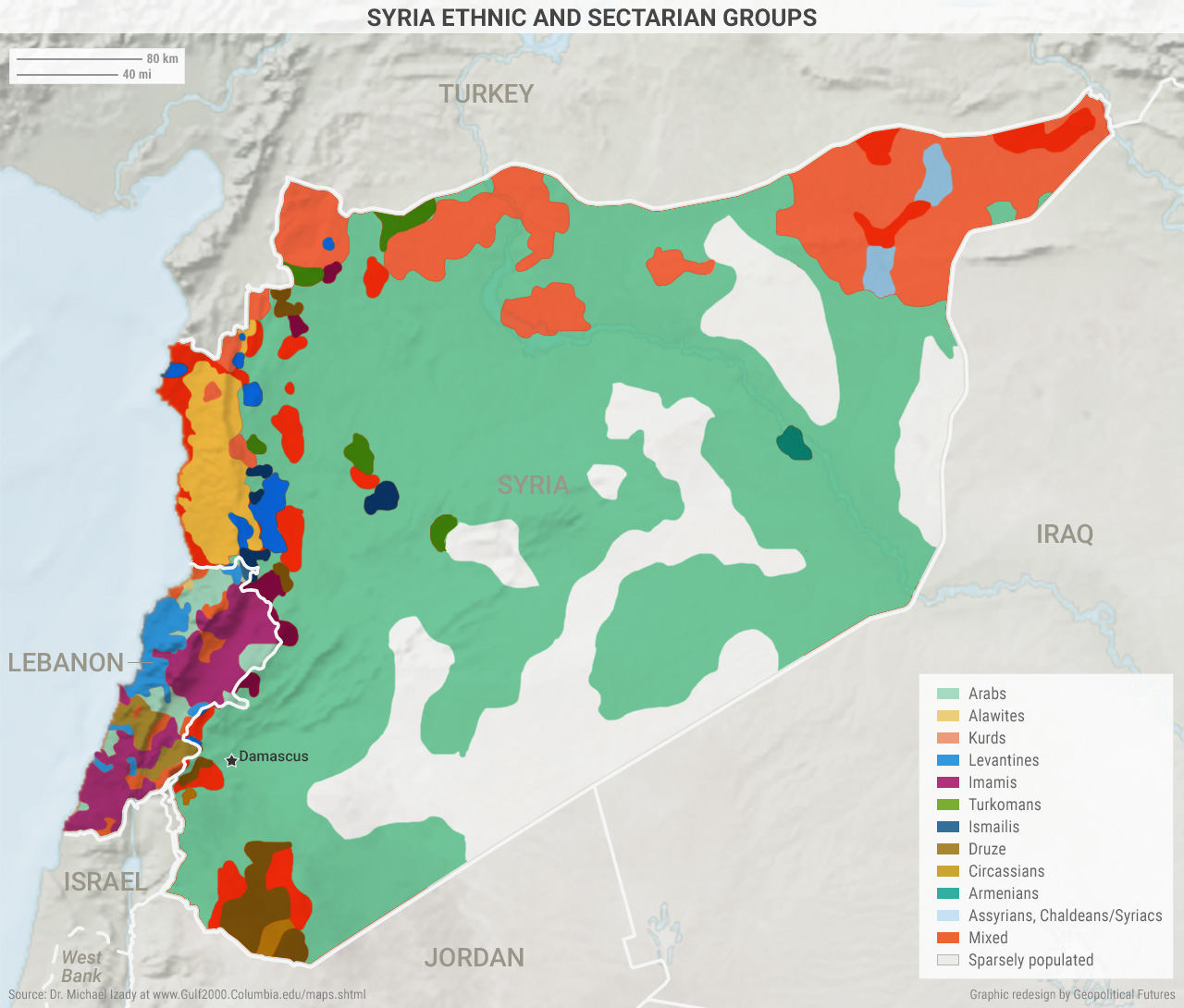 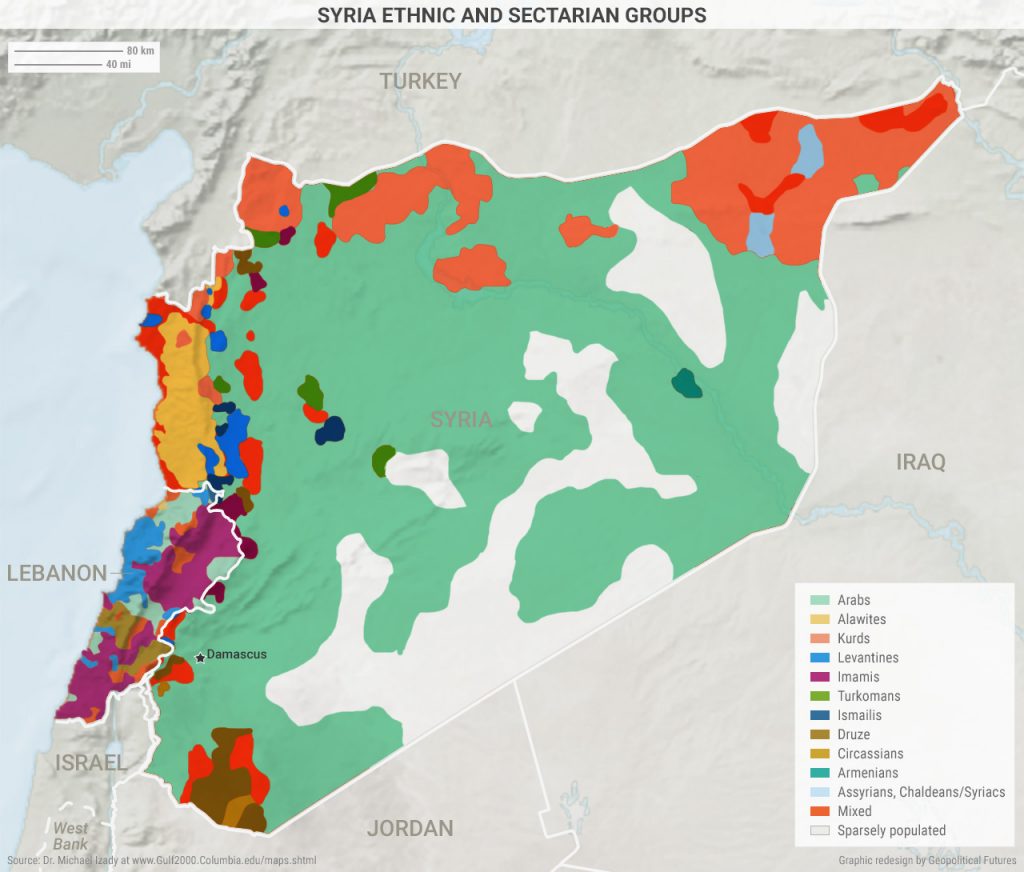 It is impossible to know the exact demographic breakdown of the country today because of the fighting and migration, but before the war, roughly 68 percent of Syria was Sunni. Of that, 10 percent was Kurdish and the rest was Arab. Alawites made up another 11 percent of the total population. We can assume that the country remains divided between three groups: Alawites, Syrian Kurds and Sunni Arabs. The Alawites are loyal to Assad; the Syrian Kurds are loyal to the People’s Protection Units, or YPG; and the Arabs are divided – some Islamist, some champions of Assad, and all competing for influence.

The Assad regime, the Alawites and other minorities that Assad protects will never consent to democracy in Syria. To do so would open those communities to certain reprisal by Sunni Arab forces should they come to power. The same is true of the Syrian Kurds, who, despite being the smallest and newest Kurdish population in a Middle Eastern country, have secured a de facto state for themselves and are taking as much territory as they can to try to lend strategic depth to their indefensible position on the border with Turkey.

The most likely scenario is that Syria will eventually be divided into three main areas. The first area will be controlled by the remnants of the Assad regime, which will maintain authority over the major cities and the coastal strongholds that are the Alawites’ core territories. The second area will be the Syrian Kurdish territories. The third area will be a lawless swath of Sunni Arab territory. The names of the groups are constantly changing, but they will be fighting each other for supremacy in these areas, as well as launching opportunistic attacks against Assad forces and Syrian Kurdish forces.

The Balkans: Still the Powder Keg of Europe?