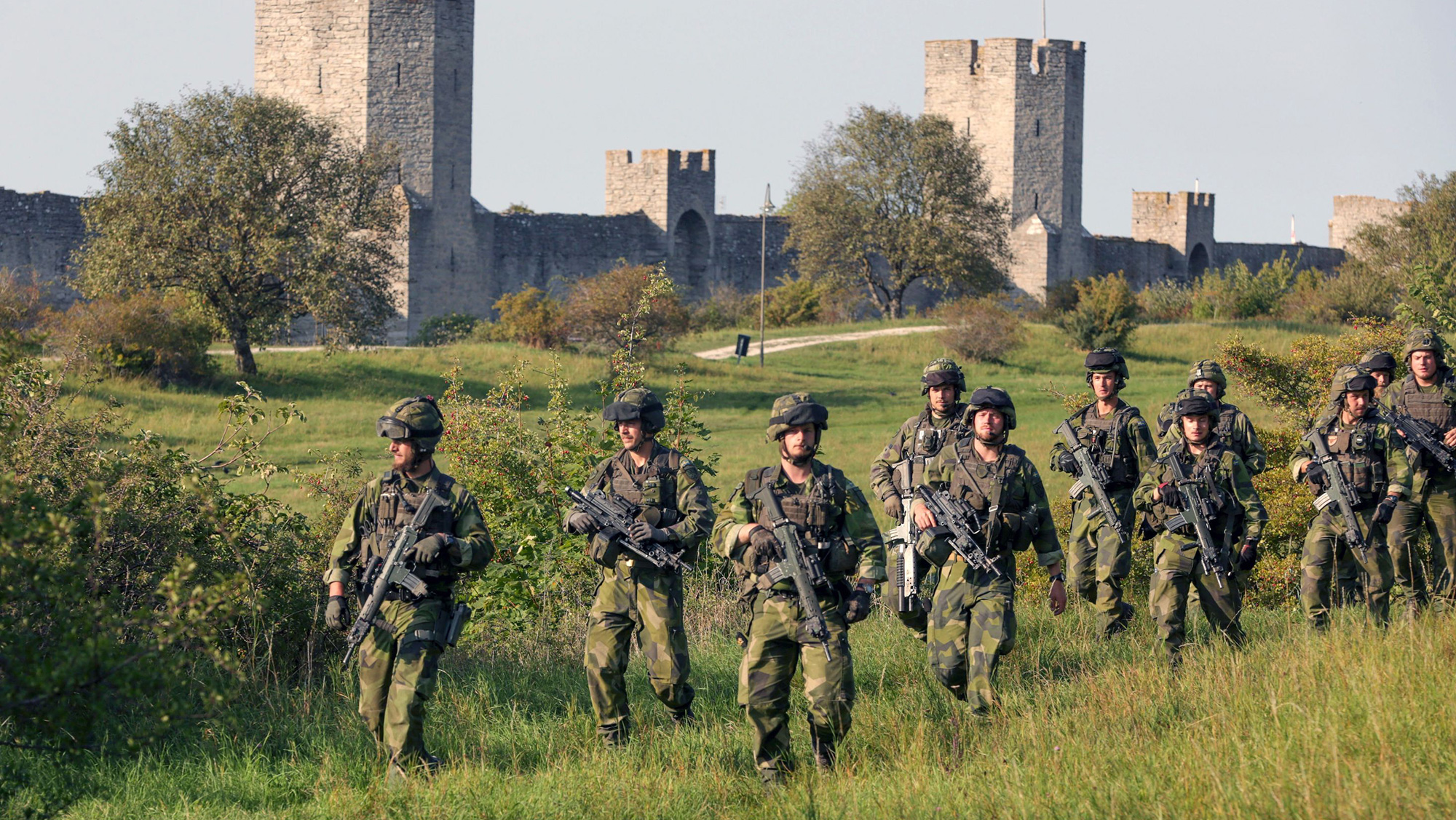 Editor’s note: An earlier version of this analysis misstated the capital of New Zealand. It has since been corrected.

It’s not every day that a country finds itself in a position where one decision can shape the security framework of an entire region. At the moment, Sweden is in just such a position: It must decide whether to sign a new U.N. nuclear weapons ban. On its face it sounds fairly harmless – Sweden doesn’t have its own nuclear weapons anyway, and U.N. measures are typically ineffectual – but the responses to it tell a different story. The United Kingdom, France and Germany have all warned Sweden against signing onto the treaty, but the harshest response came from Washington. U.S. Defense Secretary James Mattis sent a letter to his Swedish counterpart threatening to end security cooperation with Stockholm if the agreement is signed. He warned that Sweden’s approval on the new U.N. convention banning nuclear weapons, including on Swedish territory, would affect U.S. defense cooperation both in general and during a crisis. He’s not wrong.

In a move consistent with its stance on nuclear weapons for the past 50 years, Sweden voted in favor of the updated anti-nuclear resolution in July. Sweden ended its military nuclear program in 1965 and dismantled its last plutonium laboratory in 1972. It had started its program for the purpose of nuclear deterrence as part of its national defense doctrine, but it abandoned this outlook once it realized its efforts would encourage neighboring countries to pursue their own nuclear programs. The pursuit of safety, Sweden feared, would only make the region more dangerous. Since then, the government in Stockholm has supported the idea of nuclear disarmament, with the aim of lowering the levels of preparedness of nuclear arsenals throughout the world.

What the new U.N. resolution would do – and why the U.S. and NATO allies warned so strongly against Sweden’s signing it – is ban signatories from either delivering or receiving nuclear weapons, or from stationing nuclear weapons on their territory. Air bases and sea ports could be denied to vessels (submarines, destroyers and bombers) carrying nuclear weapons such as ballistic missiles. The consequences are especially dire for the United States; U.S. military doctrine does not permit officers to disclose what types of weapons are on their vessels. In effect, all U.S. military vessels and aircraft would lose access to Swedish sea ports and air bases. This could severely limit NATO’s operational capabilities in the event of a military conflict, particularly a conflict with Russia over the Baltics.

The Baltic states (Lithuania, Estonia and Latvia) occupy one of the most vulnerable positions along the Intermarium, an emerging containment line sponsored by the U.S. to keep Russian influence in Europe at bay. The Baltic countries comprise the northern limits of the Intermarium and are isolated, wedged between the Baltic Sea, Russia and very pro-Russia Belarus. Only Lithuania shares a border with the mainland, anti-Russia bloc of Europe – a mere 65 miles (104 kilometers) with Poland.

In recent years, as part of its resurgence, Russia has built up its military capabilities along its western border and in Kaliningrad, its exclave on the Baltic Sea surrounded by Lithuania and Poland. Kaliningrad is equipped with a sophisticated anti-access/area denial network that includes the S-400 air defense system and Iskander short-range ballistic missiles, which have a range of just over 300 miles. Russian corvettes in the Baltic have been observed to be equipped with long-range Kalibr missiles (range of 1,600 miles) as well as the Bastion anti-ship missile system, which has an effective range of roughly 150 nautical miles. Russian bombers, fighter jets and reconnaissance planes are also based in the exclave. These forces in Kaliningrad pose a serious threat to the Baltic Sea and the Baltic states, which must rely on NATO to defend themselves from Russia.

Sweden enters the mix because of an island called Gotland, which is strategically located to play a key role in the military control of the Baltic Sea. Given Sweden’s unofficial alignment with the U.S., this means mitigating aerial threats posed by weapons systems in Kaliningrad, such as denying Russia the opportunity to control the entire airspace around the Baltic states. Whoever holds Gotland is well-positioned to monitor submarine activity in the Baltics and can heavily influence the naval supply of resources and troop reinforcements to the coasts of the Baltic states (and, to an extent, to Poland). 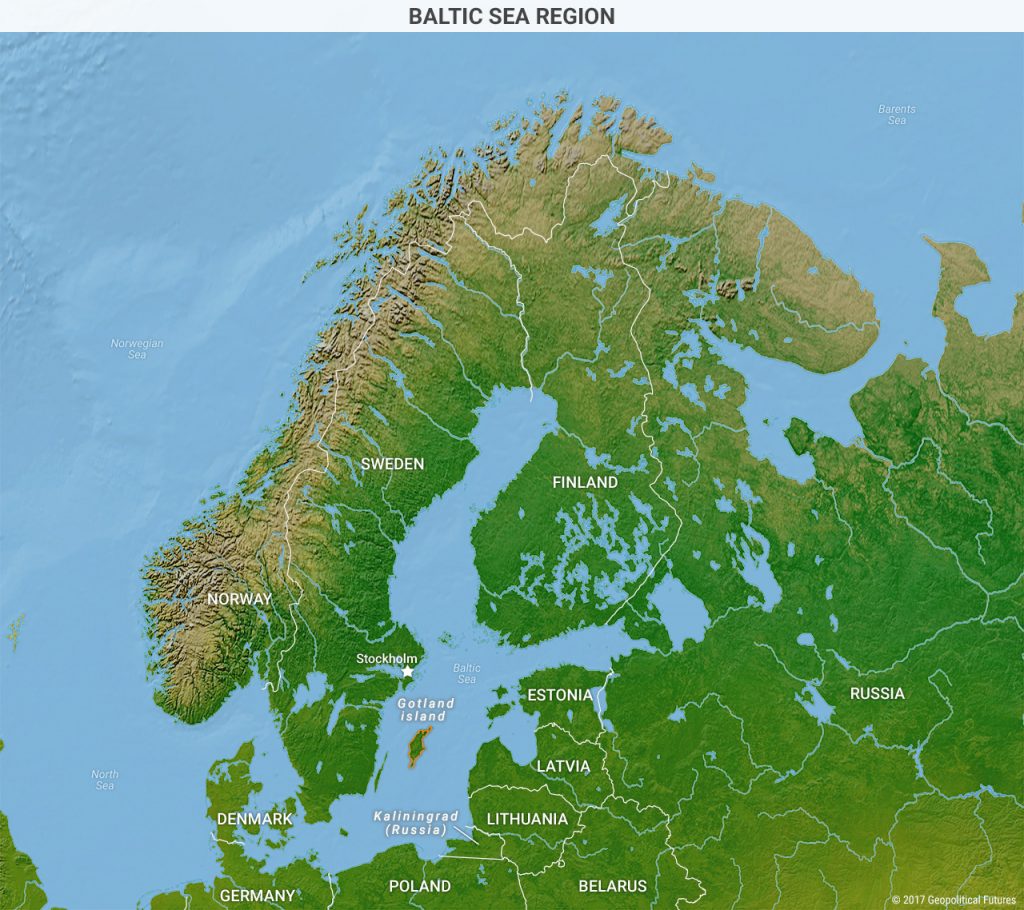 Ever since Mattis’ warning, Sweden has been backpedaling from its support for the U.N. nuclear ban treaty. The government initiated a study of the consequences of signing the agreement, allowing it to save face and take its time before making a decision. Stockholm knows that it needs outside support to guarantee its national security. Besides upgrading the weaponry deployed in Kaliningrad and the Baltic Sea, Russia has stepped up its military exercises. Sweden and the Baltic states have taken note, because past Russian land grabs – Georgia in 2008 and Crimea in 2014 – were preceded by upticks in Russian military drills in those areas. In 2013, Russia simulated two nuclear attacks on Sweden using bombers. In 2014, it sent ships and planes into Swedish airspace to probe the country’s military reaction and capabilities. The incursions confirmed what Sweden already knew: that the Swedish military had minimal operational capability and could not defend itself against a major attack. 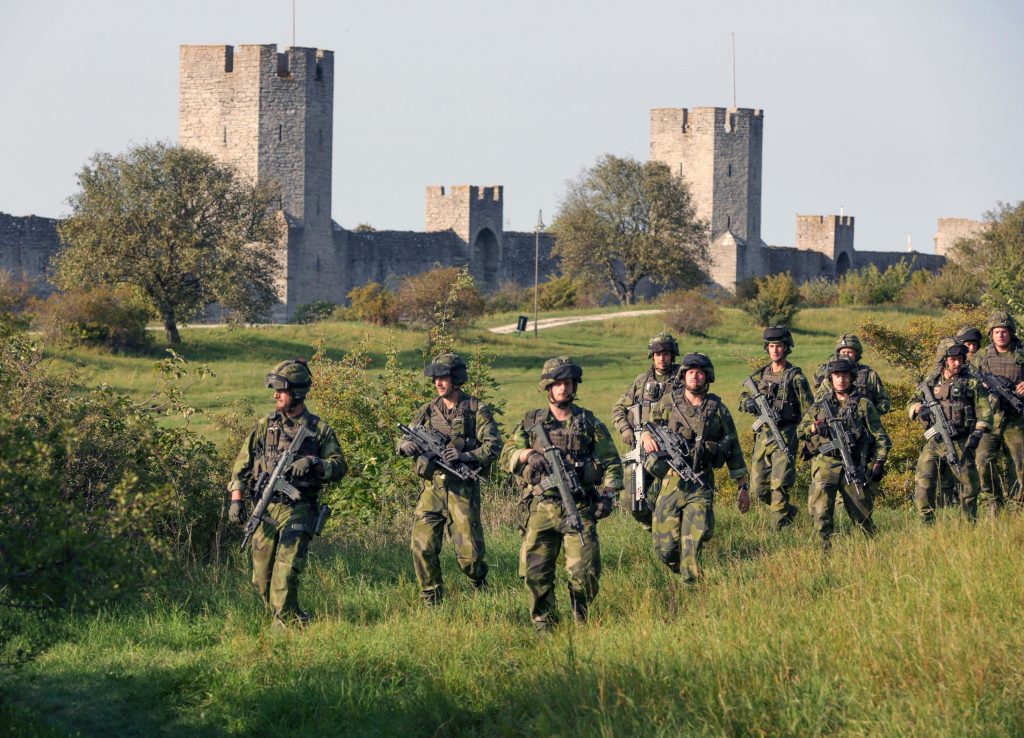 Sweden has done what it can to overcome its vulnerability on its own. It plans to increase defense spending by 11 percent by 2020 and reinstated mandatory military service. It re-established a military presence on Gotland island, and from Sept. 11-29, it will host its largest military exercises in 20 years. But the Swedish government knows that even with these steps, it can’t face down Russian threats alone, so it has cultivated stronger defense ties with NATO and with the United States. In 2014, Sweden received Enhanced Opportunities Partners status in NATO, which allows the country to have deeper cooperation with NATO without having to join the bloc. Two years later it ratified a host nation support agreement with NATO, making it easier for NATO to send troops into Sweden for training or real operations, and signed a statement of intent over joint defense cooperation with the United States.

The U.S. was once in a similar situation with New Zealand. In the 1950s, islands in Oceania were popular locations for European countries and others to conduct hydrogen and other bomb tests. New Zealand opposed the practice and adopted a strict anti-nuclear weapons stance. In 1985, Wellington denied port to a U.S. destroyer because it would not verify whether it had nuclear weapons on board. The U.S. responded by banning New Zealand vessels from U.S. ports. This practice continued for nearly 30 years, until China’s rising naval presence in the Asia-Pacific began to raise security concerns for both countries. In 2012, the U.S. decided to allow New Zealand port access again, and four years later, U.S. warships were allowed back in New Zealand.

Just as the threat from China forced New Zealand to change its policy, the threat from Russia is challenging Sweden’s own stance on nuclear weapons. It needs U.S. and NATO security guarantees, just as they need its cooperation – and access to Gotland island – to protect the Baltic states. In the end, they’ll likely find a way to work together.