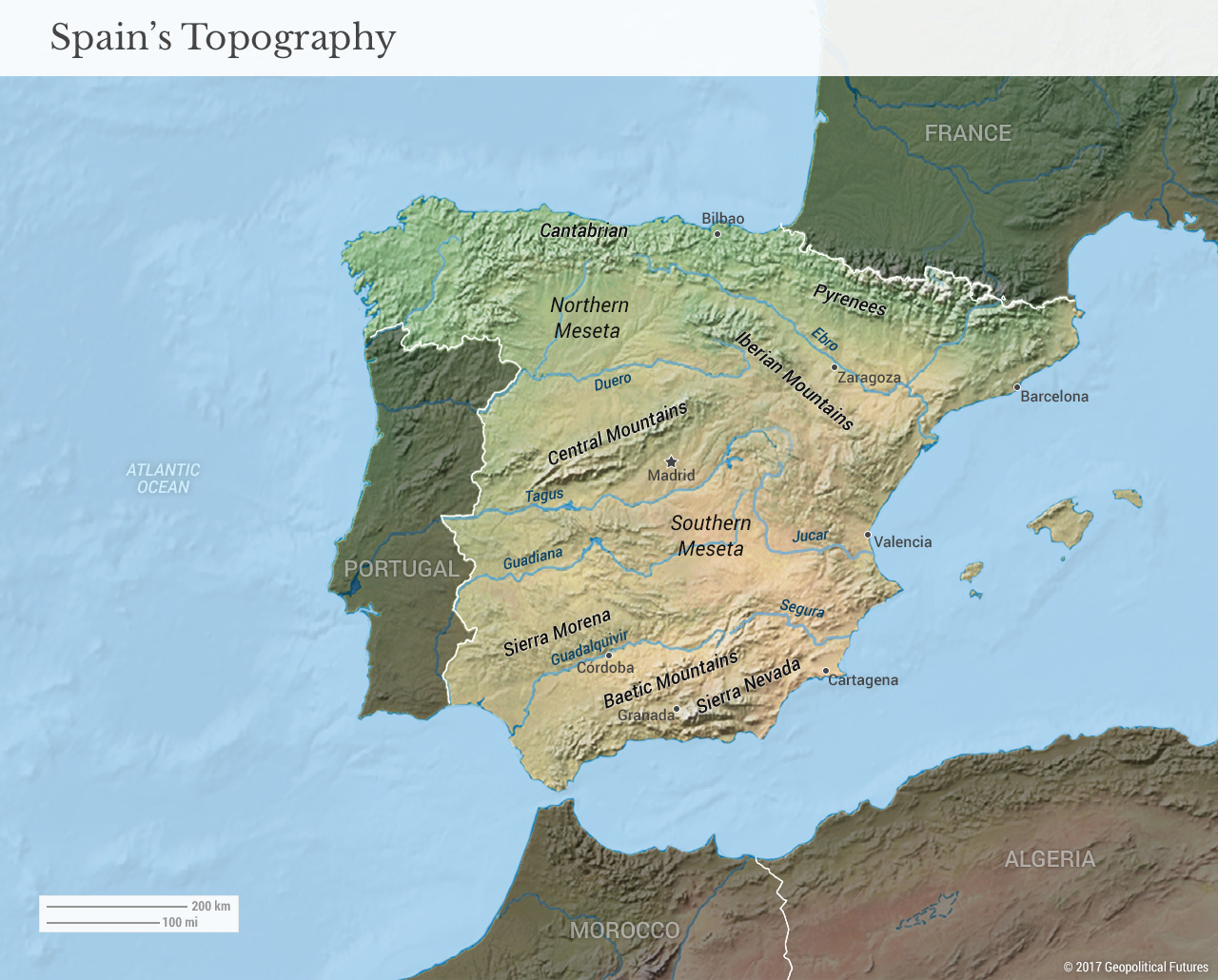 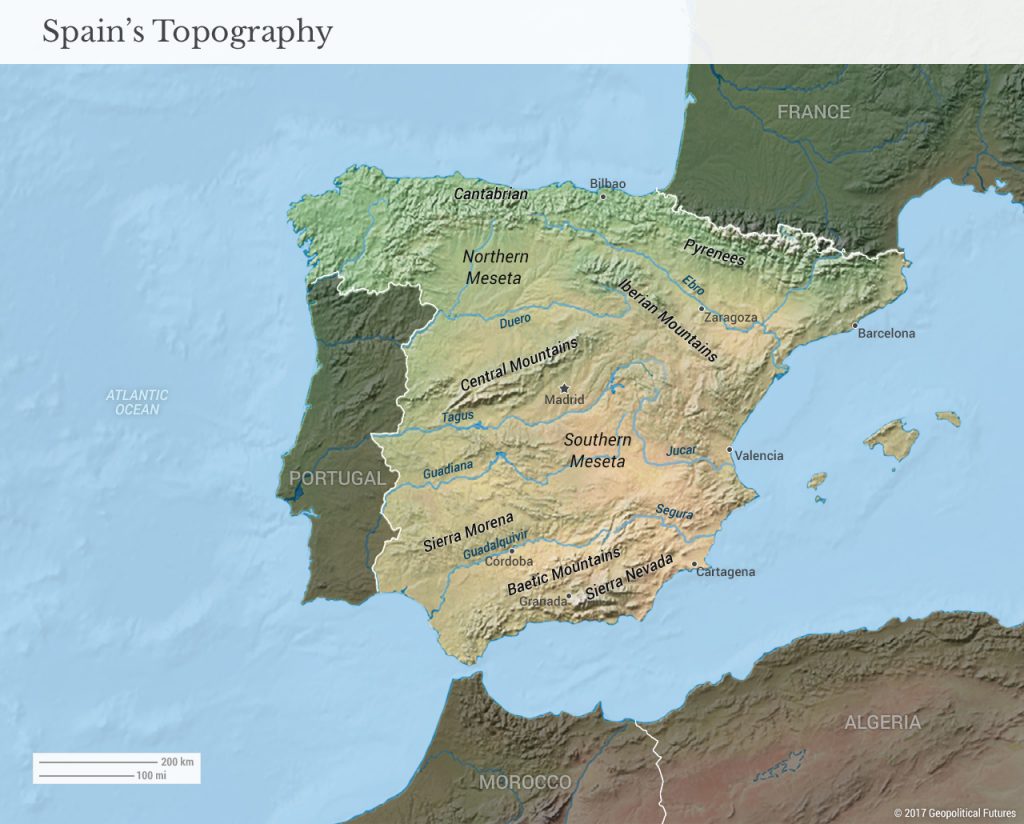 None of Spain’s major rivers, though, connect to one other. This is true of most European states, but it is especially pronounced in Spain because of the way the mountains and the climate serve to define the country’s regions. A unified Spain, where a strong central government can execute its authority, requires the expensive work of building the infrastructure necessary to stitch the country together. Spain’s geography challenges central rule because it creates resilient national and linguistic identities.

Geography has confounded every ruler from Isabella I to Mariano Rajoy. But it’s not that simple. If geography alone defined political power, Spain would never have unified as a country, let alone become one of the richest and most powerful empires in the modern world. Spain has never lost the legacy of its diversity, but in modern times it has always tried, and mostly succeeded, to consolidate that diversity under the idea of the Spanish nation. When Catalonia declared its independence, Spanish Prime Minister Mariano Rajoy said, “Spain is a serious country and a great nation.” He wasn’t wrong. Spain is a serious nation-state, and it is serious not because of its geography but despite it.