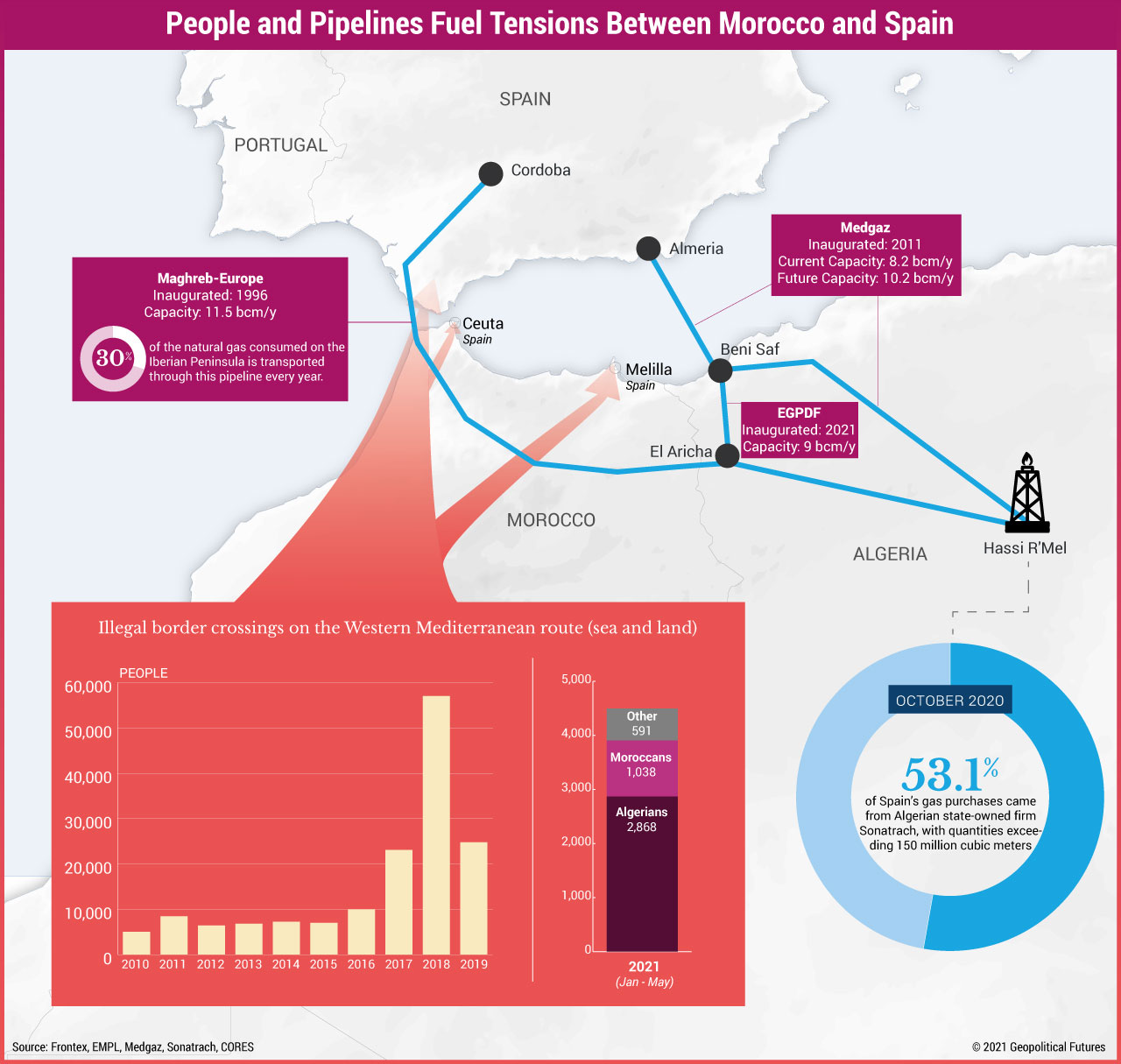 The Western Mediterranean, particularly the Strait of Gibraltar, is the gateway between the Atlantic Ocean and Eastern Mediterranean, which has coastline along the Middle East and access to the Suez Canal. Tensions between Spain and Morocco go back centuries, and their geographic proximity means those tensions will continue at least to some degree.

Over the past couple of months, Morocco and Spain’s disagreements with one another have escalated significantly. Rabat is reportedly stalling the negotiations for the renewal of the Maghreb-Europe gas pipeline, whose concessions expire in November. The pipeline originates in Algeria, a rival of Morocco and a notable supplier of energy to the Iberian Peninsula. The move follows actions by Spain that Morocco viewed as problematic, including deportation and control efforts against African migrants arriving in Spanish enclaves and rendering medical aid to a Polisario leader, whose group battles for Western Sahara’s independence from Morocco. The Spanish government says alternative pipelines directly from Algeria can make up for supplies lost from the Maghreb-Europe gas pipeline.

Radio New Zealand: George Friedman: The Storm Before The Calm