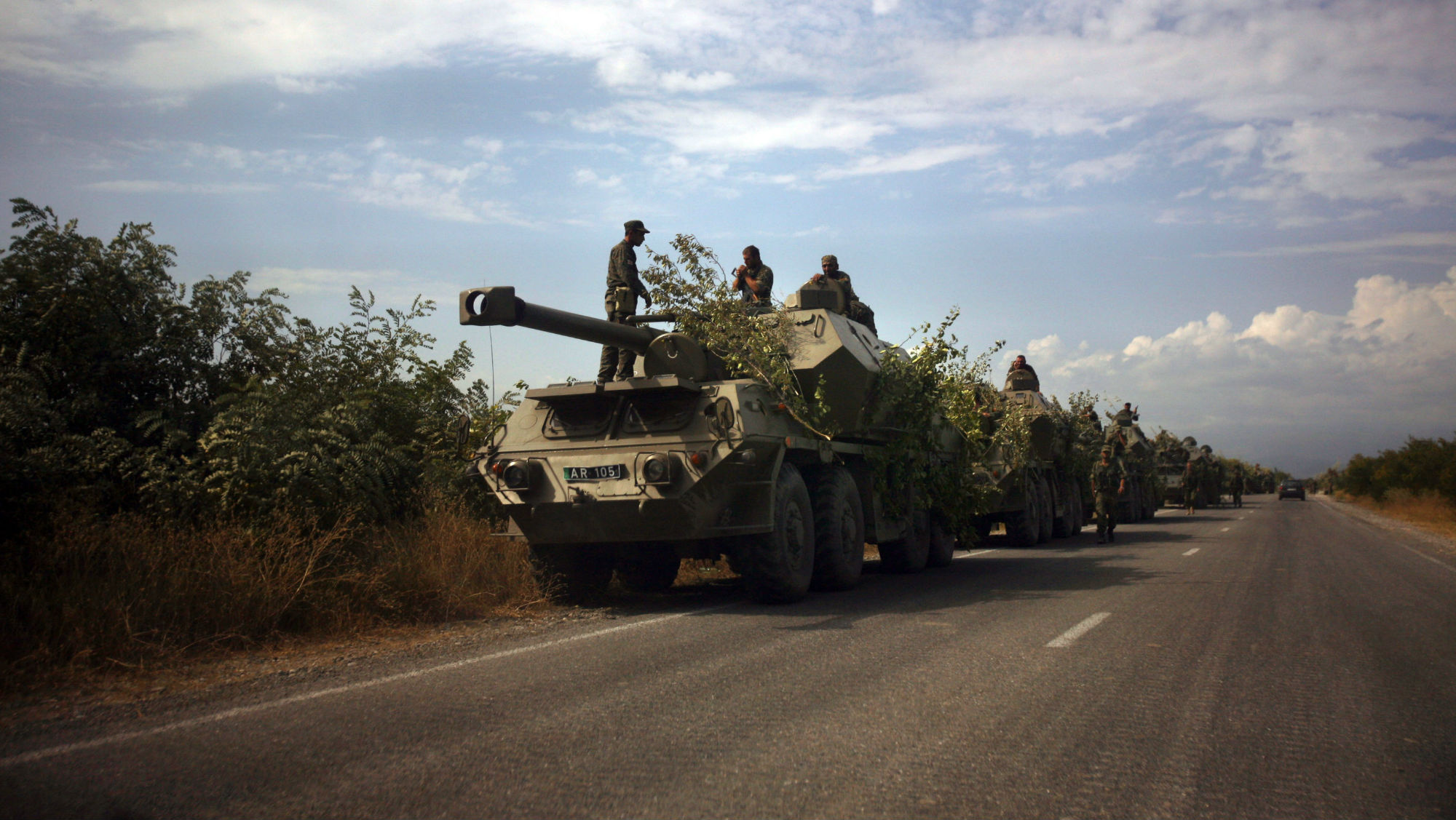 A little over 10 years ago, on Aug. 7, 2008, the Russo-Georgian war broke out. Six weeks later, on Sept. 15, Lehman Brothers declared bankruptcy. Though unconnected, these events marked the end of the post-Cold War world and set in motion the world we live in today.

Conflict is always most unthinkable right after a major conflict has ended. This happened with the Congress of Vienna after the Napoleonic Wars, where the victors thought they would re-establish the world that the French Revolution disrupted. There was Versailles and Trianon after World War I, when the victors thought they could reshape Europe as they wished. There was the period after World War II, when it seemed the United Nations might create an international system that would never again see war.

Some of the illusions died quickly, while others lingered. But all of them were based on the idea that the coalition that had won the war would remain intact during the peace and would manage the continent or the world, banishing conflict and laying the foundation for prosperity. It is understandable that those who fought together for so long would wish not to go to war again and to focus on prosperity. With their enemies prostrate, it seemed possible. Of course, the coalition of Vienna splintered over time, Versailles set the stage for the rebirth of Germany, and the United Nations meeting in San Francisco was merely the prelude to the Cold War.

The illusion inevitably returned in 1991 when the Soviet Union collapsed. Liberal democracy had won and would rule the world. The prosperity of the alliance structure, based on the interdependence of economies, would no longer be confined to the anti-Soviet alliance but would become a permanent feature of the world. Nationalism would be abolished in favor of multinational institutions that would maintain the peace and prosperity of the world. At the Davos meetings, people agreed that the primary interest of the world was economic; that war, save for the actions of rogue states, was obsolete; and that the interests of the world would be managed by the political, economic and intellectual elites, as an exercise in cooperative problem-solving. There were wars – Bosnia, Kosovo, Iraq – and certainly 9/11 raised serious questions about the viability of this notion. But the illusion lived on – that the alliance would deal with the Balkans, would deal with Iraq, and would deal with al-Qaida and the jihadist movement.

Reality pierced the illusion when Russia invaded Georgia. As with all wars, its origins are shrouded in uncertainty and controversy. What cannot be debated is that it was the moment that Russia returned to history as a power that was prepared to use force to defend what it saw as its interests. This violated the orthodoxies of the post-Cold War world. Russia was seen as a shattered nation, lacking the will and the ability to wage even a small war. It was supposed to be a liberal democracy, however imperfect, with its primary interest being economic. It made no sense to fight a war with Georgia or anyone else. 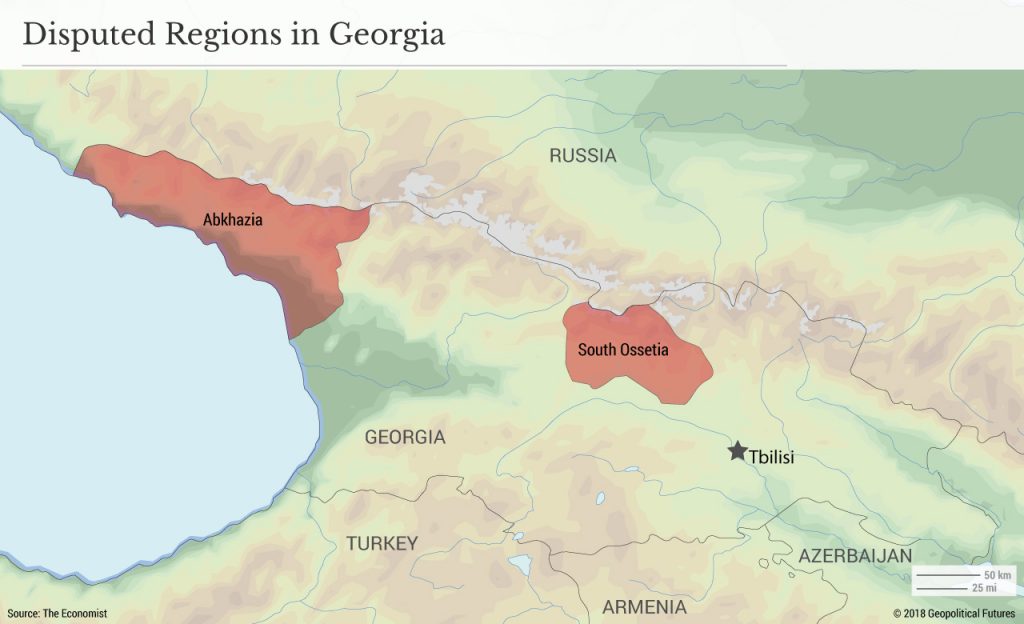 But Russia did not see itself as a beneficiary of the Western alliance system. The Boris Yeltsin years were an economic catastrophe. Russia had been poor but powerful. Now it was even poorer and held in contempt by other countries, and Russians believed they had been systematically looted by Western financiers. Russia didn’t want NATO to bomb Serbia and was ignored. Russia was instrumental in negotiating an armistice between NATO and Serbia, where Serbia agreed to cede autonomy to Kosovo. It did so on the premise that it would participate in the peacekeeping force, but it was excluded by NATO. The Russians believed that they had been told that NATO would not expand into the former Soviet Union. It did. And Russia saw color revolutions in places like Ukraine and Georgia create pro-America, anti-Russia regimes.

The war with Georgia broke out during the worst years of the Iraq and Afghanistan wars when the United States was in no position to respond. Russia’s offensive had less to do with Georgia than with Ukraine, the Baltics and others that were being drawn into the Western alliance. Georgia thought it had an understanding with the U.S., but the U.S. could not deliver. The war sent a message about the value of an American guarantee.

The assumption after the Cold War was that Russia was finished, just as it was assumed after World War I that Germany was finished. They were supposed to accept their status as junior partners of the victorious alliance, just as Germany and Japan did after World War II. But post-war Germany and Japan were helpless; interwar Germany and post-Cold War Russia were simply badly wounded. Men like Hitler and Putin emerged, not moral equivalents but both utterly concerned with their nations’ interests and prepared to act in defense or pursuit of those interests. And so, in August 2008, Russia announced its return, and the reality of geopolitics – put forth incoherently by al-Qaida – re-emerged.

While this was going on, the core economic assumption of the post-Cold War world was crumbling: that the greater the integration of economic systems, the less friction there would be and the greater the tranquility. One feature of this was a heavily integrated economic system, in which the free movement of capital created a nearly frictionless order. The problem with interdependence is that, as rapidly as it can raise and distribute capital, it can also destroy it. The American subprime crisis would have been, in less sophisticated times, something of a local matter. In 2008, derivatives were being sold globally, so when it emerged that they were worthless, the entire global financial system shuddered and was barely stabilized.

Interdependence was also about trade, where it was assumed that the more a country exports, the more efficient its economy is. This forgot the fundamental truth, which is that the seller is hostage to the buyer’s ability to pay for purchases. During the post-Cold War world, when it was assumed that major financial crises were obsolete, this truism seemed outdated. The financial crisis threw the global system into a contraction, making the truism very much real. As the global markets contracted, particularly in Europe and the United States, their ability to buy products declined.

Developing economies that had followed the maxim that they needed to build larger industrial plants than their publics could consume hit a brick wall. They could not sell enough to utilize their plants or pay their employees. They had the choice between unemployment or lending money to dysfunctional producers to maintain workforce and social stability. Meanwhile, debtor nations were suddenly struggling to cover their debts, and net creditor nations rediscovered nationalism.

The assumption of the post-Cold War world was that nationalism interferes with free trade, and free trade is essential to prosperity. This may be true in some abstract sense, but the assumption doesn’t address two questions. First, how long does it take for the benefits to appear? And second, how should the profits of free trade be distributed at home? How many generations will be willing to wait for the benefits to trickle down to them?

All this undermined core assumptions. China did not evolve into a liberal democracy because it was struggling with the collapse of its export markets. Russia and Saudi Arabia assumed that oil prices would remain high, but as demand weakened, they fell along with the prices of other commodities. The interests of European states diverged as creditors tried to collect from debtors that couldn’t or wouldn’t pay. And while inequality was not critical when everyone was gaining, it suddenly became central.

I mark the transformation of the world as the day Lehman Brothers collapsed, signaling that the subprime crisis had made it impossible to simply maintain the post-Cold War system. But the importance of the crisis was in its consequences. Nationalism and class awareness returned, and the elite that was spawned by the post-Cold War world came under heavy pressure globally, particularly in Europe and the U.S.

The multilateral structures are still there, from the EU to the World Bank, but what relevance they have is unclear. The comfort we can take from all this is that it had to happen. Russia was going to re-emerge. China could not continue growing at the rate it was. The EU could not harmonize the interests of Britain and Greece. And the United States would return to asking its historical question: What has the world done for me lately?

In the span of 40 days, the post-Cold War optimism was crushed. The post-war optimism is always crushed by disillusion, then replaced with a new clarity about friends and enemies. This is the point we are at today. And it all started 10 years ago, almost to the day.