The United States and Iran have had an antagonistic relationship since 1979. The nuclear agreement has not significantly toned down Iran’s rhetoric about the U.S. being a source of primordial evil, nor has it tamped down a significant movement in the United States to identify Iran as the most pressing national security issue. However, the reality is that Iran is not chiefly concerned with the United States. The Iranian navy is not about to engage in battle with a U.S. carrier battle group because Iran cannot win a direct naval engagement with the United States. And to ensure Iran is fully aware of U.S. superiority, the U.S. sails carrier battle groups through the Bab el-Mandeb and in the region. The U.S. also has proved willing to retaliate against any force that threatens shipping lanes in the Bab el-Mandeb. If Iran tried to block the Strait of Hormuz or the Bab el-Mandeb, in normal circumstances the U.S. would quickly dispatch forces to end any such blockage. 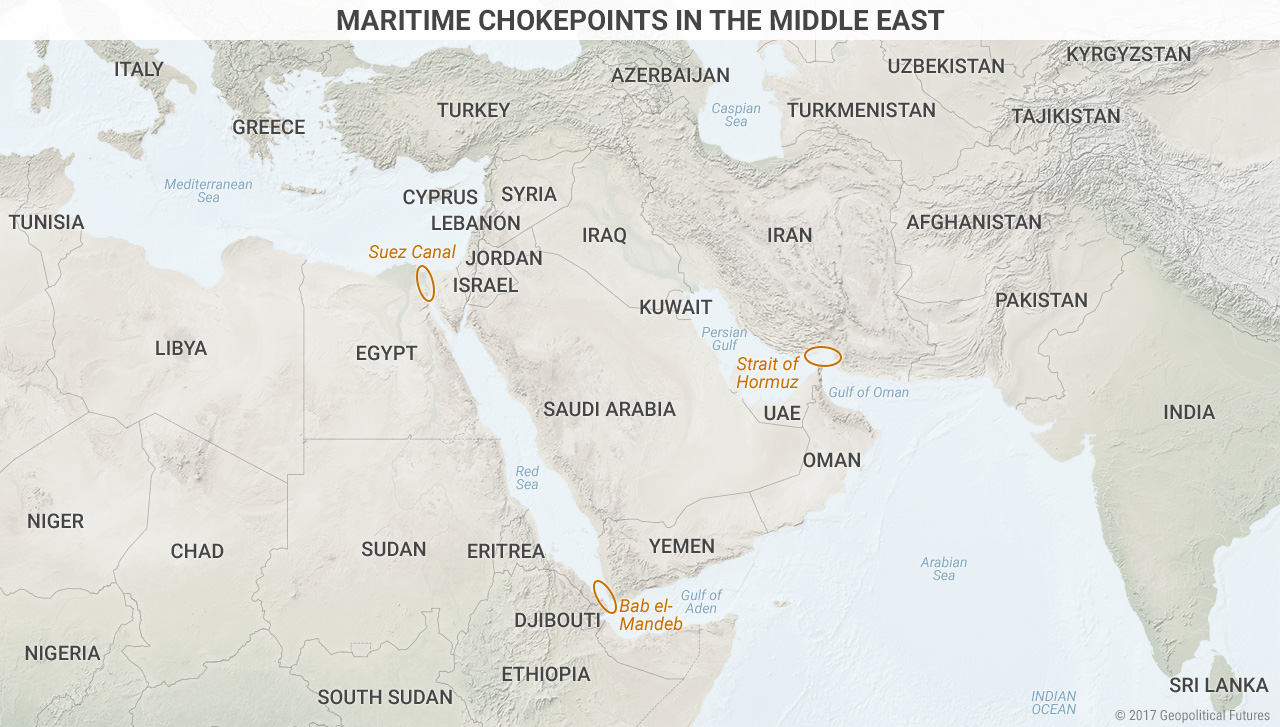 But Iran has concerns much closer to home. The main adversary that Iran is planning for in these exercises is not the United States, nor is it Iraq. It is Saudi Arabia. Consider first that Saudi Arabia is dependent on oil exports. As the map above shows, and as many have noted, Iran’s threat to cut off the Strait of Hormuz in the event of aggressive action against it could have global ramifications. An Energy Information Administration study on global maritime choke points estimated that 30 percent of global oil trade passed through the Strait of Hormuz in 2013. Another 6 percent of the global oil trade passed through the Bab el-Mandeb at the southern tip of the Red Sea. For a country that is as dependent on oil exports as Saudi Arabia is, the potential for Iran to use military force to either block or obstruct trading routes is an existential threat.

The second thing to note is what Iran is trying to accomplish with these exercises. Iran is practicing for a scenario where the U.S. is distracted by another conflict and is either unable or slow to respond to a threat in the Persian Gulf. Consider a hypothetical scenario in which a war breaks out in the South China Sea between the United States and China. Geopolitical Futures does not believe this will happen in the short term. However, Iran’s recent naval exercises indicate that Iran could be preparing to take advantage of a distracted United States should conflict in the South China Sea or elsewhere take place. If the U.S. does not have the resources necessary to prevent Iran from projecting power in the region, Iran wants to be sufficiently prepared to take advantage of the situation. Therefore, we can conclude that Iran considers the Bab el-Mandeb important enough to increase its capabilities to project force in that region. 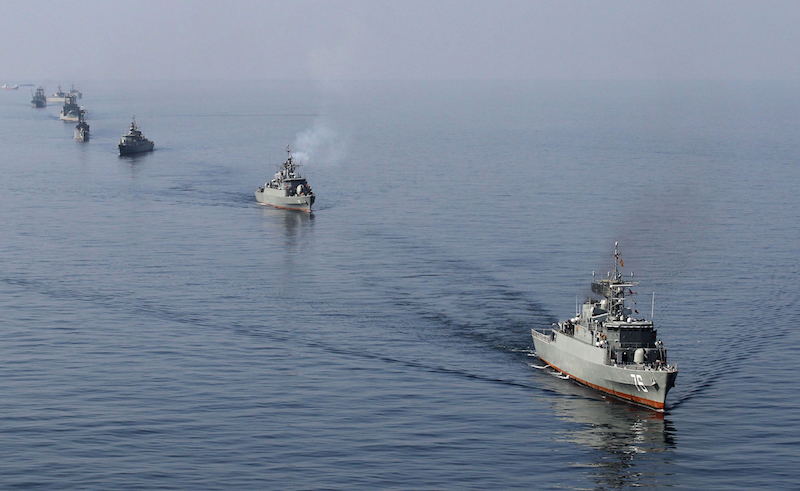 Iranian Navy boats take part in maneuvers during the Velayat 90 navy exercises in the Strait of Hormuz in southern Iran on Jan. 3, 2012, the final day of ten-day war games. EBRAHIM NOROOZI/AFP/Getty Images

Iran insists that its development of military power is not a threat to other regional powers and that it is not intended for offensive use. There is some truth in this. In the same way that Iran must focus its formidable land power on a defensive strategy because of its geography, Iranian strategy at sea also must be primarily defensive. The harder it is for an opposing force to launch an attack, the more potent Iran’s threats to cut off or obstruct key choke points can be. With the recent military exercise, Iran is preparing to coordinate complex moves across all the areas from which it perceives a potential threat.

In this context, these exercises are also part of a long-term process to develop naval capabilities for regional power projection. Acquiring such capabilities takes years if not decades. It involves doing these exercises over longer distances and institutionalizing the necessary structures and processes. The Iranians are moving to build such capabilities, especially because the hollowing out of the Arab world and the decline of Saudi Arabia present potential opportunities. The Iranians need to make as much progress as possible as Turkey looms as a competitor for power and influence in the region.

Iran is adding the Bab el-Mandeb to the theaters in which the country feels it must be capable of operating. There are no precise details on what Iran has deployed, but in this case the specifics of the deployment are less important than observing that Iran now considers the Bab el-Mandeb part of its immediate strategic environment. Saudi Arabia and Iran are already fighting a proxy war in Yemen so from Riyadh’s perspective this isn’t surprising. Israel has recently seen political scandal over the purchase of new submarines but, more importantly, Israel also is increasingly aware of Iran’s threat perception and force development. The Velayat 95 military exercise is itself not significant, but it allows us a chance to step back and consider what kind of world Iran is seeing – the threats it is facing and preparing for – and how this affects other regional powers.

In NAFTA Talks, Canada Raises the Pressure on the US