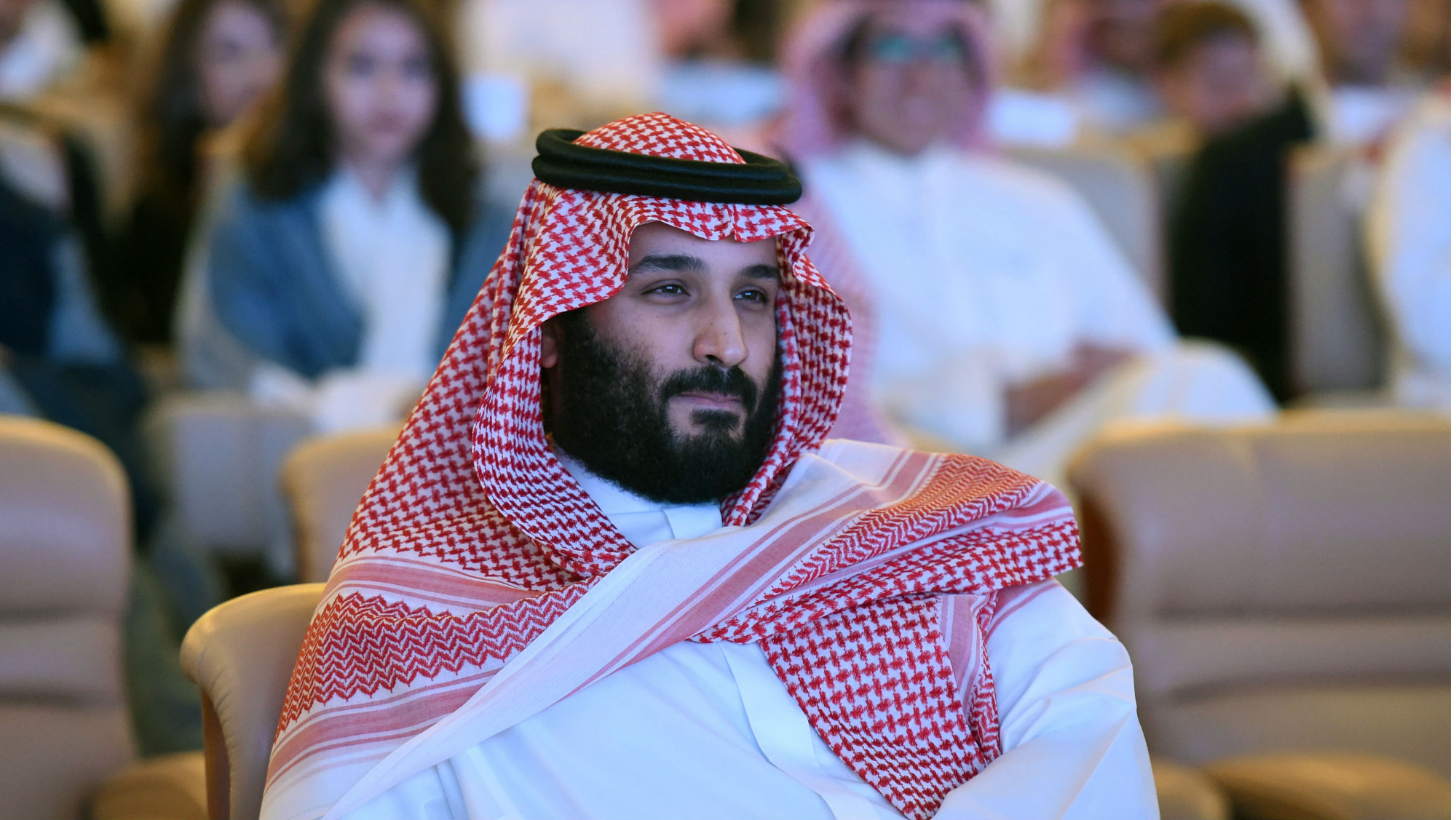 Forget Yemen, Syria and Lebanon, just a few of the countries in which Saudi Arabia is fighting a proxy war with Iran, its long-time enemy. The Saudi royal family now appears to be at war with itself. Regardless of who wins, the conflict could destabilize Saudi Arabia, which was already weakening anyway.

What’s happening in the country is the definition of palace intrigue. The king, Salman bin Abdul-Aziz, took the throne in January 2015 following the death of his half brother, Abdullah, a son of the nation’s founder who had ruled the country for two decades. It was a relatively straightforward succession. It’s now common knowledge that it took a behind-the-scenes power struggle for King Salman to crown his son, Mohammed bin Salman, a prince and name him his chosen successor. But on Nov. 4, the power struggle became brazenly public. That day, Salman and his son had more than a dozen princes and former high-level officials arrested, including a world-famous billionaire. The reason for their detention is simple: Salman is trying to remove obstacles that could prevent Mohammed bin Salman from succeeding him.

King Salman is the first monarch in the history of the modern kingdom to buck this particular tradition. Usually, a successor is chosen by consensus among the sons of the founder of the kingdom. But now that the second generation is nearly all dead, and now that there are too many third-generation princes to convene, it has become more difficult to choose who will become the next king.

He has bucked other traditions too. Salman has strengthened his son’s claim by bestowing on him sweeping powers over security and economic affairs. Mohammed bin Salman is the defense minister, the head of a strategic economic council, controller of Saudi Aramco and, after Nov. 4, the chief of an anti-corruption agency. And Salman did all this by removing from power his half brother and his nephew, both of whom were crown princes. He has also sidelined powerful members of the clerical and tribal establishments.

Some rumors suggest that the purges were made in response to a plot against Mohammed bin Salman. It’s unclear if that is actually the case. But whether the rumors are true or whether the arrests were pre-emptive, the outcome is the same: There are fewer threats to a Mohammed bin Salman reign. One of the princes arrested, Mitab bin Abdullah, for example, was the minister of the National Guard – the parallel military force to the regular armed forces under the Ministry of Defense. He and Mohammed bin Salman shared responsibility for Saudi Arabia’s armed forces. Until Nov. 4, that is.

Mitab’s brother, Turki bin Abdullah, was also arrested. (He was removed from his post as governor of Riyadh in 2015, the year King Salman took the throne.) Perhaps the most famous target was Prince Alwaleed bin Talal. He is an entrepreneur who is mostly disinterested in politics, but his father is a known liberal who opposed Salman as king and now opposes Mohammed bin Salman as his successor. 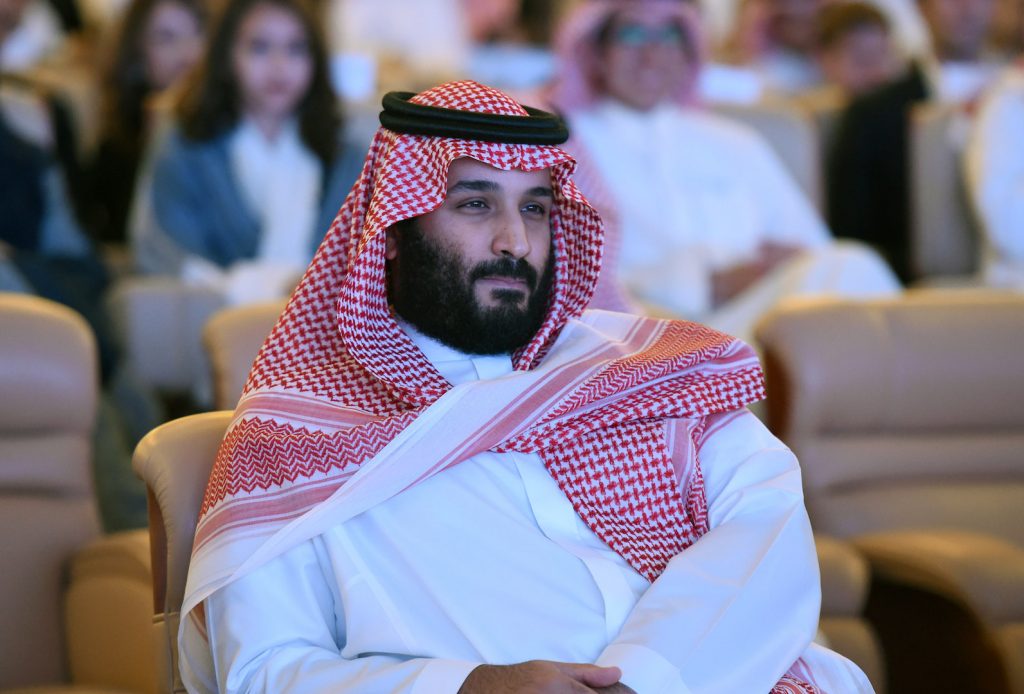 Arresting these individuals accomplishes two things. First, it guarantees their capitulation to Mohammed bin Salman. Second, it gives the Salman faction more mileage out of the anti-corruption drive. Between that and their calls for a more moderate version of Islam, the king and his son are moving away from the traditional sources of support (clerics and tribal establishments) and toward new ones: popular appeal among the country’s youth, which makes up about two-thirds of the population. The old guard is an obstacle for the reforms needed to move the kingdom beyond its current impasse – put simply: depending almost solely on oil revenue – and thus a threat for the leadership. They are using populism to inoculate themselves from the potential consequences of their power grab.

In the process, though, they are inadvertently laying the foundations for the next crisis. Relying on popular support means they will be forced to enact more reforms than they actually want to – or are even capable of. Despots who try to be populists usually end up being neither and, in their failure, lose power.

It is too early to tell what will be the outcome of the power struggle. Whoever comes out on top will be unable to ignore the fact: that Saudi Arabia is a country in decline, largely because of low oil prices but also because of the general disarray in the Middle East. In this context, then, the events of Nov. 4 are more than petty power grabs – they are attempts to make the country pliable enough to accept necessary reform at a time of increasing regional chaos.

The kingdom cannot both change its nature and hope to meet the external challenges at the same time. It has to consolidate at home before it can act effectively beyond its borders. But this sequence of priorities is not a luxury that the Saudis enjoy. Their historical enemies the Iranians are gaining ground, and they cannot simply focus on domestic politics.

Take, for example, another thing that happened Nov. 4. The leader of Riyadh’s main proxy in Lebanon, Prime Minister Saad Hariri, resigned after criticizing Iranian interference in his country. By having Hariri pull out of the coalition government in Lebanon, the Saudis hope to weaken Iran’s premier proxy, Hezbollah, which benefits from the coalition government in Beirut. But it’s a weak and probably ineffective move. Now that the Islamic State is weakened, Iran has the advantage in Iraq and Syria.

Riyadh’s inability to deal with external threats, if anything, will only intensify its domestic ones. Even though the king and his son have the upper hand, an inability to effectively counter the Iranian threat could weaken their position at home and thus aggravate the infighting.

Daily Memo: Trade Deals Are All the Rage, Evergrande Update