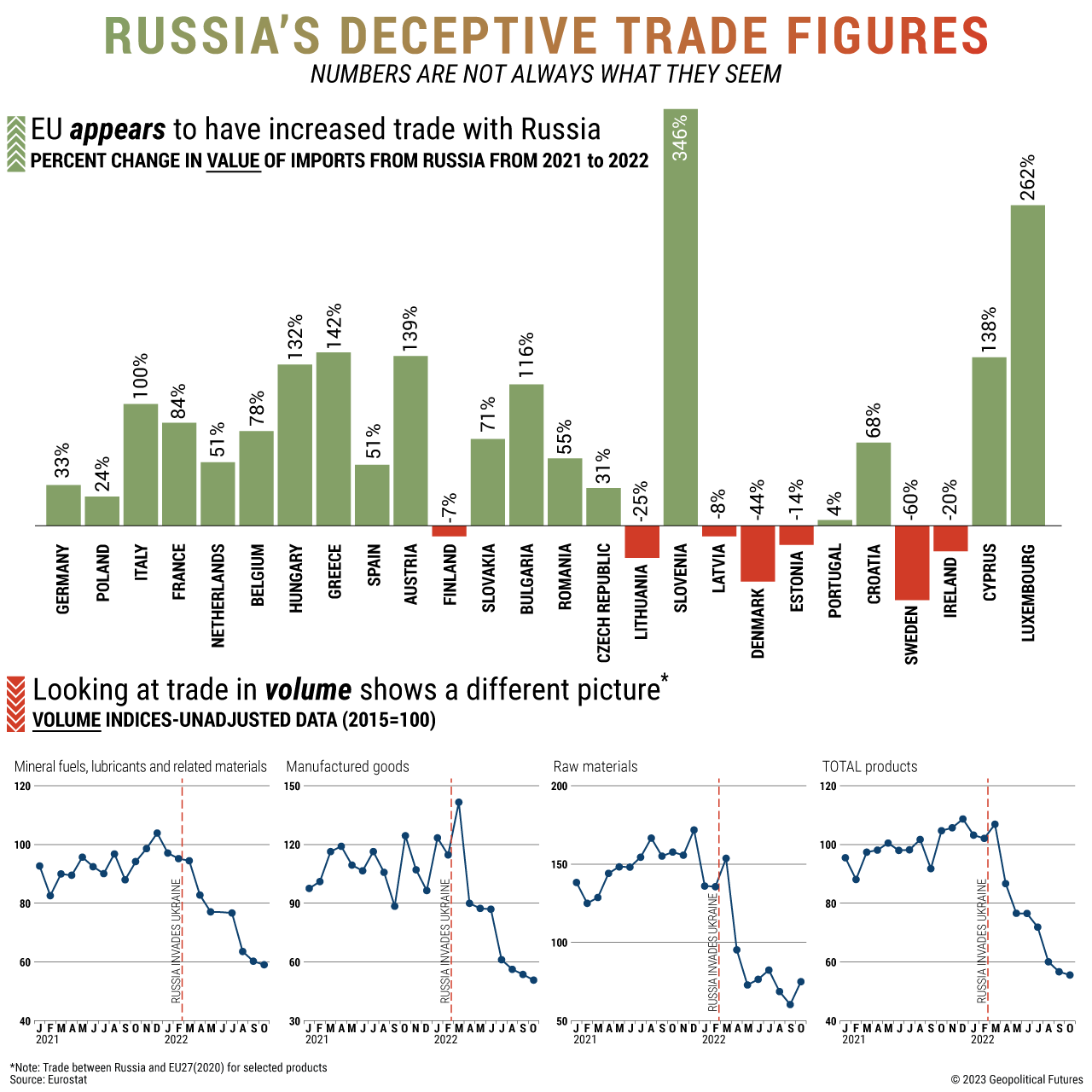 The sanctions imposed by the West on Russia after its invasion of Ukraine precipitated a shift in Russia’s trade patterns. In Europe, the sanctions were essentially meant to cut off economic ties with Russia, but a complete severance was nearly impossible. As such, companies in some sectors continued to do business with Russian firms, though at reduced levels and at a greater expense. The energy sector was hit particularly hard by the changes. Energy prices soared, which had ripple effects for the rest of the economy. The spike in the cost of Russian exports – especially oil and natural gas – meant that the value of these exports to Europe increased, but importantly, the volume of Russian deliveries actually declined.

As a result, the overall value of Russian exports to Europe was higher in 2022 than in 2021, despite Russia having sold fewer goods and services to European markets last year. While the volume of exports of Russian raw materials to Europe has fluctuated, exports in other segments are dropping, marking a shift that will likely last for months and years to come, as Europe finds alternatives.