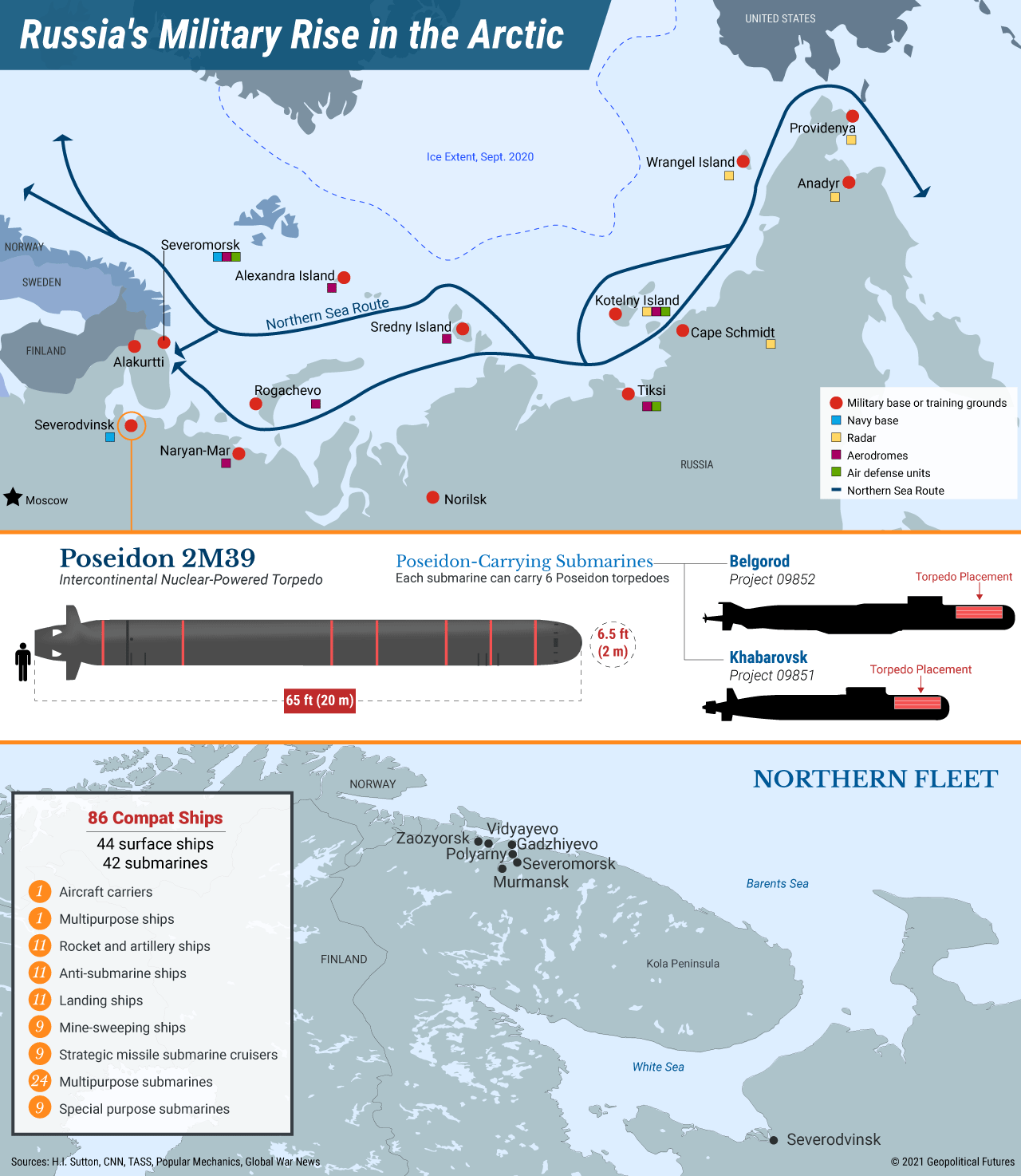 The Arctic, rich in natural resources and potential, is quickly becoming an area where the interests of major players, especially the United States and Russia, may collide. Russia, which controls significant territory in the region, has for years been increasing and strengthening its defensive positions, developing the northern territories, and modernizing infrastructure, including oil and gas production. It has also developed and tested shipping along the Northern Sea Route, which Moscow puts forward as an alternative trade route between Europe and Asia. Regarding its military presence, Russian Defense Minister Sergei Shoigu says it is necessary because competition for access to the Arctic’s resources and for transit routes among the world’s great powers will only grow.

The U.S. State Department has repeatedly voiced concerns about Russian radar stations near Alaska and Russian air bases in the Far North, which the U.S. says could have offensive as well as defensive purposes. Moscow is building unprecedented military power in the Arctic and testing new weapons there, Washington says. Recently, Russia began testing its Belgorod nuclear submarine, which can carry an autonomous, nuclear-powered, nuclear-armed torpedo called the Poseidon. The Kremlin is also making plans to place a radar station on the Novaya Zemlya archipelago capable of detecting hypersonic targets. All this modernization will take time, however, not to mention scarce federal resources.

New Borders in India: The Bifurcation of Jammu and Kashmir