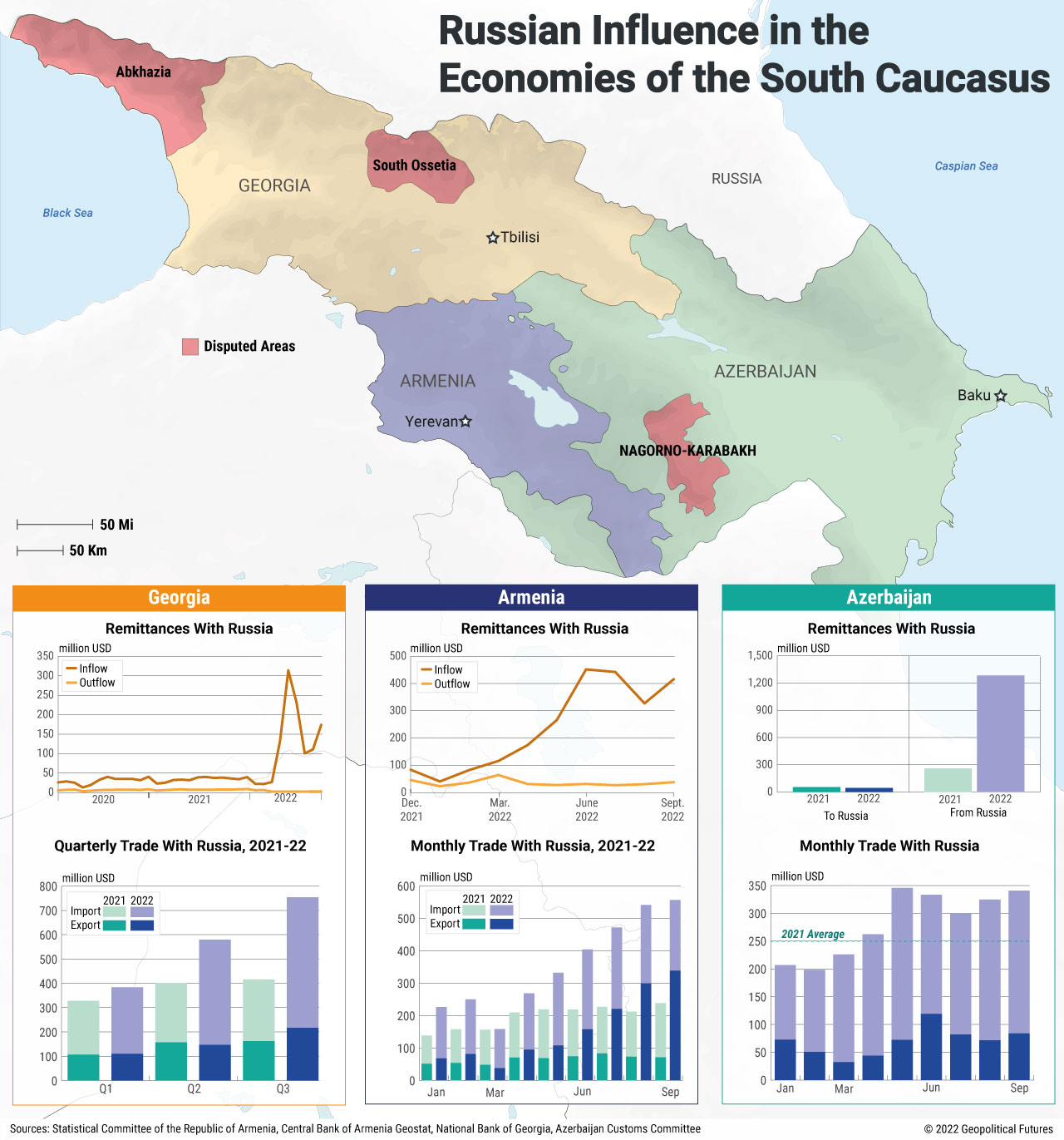 Russia’s relationships with the countries of the South Caucasus have seen many unexpected changes since the war in Ukraine began last February. The economic fallout from the invasion – including tougher sanctions, the closure of international businesses in Russia, and Moscow’s disconnection from the SWIFT banking system – led to the first wave of migrants fleeing Russia, many of whom were gainfully employed and able to work remotely. The second wave came after Moscow’s announcement of a “partial mobilization” to aid its war effort. The migrations increased consumer demand and economic activity in the countries of the South Caucasus, leading to improved economic growth forecasts for the region. The second wave also led to a significant increase in trade between Russia and these countries, as businesses work to skirt anti-Russian sanctions by forging ties with neighboring economies.

These countries also face a number of problems resulting from the influx of Russian migrants, however, including rises in inflation and property prices. Their eventual return to their homeland will also present challenges, including reduced economic activity. But the biggest challenge is the increasing interdependence and Russia’s growing influence in these countries’ economies, perhaps for the first time since the collapse of the Soviet Union. To avoid the pitfalls that come with economic interdependence, Azerbaijan and Armenia have strived for neutrality and diversification of ties, while Georgia has chosen a pro-Western agenda.