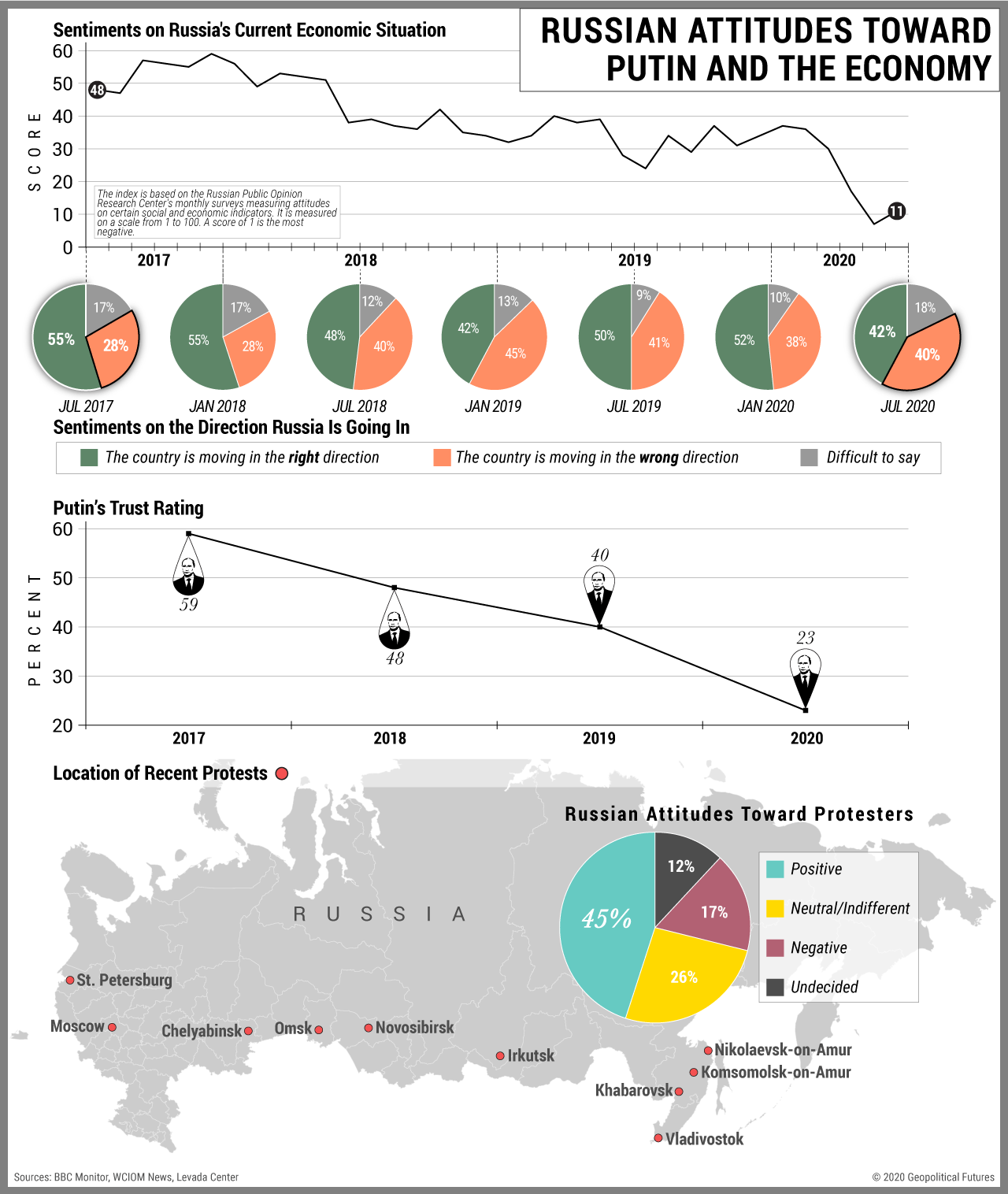 The coronavirus crisis has hit an already sluggish Russian economy, causing a decline in demand for Russian goods both at home and abroad. Add to this the sharp decline in oil prices, and it’s clear to see why Russians are growing increasingly uncertain about their future and the future of their country.

One of the main consequences of the coronavirus lockdown in Russia was a decline in household incomes, which even before the pandemic had not shown growth for some time. Russian statistics agency Rosstat reported that real disposable incomes fell by 8 percent in April-June year over year, the steepest drop since 1999. Entrepreneurial income accounted for 3.5 percent of total income in the second quarter of 2020, its lowest quarterly value since at least 2000.

The drop in living standards and increase in uncertainty are reflected in President Vladimir Putin’s declining trust rating. The government, however, has responded to his slipping popularity by targeting popular representatives who have opposed Putin, including Sergei Furgal, the former governor of Khabarovsk region and a member of the opposition Liberal Democratic Party, who was arrested in July on charges of involvement in four murders between 2004 and 2005. Since Furgal’s arrest, protests have erupted in Khabarovsk and across the country demanding his release.

Daily Memo: Who Said What in Washington and Sochi