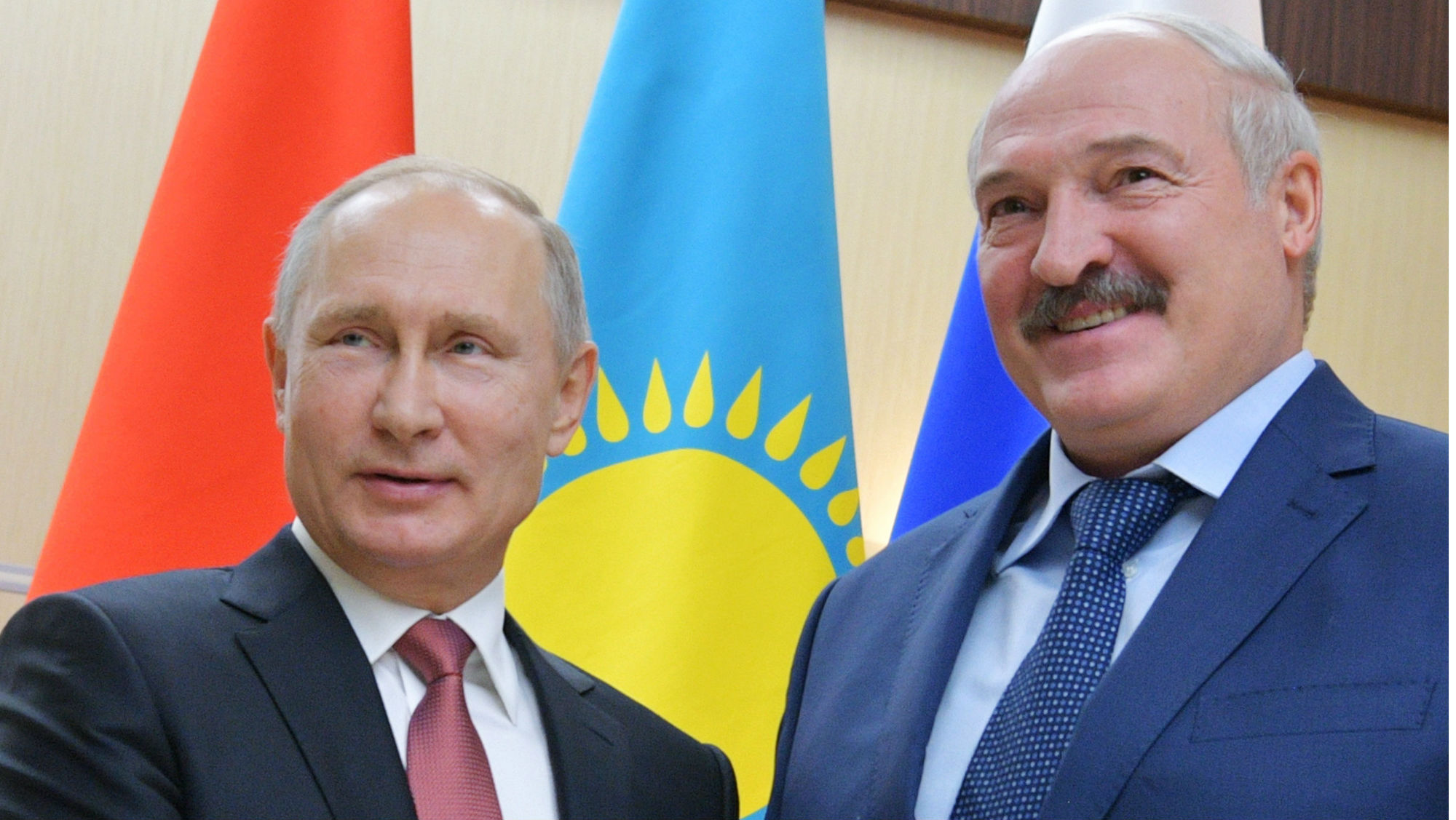 The government of Belarus has announced that it will not permit more than two foreign military bases on its territory. There are now two Russian military bases in Belarus, and it is unlikely that any other country has suggested placing bases there. It is therefore reasonable to assume that the Russians have asked Belarus for additional facilities and that the Belarusians have turned them down.

The reason for Russia’s interest in Belarus is obvious. The Baltics are part of NATO, Ukraine has a pro-Western government, and Belarus is the last piece of the Russian buffer zone that is not overtly anti-Russian. If Belarus were to shift its stance and turn against Russia, the entire buffer zone would be gone and with it the strategic depth Russia has depended on. Obviously, more bases would strengthen Russia’s position in Belarus.

The ability to base larger, more significant forces in Belarus would also give Russia offensive capabilities. Ukraine’s northern frontier would be vulnerable, and the ability of Russia to project forces westward would also increase. The Russians are unlikely to launch an offensive, since war is always risky: The outcome is unknown and the cost of defeat could be destabilizing for Russia. But the ability to do so would put pressure on the region. Belarus’ rebuff to the idea of more bases shows that Russia is reaching the limits of its power, or in other words, encountering the turbulence that comes with expanding power, precisely because it has few options. 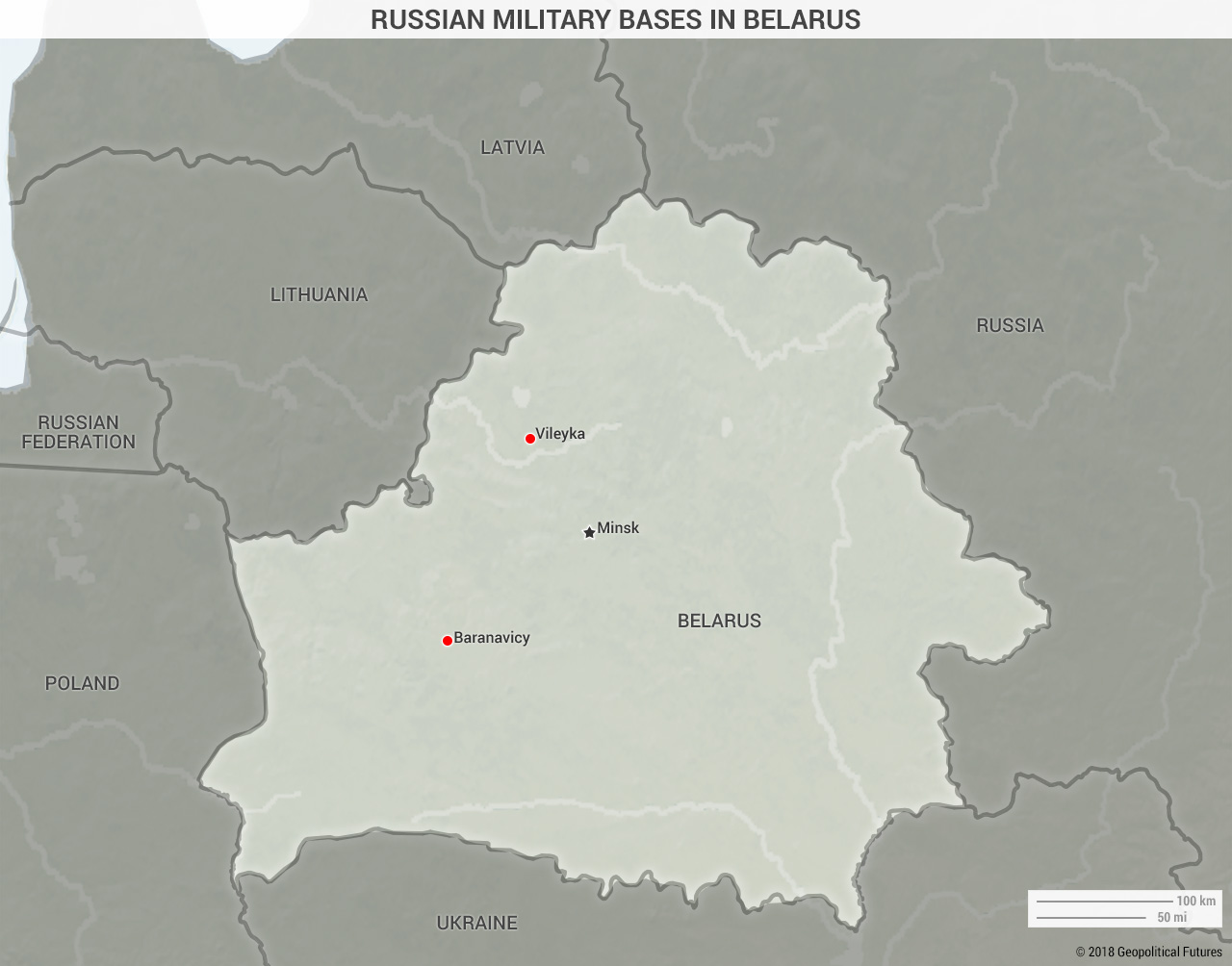 The Russians have been trying to increase the perception of their power since the West turned on them following the Ukraine crisis of 2014. To a great extent, Russia has convinced other countries that it is a rising power. But being a rising power always brings resistance from those who fear its rise. It also forces Russia to be concerned with events that are in its putative area of interest, forcing it to diffuse its attention and its power. That there is a desire to convince other countries that Russia is a rising power is indicative of the limits of its power.

Entanglements in the Region

Russia has been examining possibilities in the Balkans, and in particular has drawn close to the Serbians, who are unhappy with the rise of Albanian power in Kosovo in particular and the region in general. The initial decision by Macedonia to recognize Albanian as an official language was made in order to manage its internal realities and also to placate Albania. The introduction of the second language was backed by Macedonian Prime Minister Zoran Zaev, who gained power with the support of Albanian partners. He wants to maintain this support to include Albanians in the solution of the Macedonian question and to accelerate Macedonia’s accession to the European Union and NATO. Though Macedonian President Gjorge Ivanov vetoed the measure a week later, the general trend of supporting Albania remains. Normally this issue would not interest the Russians. However, Serbia is extremely alarmed by it, and therefore the Russians were compelled to take a stand, condemning Macedonia’s decision. Russia’s attempt to present itself as a major power led to its involvement with Serbia, thus entangling it with Serbian interests.

A similar situation exists in Turkey. The Russians intervened in Syria to preserve the regime of President Bashar Assad. This was not of overwhelming strategic importance to them, but it appeared to be a low-risk path to demonstrating their power. The evolution of events in Syria has led the Turks to the verge of intervening against the Kurds. Russia wants good relationships with Turkey, in spite of Turkey’s hostility to the Assad regime, but it does not have a major stake in the future of the Kurds (except that Turkish hostility toward the United States’ attempt to defend the Kurds must delight the Russians). The Syrian government has threatened to intercept Turkish aircraft over Syria, which complicates Turkey’s strategy to deal with the Kurds, prompting Turkey’s head of intelligence to fly to Moscow to talk to the Russians about the matter. This puts the Russians in a difficult position, since the Turks will hold them responsible.

All of these matters – Belarusian military bases, language laws in Macedonia and Syrian airspace – were not important to Russia before 2014. Now the Russians must feel like the Americans always do, trying to solve a problem that is not really their concern to protect a foreign policy interest that is real, but three or four links down the line. Russian power is perhaps better managed at the moment than American power, but it is not nearly as deep. And Russia has entangled itself in affairs over which it has little power, or which lead to an untenable situation. The risks of foreign entanglement increase the less fundamental power a nation has. Russia, like the United States, is experiencing the limits of that power, a limit that is more daunting precisely because of the Russians’ need to demonstrate that they have more power than they actually have.