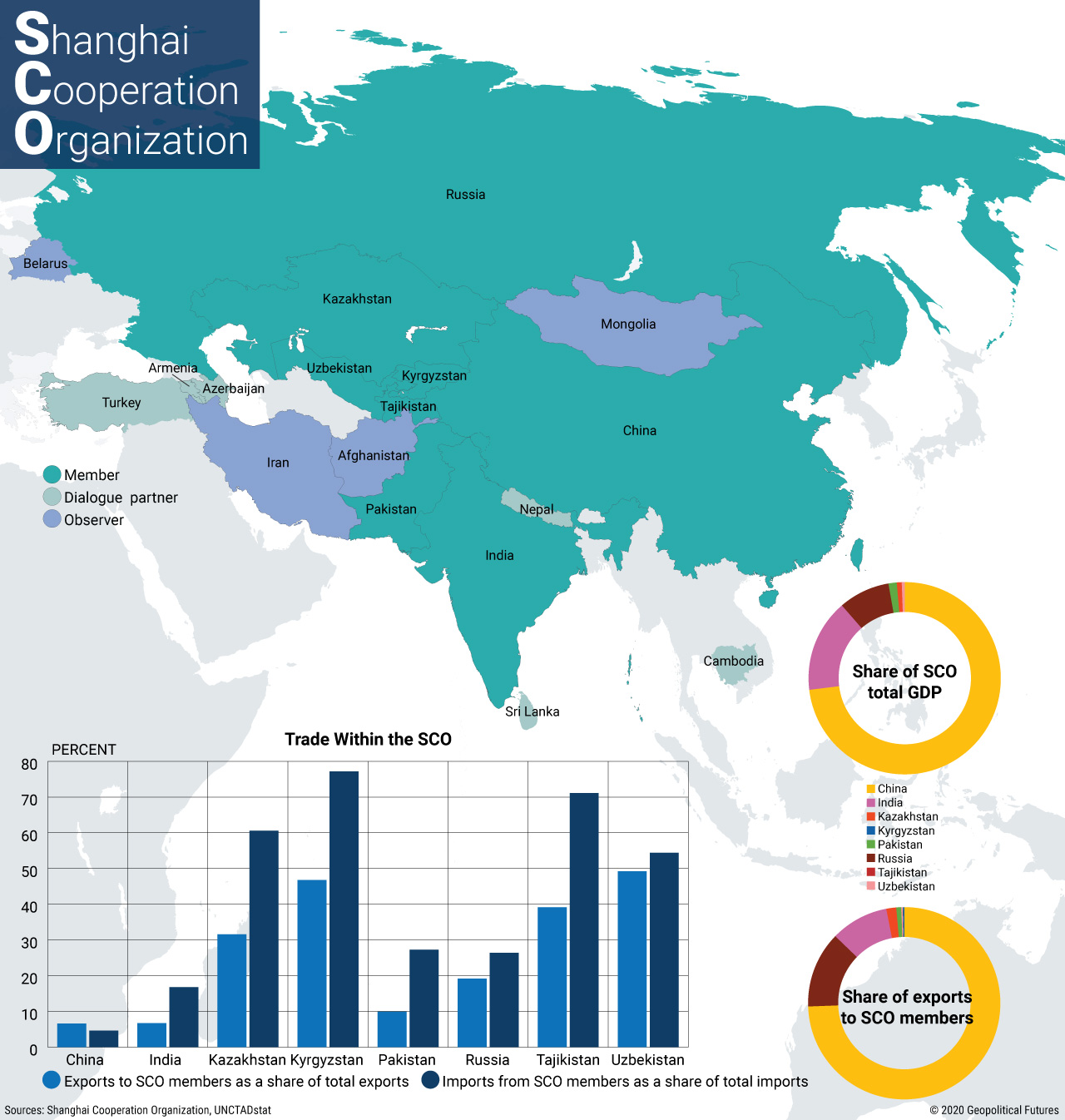 The foreign ministers from the member states of the Shanghai Cooperation Organization met in Moscow this week, ahead of a leaders summit in November. The eight-member multilateral institution was formed in 2001 out of the Shanghai Five. Its two heavyweights, China and Russia, have different priorities for the institution. Russia wants to see more security cooperation to address several ongoing issues threatening stability in Eurasia, including the conflict in Afghanistan, terrorism and drug trafficking. China wants to develop deeper economic ties with Central Asian countries, whose main benefactor is Russia.

As the host of this year’s summit, Moscow, which faces potential new sanctions following the poisoning of opposition leader Alexei Navalny, is keen to be seen as a mediator between India and China, which have clashed in recent weeks in a disputed area of the Himalayas. On Thursday, at a meeting also in Moscow between their foreign ministers, India and China reached a deal to de-escalate tensions. The detente is unlikely to last; both countries still lay claim to the same territory as before, meaning the dispute is nowhere near resolved. But by helping to establish a temporary reprieve, Russia is trying to make the case that it is a key power broker at a time when the world really needs one.