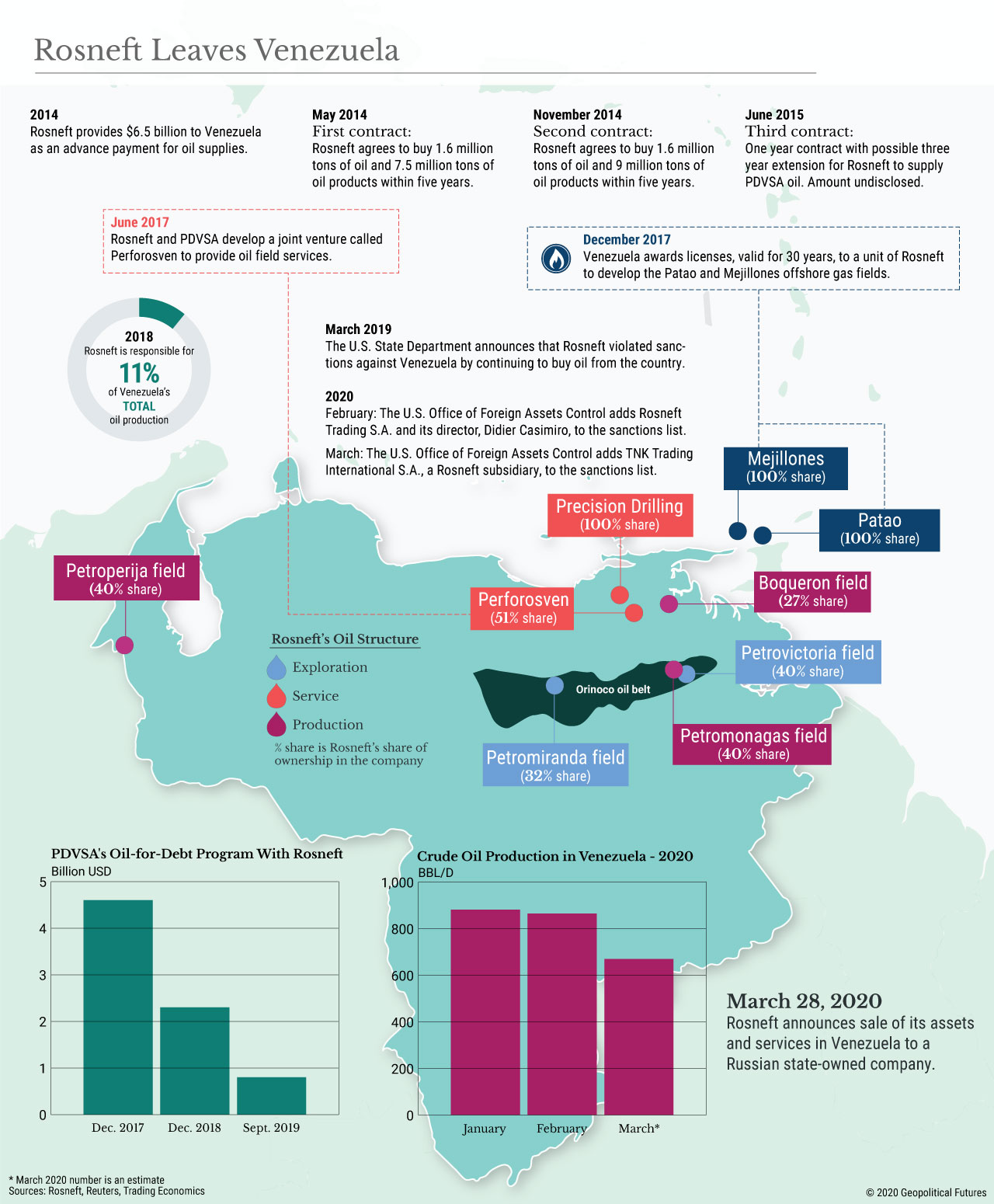 Russian oil company Rosneft announced last week that it would cease all its operations in Venezuela. The decision was not a surprise; the U.S. had imposed sanctions against two Rosneft subsidiaries – TNK Trading International and Rosneft Trading – for continuing to buy oil from Venezuela despite sanctions against such purchases. The move could, however, negatively affect the company’s image as well as its performance. Moscow remains heavily dependent on oil sales, and the recent fluctuations in oil prices have hit the country’s finances hard.

But Russia isn’t leaving Venezuela completely. Rosneft’s Venezuelan assets have been sold to a Russian state-owned company, which will acquire shares in the Petromonagas, Petroperija, Boqueron, Petromiranda and Petrovictoria oil fields as well as Rosneft’s trading operations. Venezuela is one of Russia’s few remaining partners in Latin America, so Moscow was prepared to buy up Rosneft’s assets to help support the Maduro regime. Moscow also owns a 49.9 percent stake in U.S.-based Citgo, giving it some leverage in future talks with Washington.