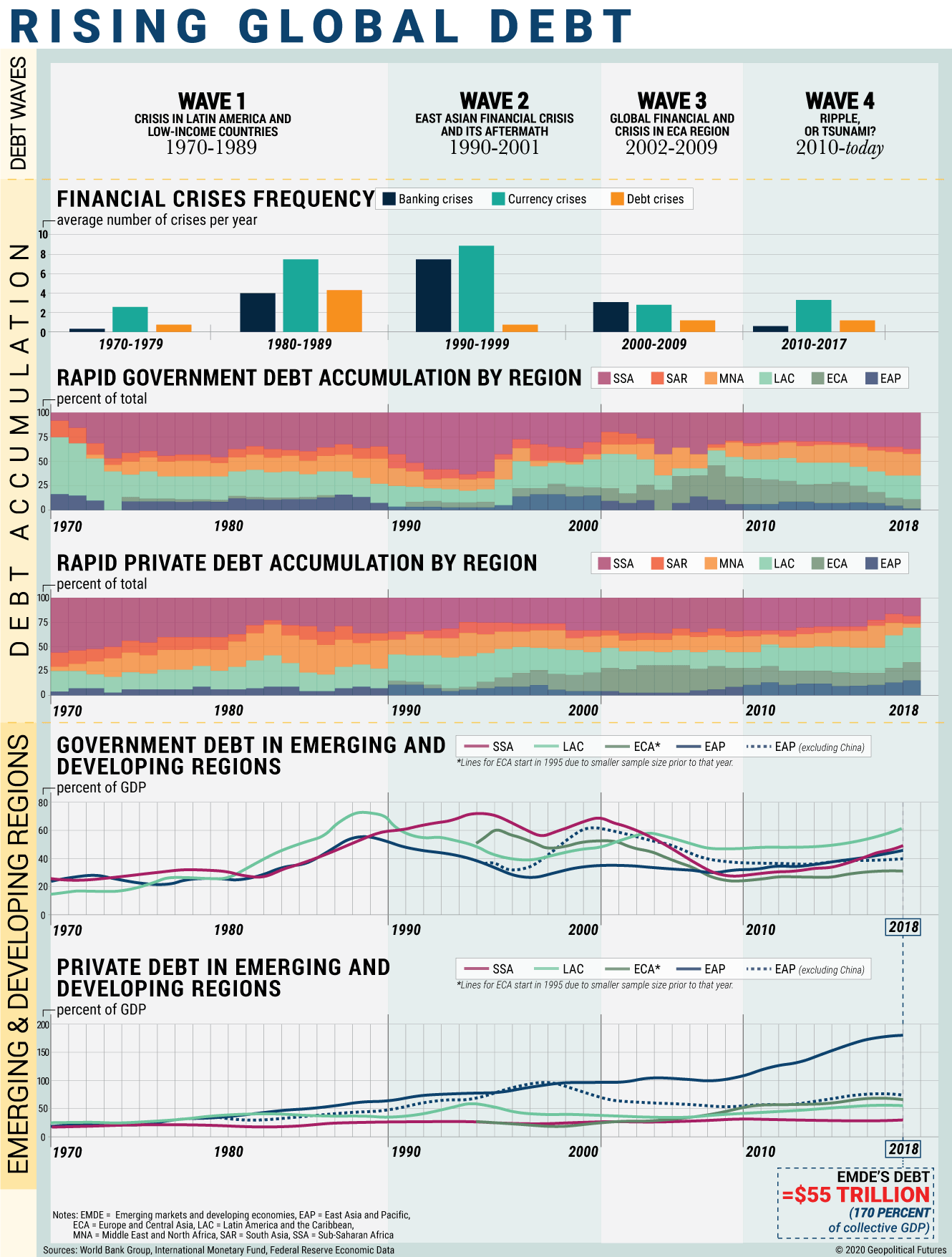 In a recent study on global debt, the World Bank warned that emerging and developing economies had accumulated $55 trillion, or almost 170 percent of their collective gross domestic product, by 2018. The report referred to 2010 to 2018 as the fourth global wave of debt accumulation. The full implications are still unclear, but the bank noted that the rate of debt growth in this period was the largest and fastest climb in nearly 50 years and affected nearly all regions across the globe. The report identified three unique features of this wave: Debt had been accumulated by both the public and private sectors, new types of creditors emerged, and the debt accumulation was not limited to any one region. 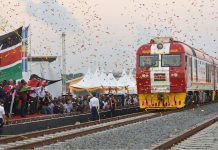