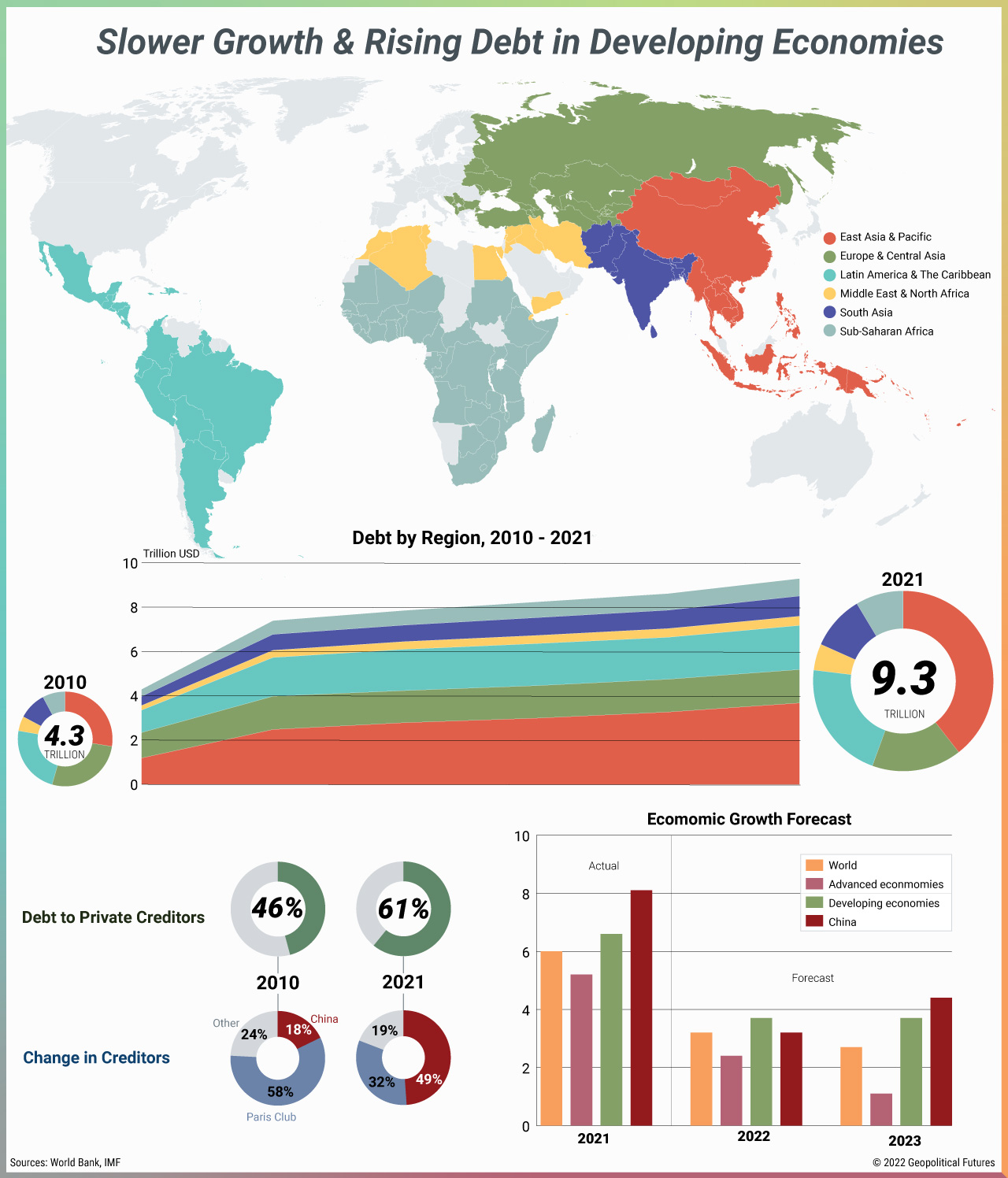 Around the globe, spiraling debt in low- and middle-income countries is threatening their pursuit of sustainable development. Between 70 percent and 85 percent of developing nations’ debt is in a foreign currency. So far in 2022, around 90 percent of countries have seen their currencies depreciate against the U.S. dollar. Government debt levels as a share of gross domestic product have increased by about $2 trillion. With interest rates rising sharply, the debt crisis is putting enormous strain on public finances, especially in vulnerable nations with deficient investment in education, health care and economic growth. As developed countries try to cope with high food and energy prices, they have been reluctant to restructure loans. As a result, several developing countries are close to defaulting and being pushed into full-fledged financial crises.