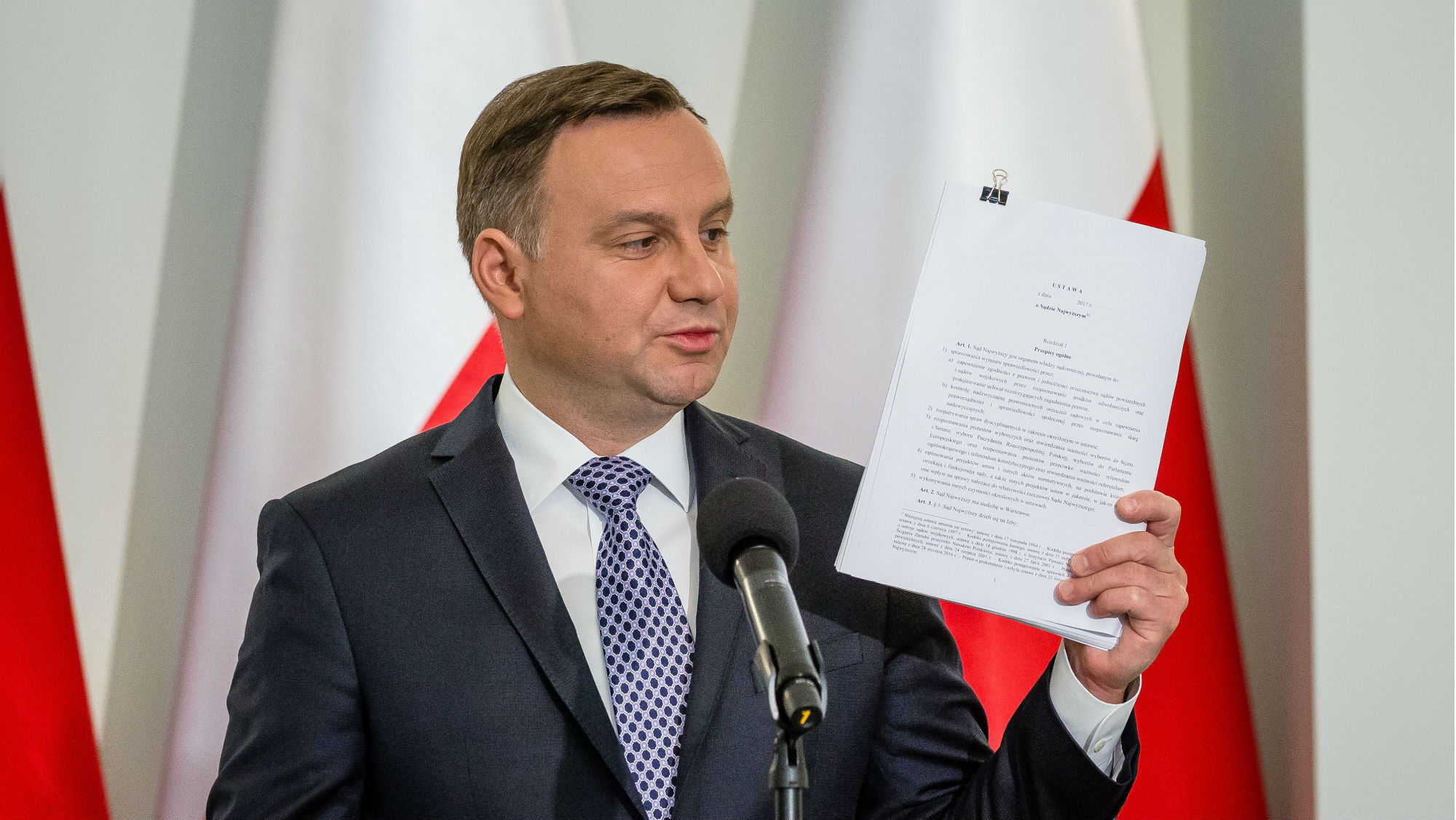 I am writing this from a hotel room in Warsaw, surrounded by memorials to Frederic Chopin, the great Polish composer and champion of self-determination for the Polish people. This is a particularly appropriate time to be here, since Poland is locked in a battle with the European Union over the question of Polish national self-determination – more than two centuries after Chopin was born.

The issue comes down to this: Poland elected a government that pledged to change the direction in which the country was moving. The new government was of the right. It opposed the policies and institutional stance of the previous, left-of-center government. The previous government had embedded its followers in various institutions, such as the courts and national radio, as governments tend to do. The new government saw itself as facing a hostile judiciary and state-owned media. And so it sought to change the management of the state-owned media and “reform” (in its terms) the judiciary.

When it tried to change personnel in both institutions, the opposition charged that these actions violated the constitution, that the government had overstepped its bounds and that it was trying to repress critics. The government countered that the opposition was trying to thwart the new government from ruling. It had been elected by a substantial majority, and it had clearly expressed its policies during the elections.

So far this is politics as usual. Examples of it abound. In the United States in the 20th century, President Franklin D. Roosevelt, facing a Supreme Court of entrenched conservatives, tried to expand the court’s size and pack it with his own supporters. He lost. In Britain in the decades after World War II, the state-owned BBC had a monopoly on broadcasting and had been staffed by Labour governments. Conservative governments accused it of being hostile to them, and attempts to change the staff were met with accusations of censorship.

These sorts of arguments are endemic to democracies with government bureaucracies. The public mood changes but the bureaucracies’ ideology remains intact. A battle ensues. Competing factions all point to dire consequences if their views don’t prevail, but a viable if not altogether acceptable solution is normally found.

What makes the Polish situation different is the threatened intervention by the European Union bureaucracy and the vocal hostility of Germany to the new government’s policies. This includes threats to suspend Poland from participation in some EU functions and various hostile claims about the Polish government.

This not only raises the stakes but also goes to the heart of liberal democracy. At the core of liberal democracy is the right of national self-determination. Self-determination, according to theorists of liberal democracy like Locke and Montesquieu, involves some sort of democratic process, a concept with a wide variety of institutional structures, all of which have at their core some sort of electoral process. There is no question that Poland’s current government was elected in a legitimate vote, and in that sense, it represents the determination of the people. The implicit claim made by its opponents is that in implementing this mandate the government violated the Polish Constitution. I am reminded of Andrew Jackson’s response to a Supreme Court ruling with which he disagreed, when he suggested that the court should have to enforce its own ruling because his government wouldn’t. Jackson undoubtedly violated the essence of the U.S. Constitution, but the republic survived.

Given that Poland’s government emerged as an act of self-determination, and given that the actions it has undertaken are not unprecedented in the annals of liberal democracy, it is strange that the EU and Germany should be so aggressive in raising an alarm over Poland. There are a number of reasons. First, the EU has a core ideology. One part of it is a commitment to free trade. The other is a commitment to a social order that is primarily secular, that seeks to overcome national distinctions and that is intolerant of intolerance. By this I mean that it embraces the doctrine that the state must not only permit variances in private life but be prepared to enshrine them in a legal system of compulsory tolerance. The combination of a commitment to free trade and a commitment to private choices being enshrined as part of public policy inevitably finds certain varieties of liberal democracy unacceptable. Nationalist exclusivity, erosion of secularism by religiosity and a reluctance to turn private freedom into something explicitly celebrated by the state are rejected. 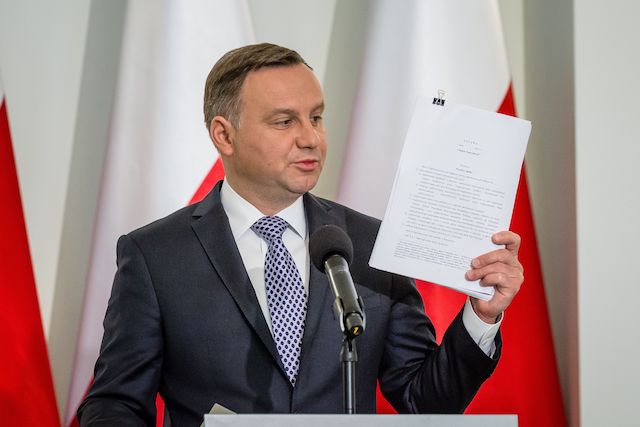 The Polish government’s misfeasance is not really about courts or broadcasting. Rather, it is about Poland deviating from the EU’s ideology. The Polish government has opposed unlimited immigration into Poland by Muslims, arguing that it would change the country’s national character. In other words, Poland has elevated national distinctions to a level unacceptable to the European Union. It insists that there is a Polish nation and that others with differing values cannot become part of it.

There is the additional question of secularism. Poland is a Catholic country, not only in the sense that many practice that religion but in the deeper sense that Polish history is bound up with Catholicism. This is true for all of Europe (adding in Orthodox and Protestantism), but for Poland this bond is far fresher. The destruction of communism in Poland, and to a great extent in Eastern Europe in general, was deeply dependent on the Polish Catholic Church, which encouraged and protected the resistance movement against communism and against the German occupation that preceded it.

When Catholicism was seen as an anti-totalitarian movement, the Europeans celebrated it. When it was discovered that the Catholic Church was not just a nongovernmental organization demanding human rights but was also truly Catholic – a religion – Europeans cooled to it. When the Catholic Church, always deeply embedded in Polish political life, pursued positions on private life unacceptable to the EU’s ideology and was entwined with the new government, the hostility jelled.

The Polish government represents a fundamental challenge to the EU. The EU promoted an ideology in which national distinctions were to subside and be replaced by a European ideology. Since 2008, resistance to the priority of Europeanism over national identity has increased. This is what motivated the Brexit. Poland and some other Eastern European countries have been particularly unwilling to abandon their national identities. In Poland’s case, this national identity was tied to public religiosity – a religion unwilling to be confined to the private sphere and unwilling to accept the EU’s views on the state’s affirmation of a variety of behaviors.

The EU’s ideology became more problematic after 2008 as the economic benefits of membership declined. The EU has sought to protect its moral and social principles in the face of this decline. The Polish government directly challenges this ideology. If the idea of Europeanism weakens and the idea of the nation rises, while Europe fails to return to its pre-2008 prosperity, then the moral principles binding the EU will wither.

There is a reason Eastern Europe – Poland and Hungary, in particular – are championing this. Poland was sovereign for about 20 years during recent centuries. It lost its sovereignty to Germany and Russia. Losing it again to the EU, whose economic promise is in question and which demands the right to judge and guide Poland’s internal life, seems like a bad deal. Eastern Europe has struggled for its sovereignty for a long time. Sovereignty means not bending your knee to a greater power.

But for the EU, Poland and Hungary are mortal challenges. They have defined being European in a certain way. Poland and Hungary are reclaiming their right to their own national identity. The spread of the idea of national identity over EU values leaves the EU as an economic relationship, an elective affinity based on what the EU brings to the table. The EU is configured to judge its members. If the Polish (and British) disease spreads, the members will be judging the EU.