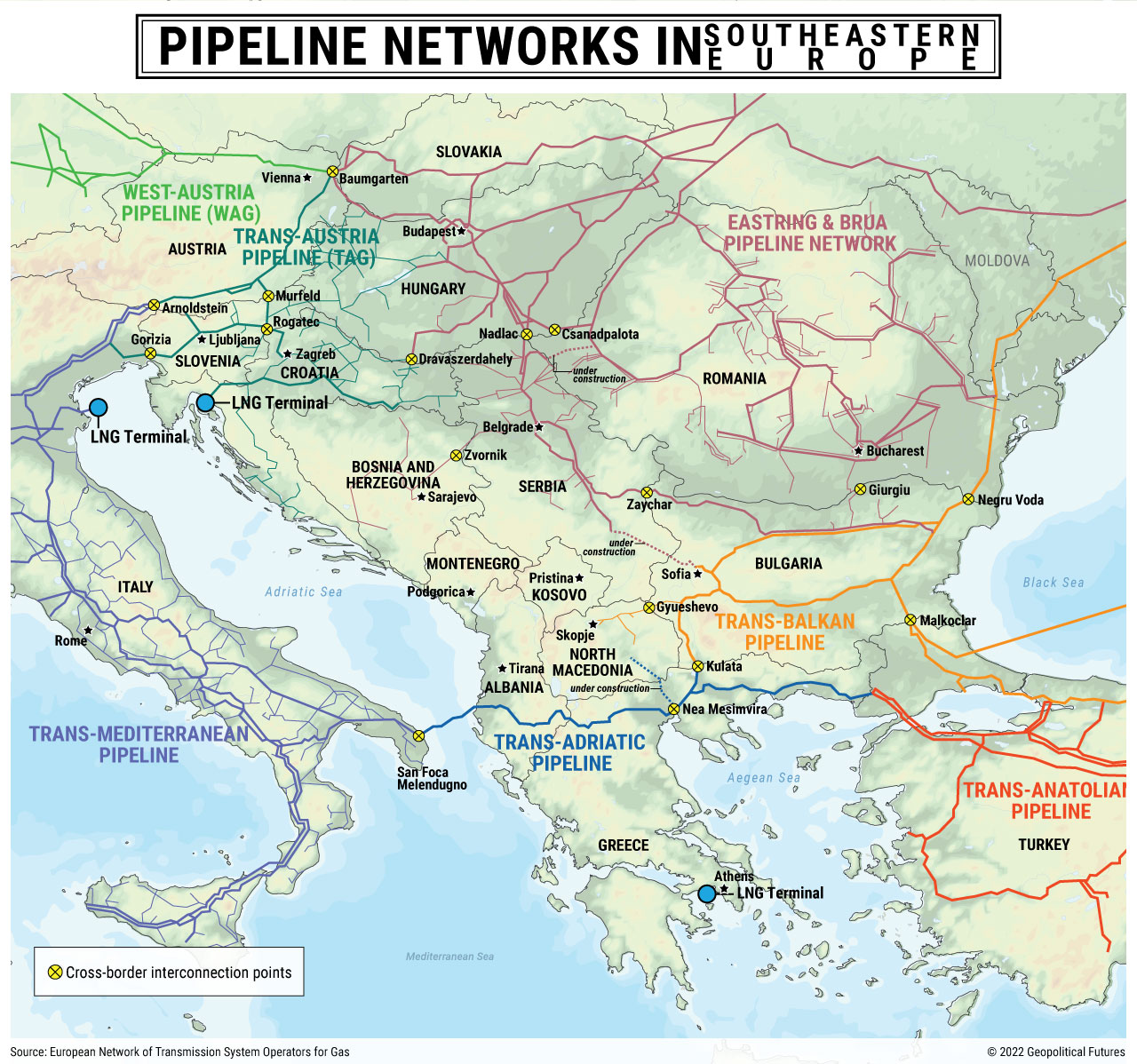 Europe has seen record prices for natural gas and electricity in recent months, due largely to the invasion of Ukraine by Russia, a major supplier of energy to the Continent. Southeastern Europe is particularly vulnerable to the socio-economic implications of these rising costs, considering the region’s political and economic fragility and its reliance on energy supplies from Russia. Hungary is highly dependent on Russian energy and recently signed another deal with Moscow for more gas. Bulgaria, Serbia, Bosnia and Herzegovina, and North Macedonia also rely heavily on Russian supplies. Meanwhile, electricity infrastructure in many parts of the region is in need of repair and investment, which will become increasingly important as countries look for alternative sources of energy.

The current pipeline system is focused on Russian supplies flowing through the Trans-Balkan pipeline as well as gas from Azerbaijan through the Trans-Anatolian pipeline. The BRUA network links Bulgaria, Romania, Hungary and Austria to these supplies through a series of interconnectors. Now countries are considering ways to tap into other sources. Serbia, for instance, is looking to build interconnectors with Romania, Bulgaria and North Macedonia to access gas from Azerbaijan and Romania. But such projects take years to construct, meaning countries in Southeastern Europe will remain dependent on Russian energy for the time being. The situation is somewhat different when it comes to liquified natural gas, since it can be supplied by road from major terminals. But many heating systems are made to work on natural gas rather than LNG, meaning these systems will also require replacement or adaptation, and therefore more investment.