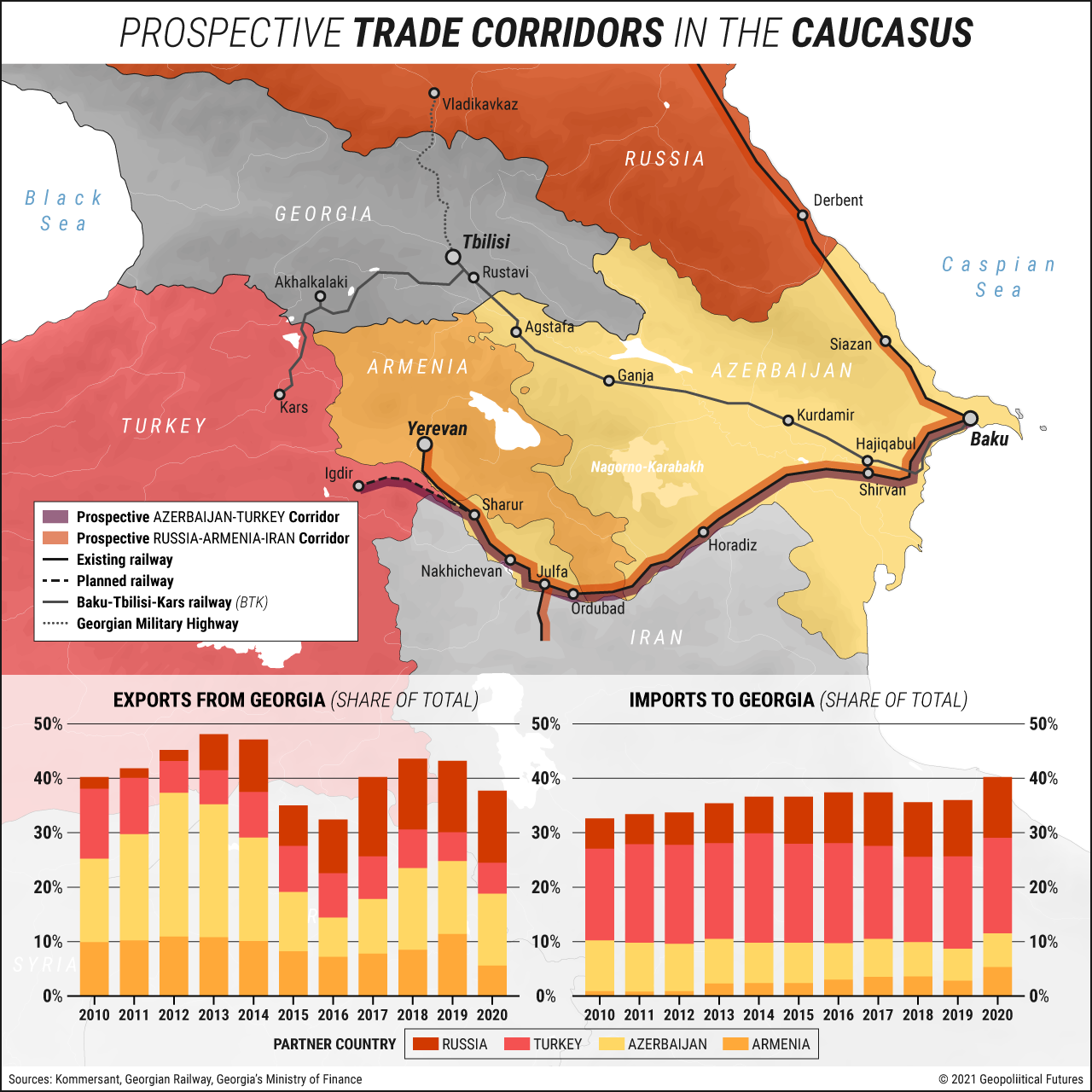 After signing a cease-fire deal that ended the war in the disputed region of Nagorno-Karabakh in November, Russia, Armenia and Azerbaijan reached an agreement in January to reopen transport links through their countries. They agreed to unblock Soviet-era rail lines that had been disrupted after the Nagorno-Karabakh conflict erupted in the late 1980s. Trade throughout the region became even more difficult following the war in Abkhazia in 1992-93, when rail routes between Russia and Georgia were severed. Though the Georgian Military Highway connects Russia with Georgia (as well as Armenia through connecting highways), it’s regularly closed due to poor weather conditions.

The plan will open up trade and economic opportunities for the participating countries, but it will also have some drawbacks, particularly for Georgia. It will enable Russia to bypass Georgia in order to reach Turkey and Armenia by rail. It will also give Azerbaijan access to the Azerbaijani enclave of Nakhichevan. The importance of the Georgian Military Highway will decrease sharply, and Russia may no longer be interested in reopening an existing rail route to Abkhazia. In addition, the importance of Georgia’s Black Sea ports of Poti and Batumi may diminish.

Georgia fears that the project will jeopardize its ability to use transit to increase its geopolitical position and as a bargaining chip in negotiations with Russia, which currently needs access to Georgia to reach Armenia. In addition, the plan calls into question the efficiency of the Baku-Tbilisi-Kars railway, which began transporting goods from Azerbaijan to Turkey through Georgia just last month. 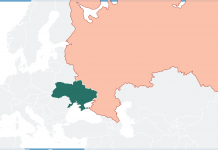