Days after a humiliating withdrawal from the city of Kherson, Russia launched a massive missile strike across Ukraine. There are widespread power outages in the country and likely multiple deaths, but the alarming news happened next door in Poland, where at least one missile may have landed, killing two people. All we know so far is that something caused a crater and damaged grain dryers on Tuesday afternoon near Przewodow, less than five miles from the Ukrainian border and about 40 miles north of Lviv, Ukraine. 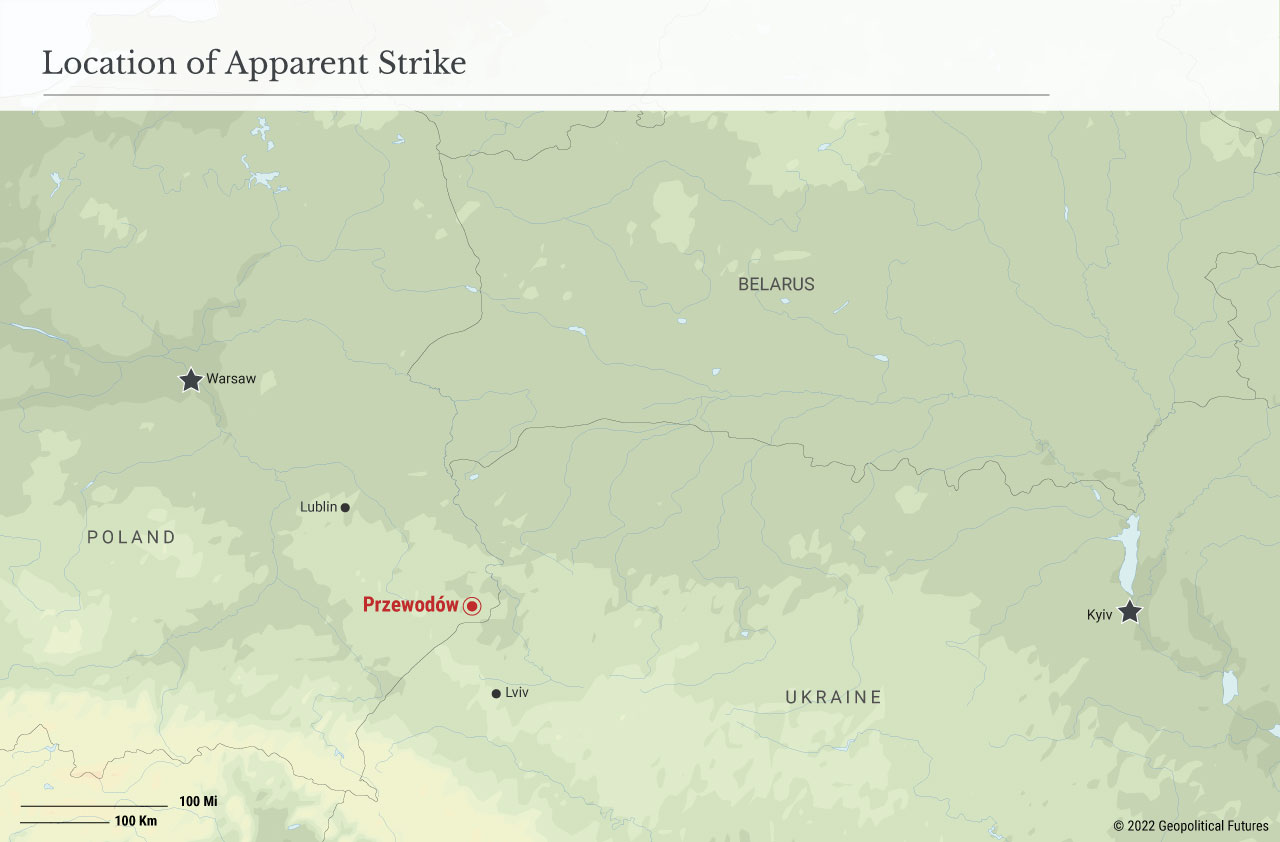 Poland’s prime minister convened an emergency security meeting, according to a government spokesman, but he provided no reason for the meeting. No official sources in Poland, NATO, Ukraine or Russia have confirmed the attack, but an anonymous U.S. intelligence official told the AP that Russian missiles were to blame. (The Pentagon has said it could not corroborate the reports.) If it did occur, it would be the most serious moment in the nearly nine-month war because unlike Ukraine, Poland can invoke Article 5 of the NATO Treaty, obligating every other member to come to its defense.

Possible explanations for the incident include a deliberate Russian escalation intended to coerce the West into pressuring Ukraine to submit to Russian demands; an accidental strike by Russia; an accidental strike by (or debris from) a Ukrainian air defense system; or even something totally unrelated, such as a grain dust explosion, which occurs when an ignition source meets accumulated grain dust in a confined space.

All we can say for sure is Russia has not formally declared war on Poland or NATO, and the next move will certainly come from Warsaw and Washington. The U.S. commitment to avoiding a NATO-Russia war has not changed and likely will not change because of something that could be explained away as an accident. If Russian involvement is confirmed, Ukraine, Poland and some of its neighbors will surely demand a strong response. But the West has effectively exhausted its most significant sanctions options: Europe is not ready for a gas embargo, the oil price cap is proceeding but won’t be ready immediately and Hungary has obstructed other measures. The likely response, then, would probably involve an escalation of military support for Kyiv, to include Western-made aircraft and armor.