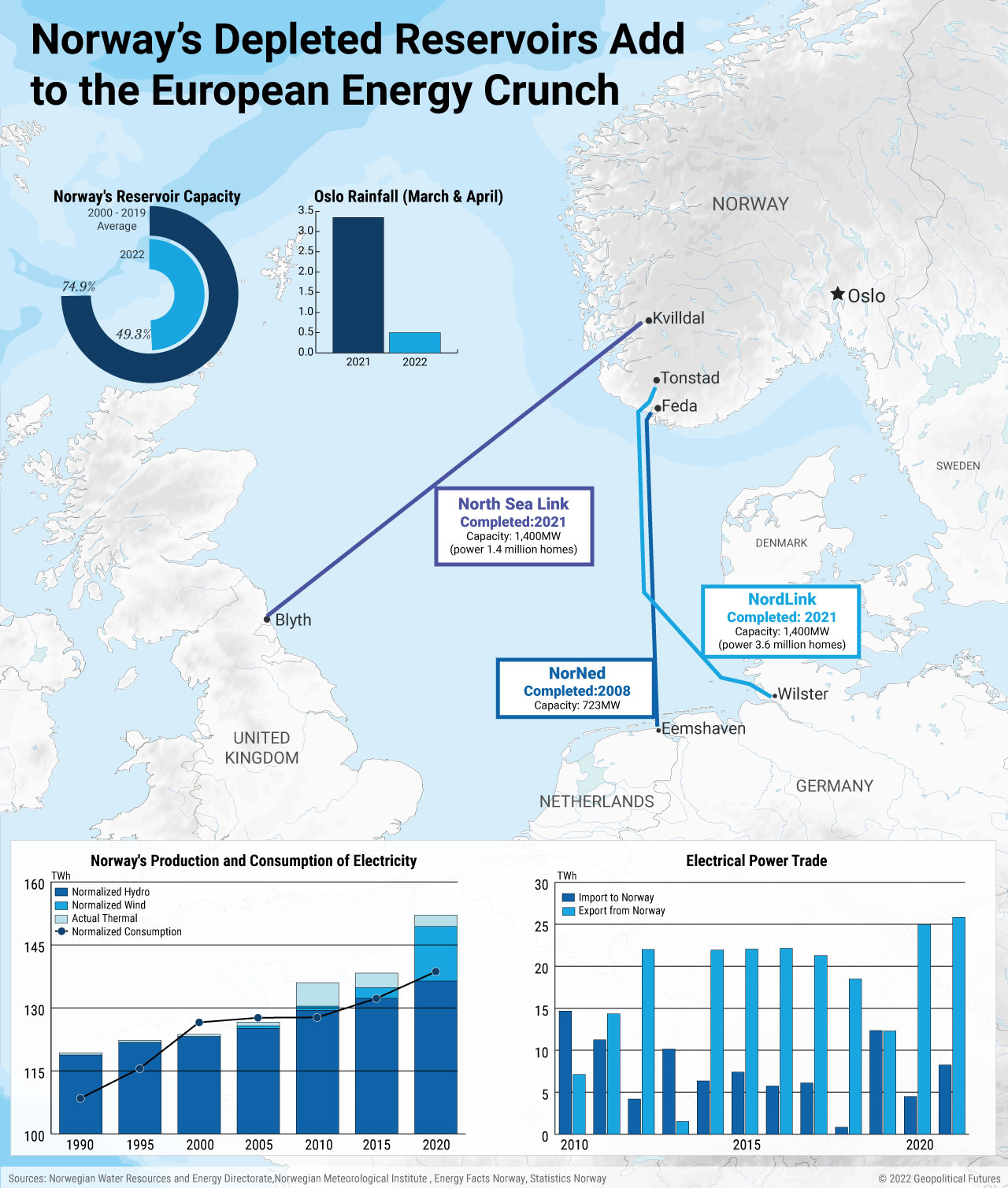 Norway is one of Europe’s most important alternatives to Russian energy supplies. In the wake of Russia’s invasion of Ukraine, EU countries sharply increased electricity and natural gas imports from the Nordic country. But despite its sizable reserves and electricity generation, Norway is proving not to be as stable as hoped. Facing low water levels for hydropower plants and fearing domestic power shortages, Oslo is considering reducing electricity supplies to Europe, which could lead to electricity rationing and higher prices in Europe this winter.

This would push up costs in Europe at a time when inflation is already elevated. However, if Norway can increase its electricity production by building gas-fired power plants, then the question will be whether Norwegian gas can substantially replace Russian gas in the European market. One way or another, a difficult winter lies ahead for Europe.